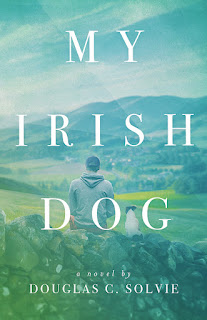 Spencer held on to the faintest of hope, but still he knew the trip to Ireland had almost no prospect of remedying his internal dilemma. Then again, he never imagined that a chance meeting with a lost and dying dog named Shandy would change his life forever.

Step into the small Irish village of Galbally, where the unwitting Spencer stumbles headfirst into a parallel world that will test his will, sanity, and even physical well-being.

Time and promise are running out. Will unnatural forces and events scare Spencer away before he can connect again with the mysterious dog? Will he find his way forward before Shandy meets her inevitable fate? Or will suspicious locals and a nefarious Dublin innkeeper force Spencer from the village before he completes his life-altering mission?

Follow Spencer as he races to save a little Irish dog named Shandy. If he only realized that it is Shandy who is trying to save him...

I’m not sure how to describe this book. There is no question it was an enjoyable read. The words flowed like water. The book has intertwining stories and yet they are never once confusing. And the main character, Spencer, became someone almost anyone could identify with.

However... would a black and white thinker like me ever believe such an Irish story. Of course not...and yet...it all fit together somehow. One of those enjoyable stories where enveloping every idea or even being able to agree with everything just doesn’t really matter.

This is Douglas Solvie’s debut novel. He was afraid he wouldn’t have the imagination. Well, I’m the “prove it to me” kind and I loved every moment of it. Write some more.

“Good morning,” Spencer greeted her. “Do you remember me?”

The woman stood in the doorway and did not respond immediately. “No, I can’t say I do,” she finally said with a blank expression.

Spencer felt a wave of dizziness overtake him.

“I was here a couple of days back and dropped off that little dog, which you kindly took from me,” he said desperately. “Anyway, I have been worried about her and wanted to make certain that everything had turned out all right.”

“I’m sorry,” the woman said warily, “I really don’t know what you’re talking about or who you are. You must have made some kind of mistake. We don’t have a dog and never have. And I’ve certainly never seen you before.”

Spencer was incredulous, his smile falling slowly. He also felt a little defiant.

“Excuse me, but I was here just two days ago. I told you I had found a stray dog that I didn’t know what to do with, and you agreed to take her from me. You said your husband would deal with the matter once he got home that night.”

“Listen, you have obviously made a mistake,” the woman said. Spencer winced inside; the woman was now the defiant one. “I have a husband, but I have no idea what you are talking about. Are you sure it wasn’t some other house?”

For a moment Spencer thought he might have gone crazy. He peered through the door, and though he could hear the sound of children inside, he could not see them. 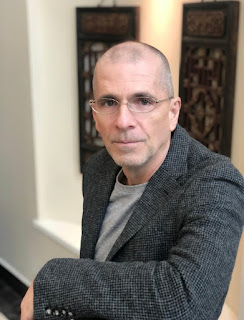 My Irish Dog is the debut novel by Douglas Solvie and was motivated by a trip taken to Ireland and the chance discovery of a lost dog there. After spending most of his adult life living and working in Japan, Douglas is currently living in his home state of Montana. He hopes to make a new career out of writing and to travel the world, looking for inspiration for that next book, perhaps another set in beautiful Ireland. My Irish Dog is, after all, a story with a lot of unanswered questions.