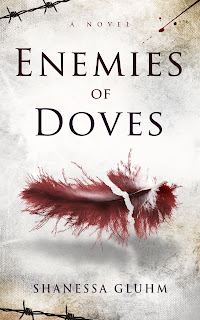 On a summer night in 1932, twelve-year-old Joel Fitchett wanders into an East Texas diner badly beaten and carrying his unconscious brother, Clancy. Though both boys claim they have no memory of what happened, the horrific details are etched into their minds as deep as the scar left across Joel’s face.

Thirteen years later, both men still struggle with the aftershocks of that long-ago night and the pact they made to hide the truth. When they find themselves at the center of a murder investigation, they make a decision that will change everything. A second lie, a second pact and for a time, a second chance.

In 1991 college student, Garrison Stark, travels to Texas chasing a rumor that Clancy Fitchett is his biological grandfather. Clancy has been missing since 1946 and Garrison hopes to find him, and in doing so, find a family. What he doesn’t expect to discover is a tangle of secrets spanning sixty years involving Clancy, Joel and the woman they both loved, Lorraine.

Told in alternating timelines from World War II to 1992, Enemies of Doves is a tale of family secrets, jealousy and deception perfect for fans of Kate Morton and Allen Eskens.

Normally books that jump back and forth in time from one chapter to another irritate me. Not this one though. I’m not sure how Shanessa Gluhm manages to put together such a cohesive story this way. A story that I almost couldn’t wait for each chapter to change so I could see what was happening in the life of Joel and Lorraine OR the life of Garrison and Molly. Don’t get me wrong this is not a love story. It’s a story about 2 brothers growing up in in the 40’s and 50’s and a son in the 1990’s who has lost his parents and is looking for more family, just because of a few words from his very sick grandmother.

I think you have already deduced that I thought the characters were great. Each has his or her own personality and even the side characters are well-defined. This is almost like 2 stories with inter-relating threads. Once again, I’m having to mention I don’t know how an author could make all of this come together. Never once was this confusing.

What this book was, however, was that it was strong enough to make you want to have things turn out your own way. Diverse enough for different people to have different views and most of all...full of twists and turns you will never figure out til the end.

This is a doozy of a debut novel. Thought I’d use doozy for a little of that Texas atmosphere. That and I can’t think of a better word. You need to read this and Shanessa Gluhm needs to write more.

Joel woke up to a white world: white walls, white sheets, a white pitcher of water, and a stranger wearing white. White like Mama’s favorite flowers, white like the coat Daddy wore to work, white like the doves that…
No, don’t think about doves. Don’t think about doves ever again.
The white was better than his last memory: black. Ravenous black. It had swallowed everything.
Harsh light speared into the room, painting sharp rectangles on the linoleum floor. Joel blinked involuntarily. The lady in the white uniform noticed. “He’s awake!” she called. “Mrs. Fitchett, he’s awake!”
Mama and Daddy charged in, talking at the same time, asking the same questions.
“I’m okay,” Joel said.
Mama’s hands hovered a few seconds before settling on his arm. “I’m sorry we weren’t here. I told your daddy we shouldn’t both leave but—”
“Are you in pain, son?” Daddy rarely let Mama finish a sentence.
“My stomach hurts.” Joel didn’t recognize the sound of his own voice, so small and croaky.
“Nurse! Bring this boy something for the pain,” Daddy yelled.
“A magnesia tablet.” Mama put her freezing hand on his forehead. “He might have a fever too.”
The nurse let out a noisy breath. She didn’t bother with his temperature, but the two bone-white pills she handed Joel appeased his parents, got them quiet at least. Joel raised his head, sweat-soaked hair sticking to his forehead. Or was it blood? He touched the bandage covering his face and winced. The details of the night before seeped into his mind. He could think of nothing that wasn’t contaminated by this memory.
The pills tasted like chalk and made his throat burn. “Can I have some water?” Before anyone responded, two taps at the door drew their attention away from him, away from that perfect pitcher of water.
Mama rubbed her forehead. “Can’t we go ten minutes without a knock on the damn door?” Joel knew Mama must be upset to use a word like that. Nancy Fitchett taught Sunday School and had taken soap to Joel’s mouth for less.
“Oh, for god’s sake!” Daddy threw up his hands. “He just woke up. Give us a minute with our boy.”
Two figures stepped through the door. A cigarette hung immobile in the mouth of the stubby police officer in front. “I understand, Mr. Fitchett, but the more time that goes by, the more victims forget. It’s vital we speak now.”
Forget? Joel knew better. He couldn’t forget, not till heaven anyway, and at twelve, heaven was a long wait.
The other officer stepped from the shadows. Like Dick Tracy, he wore a black suit and fedora instead of a uniform. He looked at Joel like he already knew the truth or could figure it out in the same effortless way Detective Tracy did in the comics. “Truth is,” —he reached into the hallway and pulled Clancy into the room — “we can’t get any information from this one. We hope your other boy will be more cooperative.”
Joel’s head sank into the pillow. So, Clancy hadn’t told. Even now, he only wanted to protect his little brother. Poor kid looked scared out of his skin.
“You all right, Joel?” Clancy’s voice shook.
“Don’t you worry about me, Clancy. I’m as right as rain, good as gold.”
“Nice as nectarines,” Clancy said. They often played this game, but Joel couldn’t think of another simile, so he offered a smile instead. It hurt like hell, but he wanted to assure Clancy he was okay. Joel was only a year and a half older, but the gap felt wider. Joel had always been mature for his age; everybody said so.
“I have nothing to say, sir,” Joel told Dick Tracy. His voice was still high pitched, but he tried to make it boom like Daddy’s. Tom Fitchett had a way of making people listen when he talked.
“And why’s that?” The tiny officer lit his cigarette.
“I don’t remember what happened.” The bed gave a muffled creek as he adjusted his position.
The detective looked at his partner. “Get Clancy out of here, will you? And the folks too.”
“We won’t leave.” Daddy pushed his shoulders back.
“Have it your way. Look here, Joel; we know who did this to you.”
The words made Joel forget his stinging face and terrible thirst. He watched a cockroach scuttle into a floor crack. Did they know? No one was around for miles. He was bluffing.
“Then go arrest the bastard,” his father said. “Don’t waste time traumatizing injured and frightened boys.”
Had Joel heard Daddy right? Had he demanded these important men, lawmen, stop traumatizing his boys? Something he did for sport? How strange to have Daddy in his corner for once.
“You may reconsider your statement when you learn who hurt the boy.”
“Impossible!” Daddy slammed his hand on Joel’s tray and knocked over the pitcher of water. Mama grabbed a towel and sopped it up. Even in crisis, her instinct to clean up Daddy’s messes took over. “Who did this?!” Daddy yelled.
Joel cringed, but at least this time Daddy’s fury flew at somebody else. Joel took a few deep breaths. Maybe if he stayed calm, everyone else would calm down too.
“It was him.” The officer stuck his finger in Clancy’s face.
Mama clutched him tighter, her arms a shield against the accusation.
The detective knelt in front of Clancy. “You did this. The only question I have is why?”
The room spun again. Joel looked for an anchor, but the patterns on the linoleum played leapfrog, and the walls closed in. His parent’s gasps faded into the white surrounding him, and once again, the world went black.
***
Excerpt from Enemies of Doves by Shanessa Gluhm. Copyright 2020 by Shanessa Gluhm. Reproduced with permission from Shanessa Gluhm. All rights reserved. 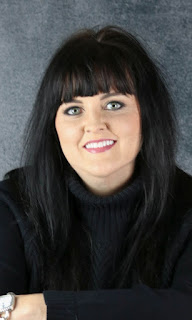 Shanessa Gluhm works as a librarian at an elementary school in New Mexico where she lives with her husband and children. It was during her own elementary days when a teacher encouraged Shanessa to write and share stories with the class. She hasn’t stopped writing since. Enemies of Doves is her debut novel.

Catch Up With Shanessa On:

This is a rafflecopter giveaway hosted by Partners in Crime Virtual Book Tours for Shanessa Gluhm. There will be 2 winners of one (1) Amazon.com Gift Card each. The giveaway begins on June 1, 2020 and runs through June 16, 2020. Void where prohibited.