Embrace of the wild 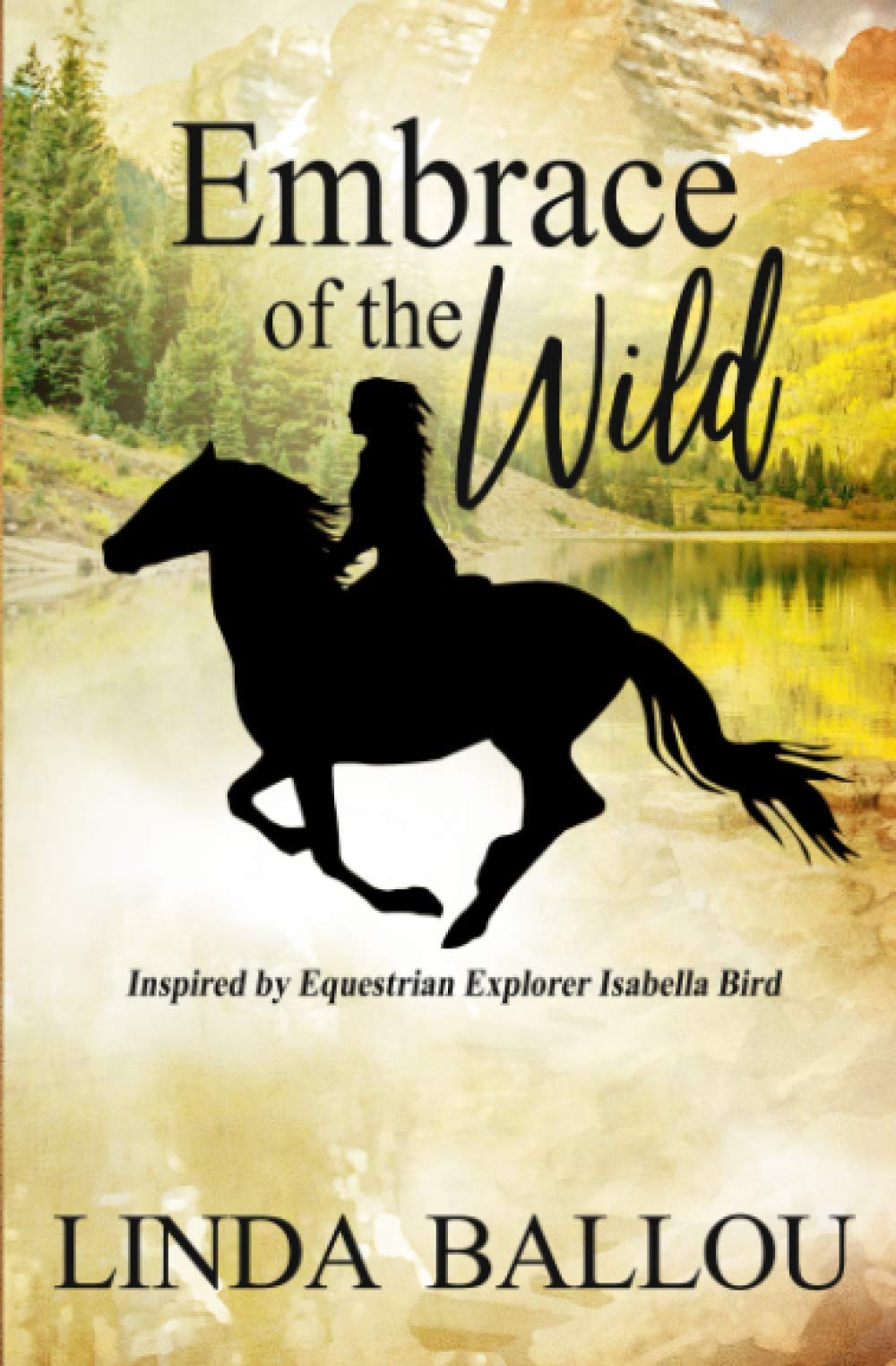 Free spirit and fearless explorer Isabella Lucy Bird’s desire to travel and write about her adventures is not what her Evangelical parents had in mind for their daughter. A strong-willed woman with a keen intellect and curious mind drove her forward, but frail health prevented Isabella from leading the vibrant life she so desired. At the age of forty, she pushed all social convention aside, ignored failed remedies of the doctors and embarked on a world voyage in 1873 that changed her forever...

A six month detour in the lush Hawaiian Islands gave her new strength and stamina. A tenacious horsewoman she rode with Hawaiian natives up the flank of Kilauea to the fiery home of the Goddess Pele’s and into the depths of Waipio Valley where the gods come close. From there, she determined to explore the wonders of Colorado, where she rode 800 miles solo on her mare Birdie. In Estes Park she met an unlikely soulmate in the form of the mercurial character named Rocky Mountain Jim. She prevailed upon him to guide her up Longs Peak. Jim shared the majesty of his realm, allowed her to know the embrace of the wild and opened the floodgate to repressed sensuality.

Hers is a story of raw courage, tenacity and unflagging desire to be true to her destiny.

Excerpt from Embrace of the Wild

The narrow track now slippery with red mud was treacherous. My mare struggled for traction with her legs sliding out from under her. Cascades streaking white down the cleft of the pali dislodged rocks that rattled down the mountain. At times the rain was so dense, I lost sight of Kilani who forged ahead undaunted. We crossed several smaller gulches with rushing water up to my horses belly without incident. But, when we arrived at the lip of Hakalau gulch lost my conviction. Foaming water broiling in a riotous rush to the sea had risen half way up the side of the water corridor. Limbs of trees and leaves swirled in a muddy chaos below. The thunderous sound of breakers crashing on the sea cliffs filled me with dread. If I didn’t drown in the river, I would surely be crushed on the rocks by the pounding sea. I decided I would prefer spending a night in the rain on the shore over attempting this crossing.

Two native men on the other side of the raging torrent had lassoed the horse of a woman trying to reach the other side. With ropes tied to trees they were pulling her to the shore. Her horse floundered falling backwards into the brew. The woman went into the drink. She clung to the horn of the saddle while her body was caught in the current. With a herculean effort the men pulled the flailing animal to the shore. The horse found purchase and the woman was rescued.

Kilani was not dissuaded by the perilous crossing we just witnessed. She stood on the edge of the gulch prepared to jump into a certain death. The men threw the lasso over her horses head and she pressed her horse forward. My heart was in my throat as I watched her being picked up by the roiling water and sent spinning downstream. I screamed over the wild chorus of the river for her to face the flow. She was attempting to cross sideways with her horse completely submerged up to its head. She managed to swing around to face the torrent and the men were able to pull the wretched animal towards the shore. The horse’s eyes rolled white with fear, snorting and puffing as it struggled with every ounce of it’s being to find footing on slippery rocks while the rain pounded even more intensely. Kilani managed to gather herself back onto the horse as it lurched up the far bank of the river. I could only hope for her that her husband’s affections would be rewarded in kind.

I made my decision not to follow her lead to a sudden death. But, as I was about to turn back a lasso was draped around my mare’s neck. Without so much as an “Are you ready?” I was pulled into the roiling drink. Instantly immersed up to my neck, I had no choice but to press forward. I spurred the hapless animal beneath me with all my might. She was swimming toward the far side, but we were drifting towards the sea. I yelled for help over the roar to no avail. My screams were swallowed in the roar of the ceaseless foaming rollers below. This looked to be a sad ending to my new found freedom.

From shore Kilani screamed “Spur. Spur. Spur.” Both men were on the rope they pulled taunt around my horse’s neck. They secured their feet on boulders and grunted with each pull giving a small release so they did not choke her to death. The animal was gasping, and gave out a sorrowful whinny that shook her entire body. I was lifted by the water out of the saddle. My arms were being pulled out of their sockets as I clung to the big horn of the Mexican saddle. The rain was blinding and I was about to let go and join the spirits in the underworld of Po. Suddenly, my mare found a reserve of strength and lurched forward. With the help of the men pulling her, she was able to swim close enough to the shore to scramble up the slick wall of mud and out of the torrent.

Upa finally arrived with a mule in tow. The men tossed him the rope that he put around the creatures neck. He deftly hopped rocks, dove into the muddy brew and navigated the charging river like an amphibious creature leading the mule behind him. He laughed loudly when he reached our party on the other side.

My horse stood trembling. My teeth chattered involuntarily. The tumult of blinding rain had not ceased. I didn’t feel lucky. 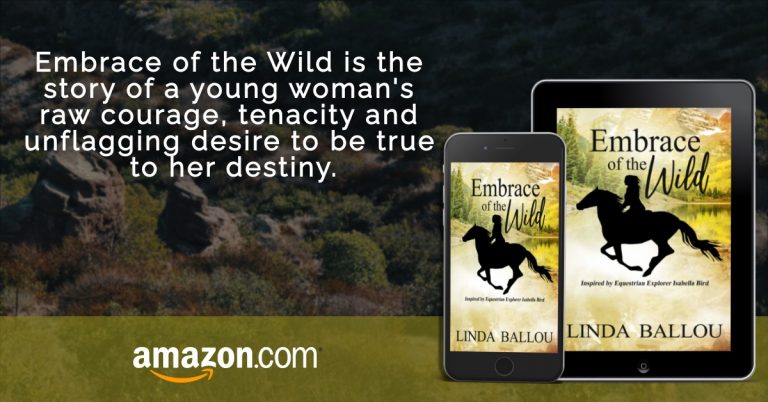 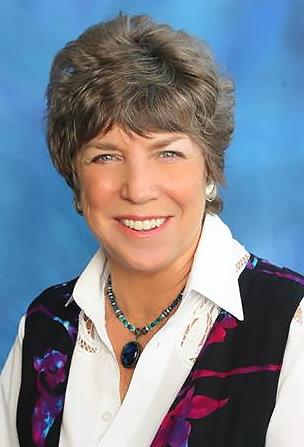 Linda Ballou has long admired Isabella Bird, the plucky Englishwoman who rode with abandon in the Hawaiian Islands and the Rocky Mountains in 1873-74. Her article Riding in the Hoof Prints of Isabella Bird won the Solas Award offered by Travel Tales publications. Embrace of the Wild is a tribute to a courageous woman who crashed through social barriers to become the best loved travel writer of her time. This historical novel also demonstrates Linda’s personal conviction that nature can be our salvation. A theme that runs through all of her work.

Nothing pleases adventure-travel writer Linda Ballou, more than seeing gorgeous country from the back of a good horse. She has had the pleasure of staying at guest ranches in Montana, Wyoming, Colorado, Arizona and California, along with horse treks in Ireland and Ecuador. Her articles have appeared in Equus, Horse Illustrated, California Riding Magazine and numerous travel publications. Her story Irish Mist recounting her cross-country jumping adventure in Ireland appeared in the anthology Why We Ride. Writing The Cowgirl Jumped Over Moon, a novel that takes you from the Grand Pix jumping circuit to the John Muir Wilderness, was her way of dealing with an injury that forced her to leave the jumping world behind. Cowgirl was a finalist in the Indie Excellence Awards, and was the Founder's Choice at the 2017 Equus Film Fest in New York.