Love Has No Limits

This post is part of a virtual book tour organized by Goddess Fish Promotions. Armine Papouchian will be awarding a $20 Amazon/BN GC to a randomly drawn winner via rafflecopter during the tour. Click on the tour banner to see the other stops on the tour. 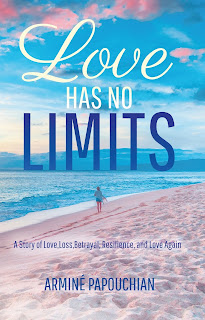 At sixteen, Armine fell in love for the first time and lost that love for the first time. She was the youngest daughter of three in Armenia and the only one underage when her parents decided to immigrate to the United States. She had to go with and leave her beloved Alex behind. Her parents saw a land of opportunity while Armine saw heartbreak. It wasn’t the end of her story with Alex and certainly not the end of her life,as it had felt at the time, but there was more pain to follow... Sixteen-year-olds are resilient, but even when losses and hurt came calling repeatedly throughout Armine’s life, she had the strength to love and to rise again and again. Even as life moves on for Armine and Alex, their lives intersect again and again over the course of thirty years. Through deaths and divorces, their lives never quite line up from their opposite sides of the globe. Love Has No Limits is Armine’s story of keeping faith in oneself and in love despite heartbreak, betrayal, and loss. It reveals the joy available to those who rise and rise again.

Throughout the early ’80s, I had been dating here and there, some longer relationships than others but I wasn’t feeling the connection I was looking for with anyone. There was Ed, who was Armenian and went to USC studying engineering and seemed like a nice guy, but did not seem to have a backbone to stand up to his parents. His parents did not take my education very seriously and expected that once we got married, which we were not even discussing, I would be staying home and keeping myself busy like his mom did by raising children, being a “good” wife, socializing, shopping, making myself look good and whatever else she did. That choice certainly worked for some people, but it was not going to be my choice. Then there was John whom I met in college, an engineering major and he was a very nice guy, a gentleman, treated me with respect but we didn’t really have any common interests. Then there was Nick who was a Levitz customer; he had been stationed in Germany for a while and now he was an electrical engineer.

He was also nice and very handsome, but again, not a very interesting person. I was realizing that although many of the guys I was meeting were nice, educated and polite, none of them had a wide range of interests, had read any classical literature, or knew anything about art, poetry or classical music, nor did they have the wanderlust of wanting to experience life’s many pleasures or travel. Then I met Richard at Levitz. 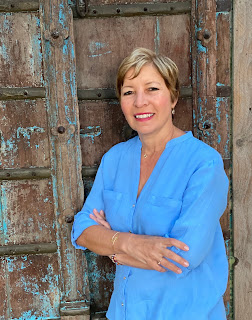 Arminé was born in Soviet Armenia and immigrated to United States with her parents when she was 17. She worked in the health care industry for 33 years and held key leadership roles in various health plans. Most recently, she retired from a senior executive position to pursue service and paying forward.

She is currently involved in various volunteer roles. In her free time, she enjoys reading, hiking, gardening, art museums, concerts, dancing, and spending time with family and friends.

Love Has No Limits is her first book.