This post is part of a virtual book tour organized by Goddess Fish Promotions. The author will be awarding a print copy of the book *US only* to a randomly drawn winner via the Rafflecopter at the end of the post. Click on the tour banner to see the other stops on the tour. 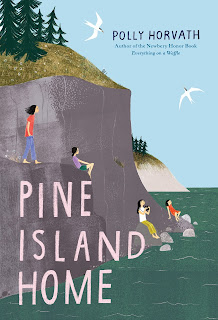 Four sisters search for true family in this story of resilience by a Newbery Honor author.
When the McCready sisters' parents are washed away in a tsunami, their Great Aunt Martha volunteers to have them live with her on her farm in British Columbia. But while they are traveling there, Martha dies unexpectedly, forcing Fiona, the eldest, to come up with a scheme to keep social services from separating the girls - a scheme that will only work if no one knows they are living on their own.
Fiona approaches their grouchy and indifferent neighbor Al and asks if he will pretend to be their live-in legal guardian should papers need to be signed or if anyone comes snooping around. He reluctantly agrees, under the condition that they bring him dinner every night.
As weeks pass, Fiona takes on more and more adult responsibilities, while each of the younger girls finds their own special role in their atypical family - But even if things seem to be falling into place, Fiona is sure it's only a matter of time before they are caught.
Written in Polly Horvath's inimitable style, gentle humor and tough obstacles are woven throughout this story about the bonds of sisterhood and what makes a family.

THE McCready sisters, Fiona, fourteen, Marlin, twelve, Natasha, ten, and Charlie, eight, were raised in a missionary family. They had been happily and safely moving from pillar to post all over the world when their parents, taking their first vacation ever, having come into a small sum of money from an aging uncle who “felt it strongly” that they had never had a honeymoon, invited them to Thailand, where he ran a small hotel. The three of them and the hotel were swept away in a tsunami. The four girls were, at the time, living in Borneo, in a small cottage far back in the jungle without benefit of internet or phone service, being seen after by a visiting church volunteer who couldn’t continue to take care of them as she had other plans. So the church had a Mrs. Weatherspoon from Australia come to stay with them until someone in their family could step forward. That took a year.

Mrs. Weatherspoon sent out appeals to all the relatives she and the girls could find except for a great- aunt, Martha McCready, who lived off the coast of British Columbia. The girls’ mother, when opening Martha’s annual Christmas card, called her “that peculiar woman hiding in the woods.” Mrs. Weatherspoon said they would save her as a last resort. But surely someone more suitable would respond first. There were aunts and uncles in Tampa, Florida; Lansing, Michigan; Shreveport, Louisiana; and Kingsport, Tennessee. That was the lot. It took a while for the responses to Mrs. Weatherspoon’s appeal to trickle in. The mail pickup and delivery in the jungle was unreliable and slow. After receiving the appeal, the relatives then had to think about it. These were their sister’s or brother’s children, it was true. But there were four of them. Fitting four children into an already- established household was no small matter. Some of them wrote to ask Mrs. Weatherspoon to write them if no one else had come forward. When Mrs. Weatherspoon did, they had to think about it all over again. This took time. And none of them had met the McCready children. Mr. and Mrs. McCready had become estranged from their brothers and sisters many years before when they had made what the siblings considered a “very weird choice,” joining a church that none of them had heard of and of which, for some reason never explained to the girls, they all disapproved. 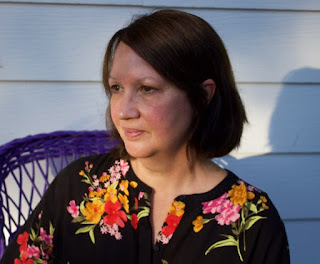 Thanks for having us here!
Polly Horvath

Great excerpt, thank you for sharing it.