This post is part of a virtual book tour organized by Goddess Fish Promotions. Eileen Dreyer will be awarding a $20 Amazon/BN gift card to a randomly drawn winner via rafflecopter during the tour. Click on the tour banner to see the other stops on the tour.

Zeke Kendall doesn’t believe in fairies. He’s a scientist; an anthropologist who has spent the last ten years digging in the harsh deserts of the American Southwest. But things look a lot different in the soft green shadows of Ireland. 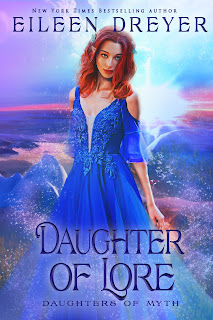 There it is easier to believe that magic exists, especially when Zeke tumbles off a fairy mound and ends up in the arms of the beautiful Nuala, who seems to know everything about him. When she tells him she is a fairy, he actually wants to believe it, even as he knows better.

Nuala is daughter of Mab, Queen of Fairies. She has grown up in the twilightland of the fae, fiercely loyal and loving to her people. But she has also been in love with Zeke Kendall ever since she first saw him in her scrying water as a child. To now have him so close is both joy and torture.

For she is the heir to the great crown of the Tuatha de Danann fairy clan. She has no place in Zeke’s world. And he, a man drawn in the sharp edges of his deserts, has no place in hers. Even as passion rises and the love she’d only dreamed of blossoms into reality, Nuala knows that a future for them is impossible. And yet, she can’t find a way to send him back to his own world.

Note: This title was previously published as Dark Seduction

“I want to know about you.” Zeke shook his head, his smile a bit tentative. “Don’t I know you?”

His hand had fallen back to his side. Nuala saw him rub at his jeans leg, as if testing himself.

“Ah, well...” she managed, briefly looking into the shadows of the glen where tiny wee beings passed their lives among the bluebells and foxglove. “That’ll take some explaining. Why don’t we walk, then?”

Zeke took a quick look around. “I guess that would be okay. I won’t get lost, will I?”

“No more than you are now.”

He flashed her another grin. “In that case, lead on.”

She frowned, still anxious after that fall of his. “You’re feelin’ all right, then? Your head isn’t bothering you? It was quite a tumble you took, you know.”

“Yes, I do know. I can feel every rock I rolled over. But my head only hurts a little now, and the dizziness is better.”

“And you’re not feeling anything else? Anything troubling?”

“Other than a massive amount of confusion?”

This time Nuala smiled. “And why should you be, now? ‘Tis all very simple. You climbed a hill to find the fairy queen, and so you did.”

His expression was wry again. “Did I tell you I don’t believe in fairies?”

“Did I not tell you that matters to no one here but you?”

He laughed, and Nuala felt her heart leap like a salmon. “As long as I know the ground rules.” He shook his head again, a lock of hair escaping its confines and sweeping his forehead. “But it’s going to take some getting used to.”

Nuala tilted her head, savoring the sparkle of his wit, his words. “What?”

“This place. This dream. It’s so real, but it’s not real at all, which makes me think I can do anything here and not pay the consequences.”

Oh, she should tell him not to believe. Not to give in to the sorcery of this place and assume that all was possible without cost. He would be gone soon, back to his family, and she would be left to lead her fractious, frivolous clan through the next millennium with a consort she hadn’t chosen but had promised herself to. Zeke would be hurt. She would be shattered, never to be put back together again.

Selfishly, she wanted him to fall in love with her. She wanted, with a desperation that ached in her, for him to look to her every minute, to smile when he saw her, to laugh when they made love. She wanted to be the only woman in his eyes, even for the short time they had. Since she’d loved him that way for so long.

So she smiled, her decision made, and led him farther into the land of faerie. 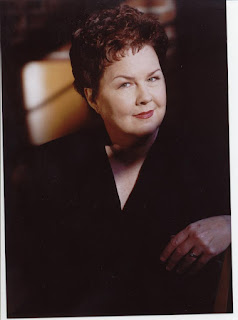 New York Times bestselling author and RWA Hall of Fame member Eileen Dreyer and her evil twin Kathleen Korbel have published over forty novels and novellas, and ten short stories in genres ranging from medical suspense to paranormal to romance. She is thrilled to have joined Oliver Heber Books to continue her Drake’s Rakes series about Regency aristocrats who are willing to sacrifice everything to keep their country safe, of which Ill Met by Moonlight is a near relative.

A former trauma nurse, Eileen lives in St. Louis with her husband, children and large and noisy Irish family, of which she is the reluctant matriarch. A seasoned conference speaker, Dreyer travels to research, and uses research as an excuse to travel. Oh, who's she kidding? She doesn't need an excuse. She has the Irish wanderlust and satisfies it as often as she can to the point that she has sung traditional Irish music on four continents. She also had the incredible chance to research Drake’s Rakes by attending the 200th anniversary of not only the Battle of Waterloo, but the Duchess of Richmond ball (in period attire). She has animals, but refuses to subject them to the limelight.