In his rage, Chaos destroys the world he created.

From his destruction, Order is born.
Order brings forth pure beings known as Sentinels.
From the Sentinels comes The One True Child.

Carling, raised as a normal daughter of The People, was brought up to believe in the value of love and caring, of kindness and tolerance, only to learn of the darker, more sinister teachings of Chaos and his plans for her. Forced to face her fears, she must leave the only family she has known, and the protection of the valley in the Sacred Lands. Her journey takes her far from the life she knew and closer to her destiny. Along the way she masters untapped abilities of her heritage.

Chaos hunts Carling until their ultimate encounter.
Can Carling stand as the Sword of Order?
Failure means the destruction of her world. 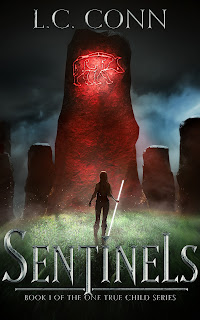 “The child has a name, and we spoke once before of it. It is now passed to you, but still, you must not speak it until you are safely back inside your house. Once her name is tied to your home, she will be protected within the valley, and it must not be spoken beyond those borders. If it is, it would bring her into the notice of those she must face later.  Take care of her, Tarl’a. Let her know her parents love her.”

“I will, Yellow. I will love and protect her, and I will let her know how special she is,” she said, still looking down at the tiny face.

“No. She must grow with no preferential treatment, and no special notice. The girl must grow strong in the love of a family. We place her in your care, along with Mailcon’s, to raise her as your own,” Order told her.

We will do so.” When Tarl’a looked up, the three had already started to move to the entrance, and she turned to follow them.

s Tarl’a descended with the precious bundle in her arms, the Sentinels once more guided the way in the dark of the night—their lights shining the path for her. The storm had abated, and the clouds gave way to the starry sky above. A meteor shower streaked golden across the inky sky. But Tarl’a had no eyes for the wonder of the sparkly display.

They stayed with her until she reached the little house. Each once more blessed the child as she passed them to the door, last of all Yellow with one final kiss for her daughter.

arl’a entered the house and found the fire banked up and glowing brightly. At the side was Mailcon, dozing with his chin on his chest. He woke with a start at her touch, and she sat beside him, unwrapping the girl.

“What is her name?” he asked her with wonder as he took the baby from her arms.

“Carling.” The name came to her as clearly as if it had been called out into the room. “Her name is Carling.”

“Little Champion. It is truly a fitting name for her. She is so beautiful and perfect,” Mailcon said with wonder. 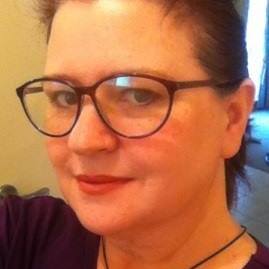 Loraine Conn grew up on the outskirts of Upper Hutt, New Zealand. Her backyard encompassed the surrounding farmland, river, hills, and mountains which she wandered with her brothers and fed her imagination. After discovering a love for writing in English class at the age of eight, she continued to write in secret. It was not until much later in life that Loraine turned what she thought was a hobby, and something fun to do, into her first completed novel. Now married, Loraine moved from New Zealand to Perth, Western Australia in 2008, and became a stay-at-home mum. While caring for her family and after battling breast cancer, a series was born from a kernel of a dream. Loraine has now published the seven book fantasy series, The One True Child Series, and Realm of Dragons, Fight for the Crown. Both the series and book have been released with the American based indie publishing company Between the Lines Publishing, under their Liminal Books branch, using the pen name L.C. Conn. She continues her career with many more stories waiting in the wings to be released, and even more ideas to be written.