This post is part of a virtual book tour organized by Goddess Fish Promotions. Rose Mackie will be awarding a $30 Amazon or B/N GC to a randomly drawn winner via rafflecopter during the tour. Clkick on the tour banner to see the other stops on the tour.

*The planet Falosia has an excess of females. The planet Verit has a surplus of males. The best of each have been put forward to start a new colony and find mates, in a last desperate attempt to save both worlds. A scorchingly hot sci fi, alien romance. *

Denara barely survived her disastrous first attempt at marriage; for years she threw herself into her research, giving herself time to heal. When the opportunity arises to take up a position on the colony, she decides to take a risk for the chance to live, and love, again. Lucius has spent his life under the heel of the ruthless Matriarchs of Verit. Tasked with leading the males of the new colony, he reluctantly accepts the assignment. The last thing he wants is to tie himself to a scheming female through mating, but nothing could have prepared him for meeting Denara. Sparks fly, but can they overcome their pasts to find love? With the political machinations of two planets vying for control over the colony, perhaps together, they can bridge the gap between their worlds. 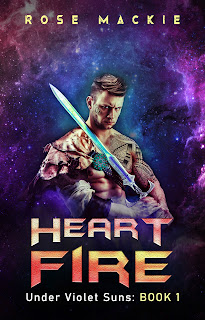 I am a First Warrior.” He stroked his animal fur, which she had successfully avoided looking at until now and pointed out a series of gleaming metal pins and buttons along the edge. “Each of these represents a successful campaign.”

Denara shuddered and turned back to the medicine cabinet, trying not to regard the dead animal. Lucius was moving before he was consciously aware of it. “Why do you do that?”

Suddenly he was very close; she could feel the heat radiating from him. He had moved so fast and silently that she had not heard him move. She spun around, backing up into the medication shelving, knocking several boxes to the ﬂoor. “Do what?” she stammered.

“Shudder and turn away? What displeases you so? I saw you do the same thing when you regarded me at the introduction social event.”

He was very, very close. She could sense his energy. It was distinctly feline - curiosity with a contained violence and ruthless intelligence. It was highly unusual, and nothing in all her years of experience had prepared her for the closeness of such a male. He seemed to suck up all the air in the room.

“Oh… it’s nothing.” He regarded her, his eyes deepening from their usual pale blue to a dark navy. She was transﬁxed at the sight. “Why do your eyes do that? Is it an evolutionary adaption? Or a deliberate genetic alteration?”

“Deliberate alteration. It allows us to see minute biochemical and heat changes, a useful enhancement for a warrior. It also allows me to see when you lie. I saw your displeasure at the ﬁrst meet yesterday as well.” He cocked his head at her, studying her reactions, attempting to determine the source of her distress. The dark stranger within him was demanding that he ﬁnd the source of the problem, kill it for her and lay it at her feet in tribute. “Something displeases you, Healer. Inform me of it, my lady, and I will remedy it immediately.”

“Could you, could you back up a bit please?” she gasped out, and he took two measured steps back, to place himself against the opposite wall, as far away as he could get in the small space.

“My apologies, I did not mean to frighten you. I observed you standing close to Odran yesterday and assumed it was acceptable in your culture. I would never touch you without your permission.” She detected a faint thread of hurt in his emotional resonance. “Or perhaps it is me you don’t wish to stand so close to.” He nodded, thoughtfully, examining her reactions in his mind. “Yes, that is it. It is I that distresses you. I shall remedy this by removing my presence.” 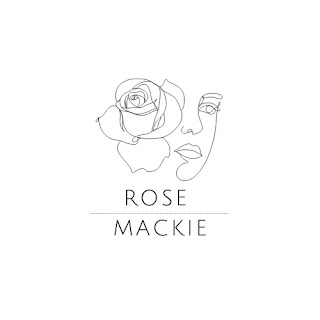 Rose Mackie (she/her) is an Australian author who writes and loves sci-fi romance, paranormal romance and fantasy romance. Born in Scotland and living in Perth, Western Australia for the past 15 years, Rose loves nothing more than to hang out with her family and rescue cat, and create magical worlds of imagination.

All Rose Mackie books have an element of spice, kick-ass heroines, enthusiastic consent and happy endings. Rose has been writing for as long as she can remember, but has recently published her first book, Heart Fire. It still spins her out that people are reading the weird stories she makes up in her head!

Rose has fallen in love with writing, and loves seeing audiences connect with her work and characters, and hopes you’ll love them too!