Every mind holds a secret. Some are more deadly than others.

Nightshade County Sheriff Thomas Shepherd is a successful model for every law enforcement officer with autism. He leads an idyllic life in his uncle’s old home along Wolf Lake and is planning to marry private investigator Chelsey Byrd.

But when a star athlete’s girlfriend disappears while camping, everyone blames the boyfriend. He’s volatile and dangerous. Did he murder the girl and bury her in the woods?

The sheriff’s gut tells him there’s more to the story than the boyfriend is willing to admit. The more he digs into the case, the more he worries someone is hiding a dark secret.

Is the boy a killer? Or is he the next victim?

McKenzie Ossman twirled a length of blond hair around her finger and took in the stars. Here, five miles beyond Kane Grove’s city lights, the sky was a frozen portrait of fireworks. She shivered against the chill and puffed out a condensation cloud, the cold already deep enough to penetrate her bones. By morning, frost would cover the landscape. 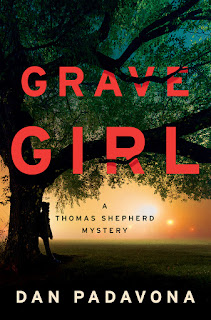 She accepted the bottle of Jack Daniels from Marshall and sipped. This was a terrible idea. As much as she wanted to get him away from the pressures of Kane Grove University and the constant attention he received from being a future NFL draft selection, she didn’t like it when he drank. Hazel-skinned, strong, body painted with tattoos, he was a Greek god when he was sober. But lately he’d taken to drinking too often. He changed after the alcohol hit his bloodstream, turning angry and short-fused, a bomb ready to blow.

Then there was the problem of getting back to campus on his motorcycle. She couldn’t trust him to drive buzzed. Sometimes he pushed the motorcycle past eighty in the dark, her arms wrapped around his waist, Marshall one wrong move from disaster.

Marshall Prisco was the proverbial diamond in the rough. Few small college football players attracted professional scouts, yet dozens attended Kane Grove football games for the chance to see him play. A senior wide receiver, he was unstoppable on the field, too fast and strong for the poor fools tasked with covering him.

McKenzie sipped from the bottle and winced when the alcohol burned her throat. Marshall held out his hand, and she wasn’t sure she should give the bottle back to him. 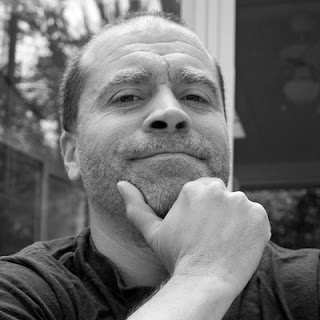 Dan Padavona is the author of The Wolf Lake series, The Logan and Scarlett series, Darkwater Cove, The Scarlett Bell thriller series, and The Thomas Shepherd Mysteries. Many of his novels rank in the top-10 in Amazon’s thriller and mystery categories. He is a husband, a parent, and proud member of the International Thriller Writers Organization.

When he’s not writing, Dan enjoys photography, biking, weightlifting, and storm chasing. Dan has videotaped tornadoes from New York to Oklahoma and Texas and was nearly swept up by a strong twister outside Sweetwater, Texas. A self-proclaimed ice cream and gelato lover, Dan admits to spending too much time in the gym, compensating for his questionable nutritional decisions.

The characters and their stories have special meaning to me, as every major character in the Thomas Shepherd and Wolf Lake mysteries overcame challenges to better their lives. Though I write dark thrillers and mysteries,  my stories are about redemption and the power of love.

Some plots are inspired by true crime. The character arcs come from self-development and my own journey to be better person.

More difficult because the Wolf Lake series was incredibly successful, and I put a lot of pressure on myself to kick off the Thomas Shepherd properly, pleasing existing readers and introducing new readers to the characters.

I write from home because I want quiet and no distractions. Usually I write stories in my bedroom with a box fan running for white noise.

I feel I spent my whole life building toward becoming a writer, but reading Patrick Rothfuss’s “The Name of the Wind” inspired me to finally try. His novel is the perfect fantasy story. Unfortunately he never finished the series and betrayed his readers, which was also an important lesson to me: Always finish what you start, and respect the people who support your lifestyle.