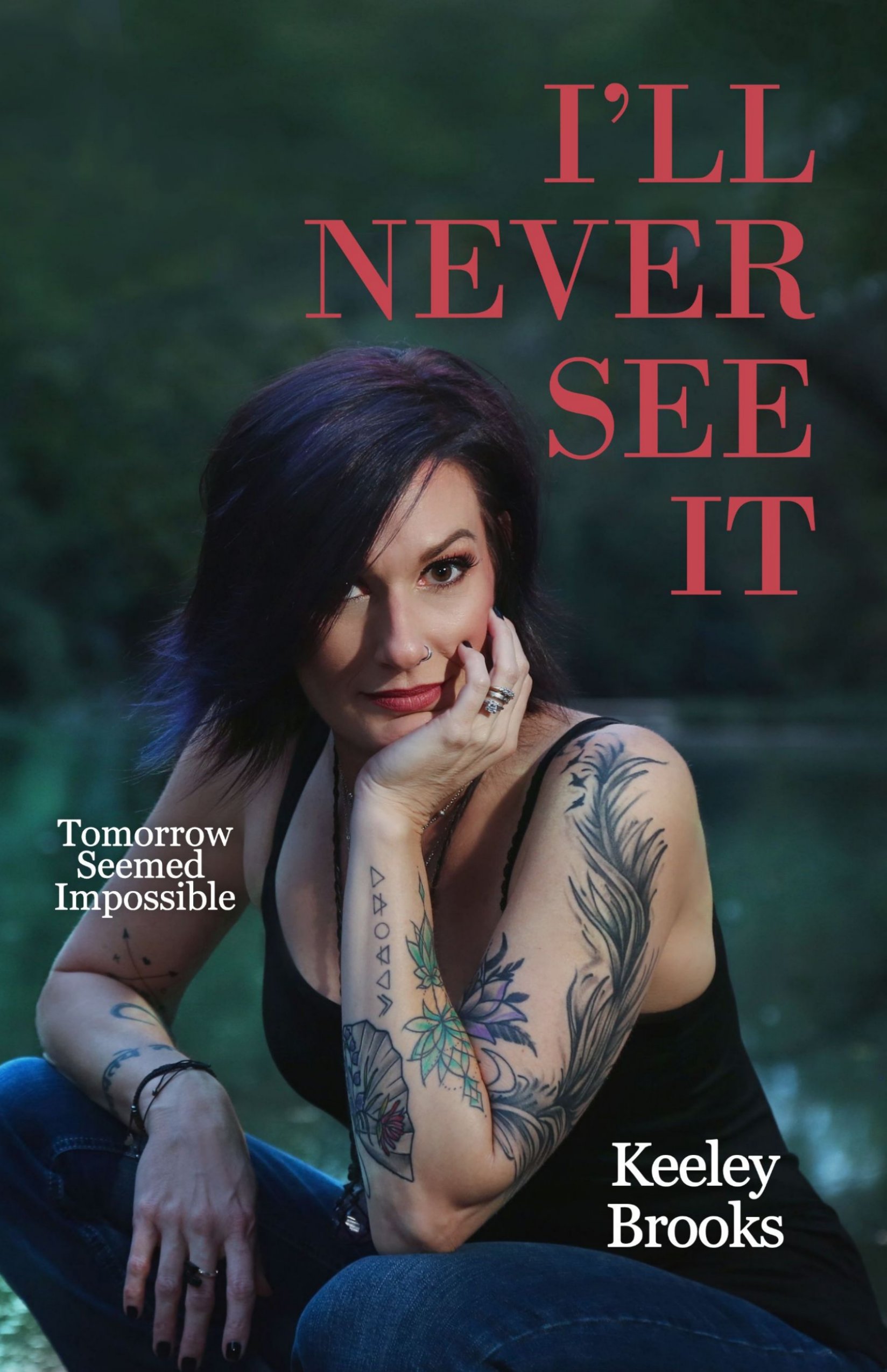 From childhood well into her adult life, Keeley Brooks struggled quietly with trauma and the very dangerous effects it took on her physical, mental, and emotional health. In her late teens, Keeley was diagnosed with four mental health challenges and an eating disorder after suffering extreme panic and anxiety at a young age.

Struggling with crippling feelings of isolation, unworthiness, desperation, and fear, as well as the inherent urge to heal, she turned to writing. Now offering her human truths and personal experiences on how she navigated them, survived them, then healed and has grown from them, Keeley shares in graphic detail her deeply personal perspective on trauma, mental health, and side effects while bravely giving readers an intimate peek behind the curtain at the functioning of a mind rooted in trauma and riddled with fear, anxiety, panic, depression, shame, and silence. 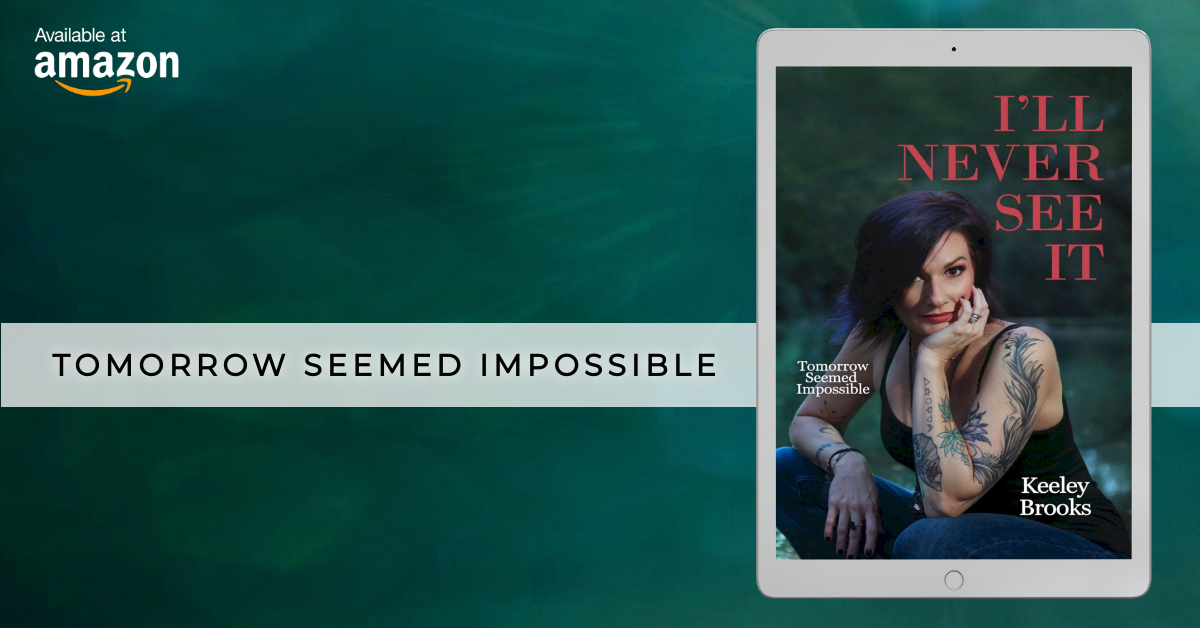 Read an Excerpt below... 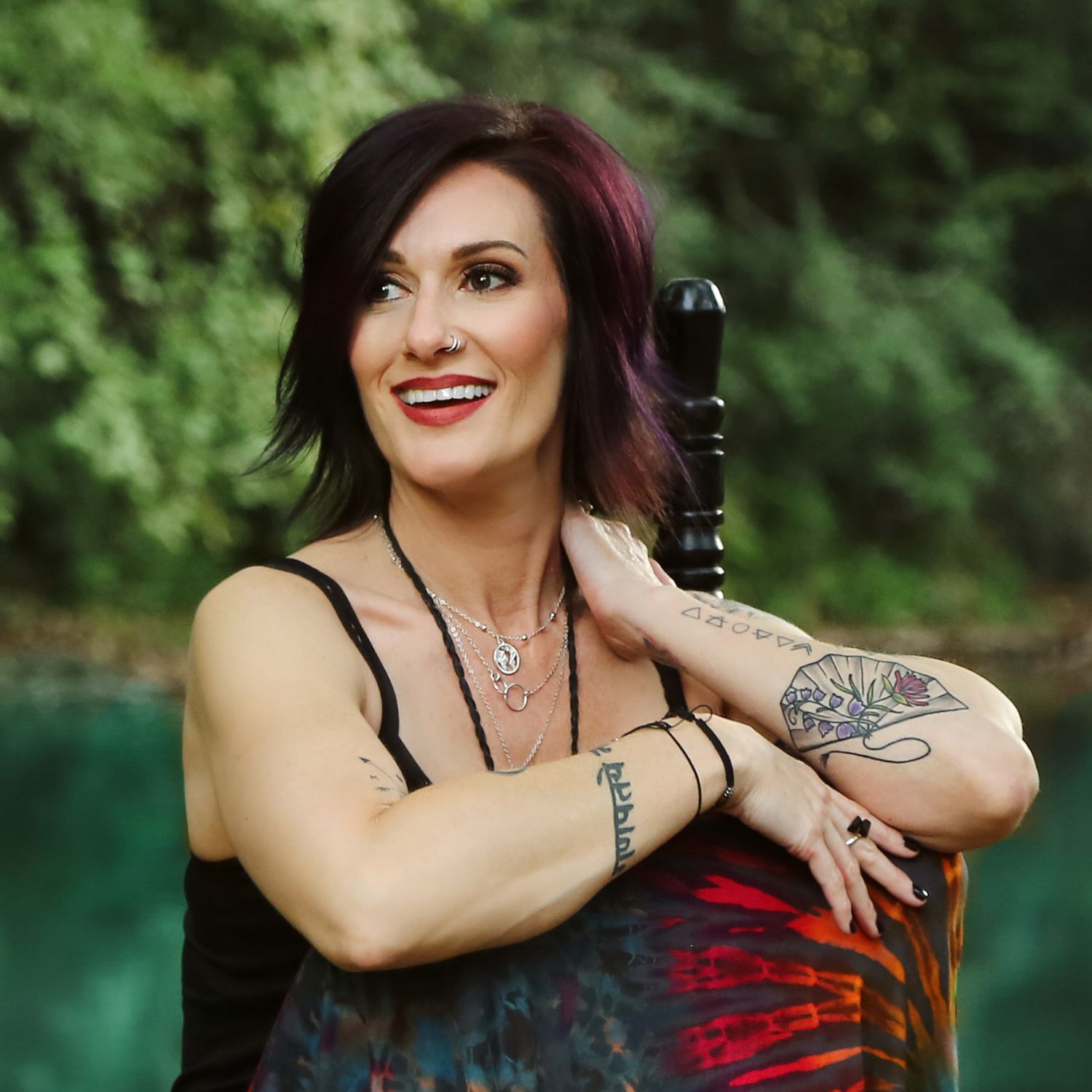 Keeley Brooks is an author, writer, poet, and editor. She's a contributing author to the #1 bestseller My Labor Pains Were Worse Than Yours and in May 2022 released her first poetry collection Poetry from an Isolated Soul. With a decade's experience in entertainment journalism, she currently writes health & lifestyle articles for Modern Grace Magazine and is an arts & entertainment writer and managing editor at Mixed Alternative Magazine.

Keeley has just published her first creative nonfiction book, which details her deeply personal struggle with trauma and mental illness, as well as their effects on her mind, body, and spirit. She also offers an intimate peek behind the curtain at the functioning of a mind riddled with fear, anxiety, panic, and depression, then she shares how she has healed and grown from it all and has found the balance needed to reclaim her life.

Keeley is currently focused on several literary projects, including a collaborative fiction novel with three additional authors and a women's self-care book with her integrative health practitioner.

Excerpt from I'll Never See It

I was told when young to pick a dream in life and go for it. “Do what makes you happy!” they’d say. My only dreams were to find my mate in life and to be a writer.

Do you know how it feels when you’ve been wearing a brace on your wrist for days or weeks—months, even—and then you finally take it off so your limb can wander freely? You know that stiff, unbroken feeling that is left?

It’s like a numbness that leaves your once-restricted limb feeling cold and empty.

That’s the feeling I live with, except that it isn’t in my wrist or ankle or elbow, but it isn’t much of an unbroken feeling at all. It’s more like damaged or spoiled—tainted—and it’s in my head, in my mind. It has been there for as long as I can remember. Ever since I was a child old enough to write.

And write I did … things I didn’t understand at the time, things that didn’t make any sense after I read them. They made sense when I wrote them, though, and had my rage not gotten the best of me in my teenage years, these writings would probably make sense to me if I could read them now.

If only I had paid attention to what I was trying to tell myself, things might’ve been different. I was too young to pay attention to writing back when I was small. All I knew was that I often got this feeling of intense fear and nervousness at inappropriate times. It was a feeling to which I became submissive and was forced to pick up a pen and bleed through as much paper as I could. It was the most exhaustive feeling while it was happening, but once I had written and gotten everything out, relief would comfort me.

It wasn’t long after that I began to understand I was broken in a way that could not be fixed. The longer I harbored this idea, the more I began to realize what I had so recklessly burned. I instantly became frightened at the thought of having possibly destroyed the only keys that would release me from the hell I had been locked into.

But time passed and all desire to struggle quickly faded.

I soon stopped trying to find meaning in new things I’d written. I even quit reading my work and trying to make sense of it. To me, I believed it to be of no use and hope. So, I just gave up on it altogether until one day, nearly a decade later, it hit me:

I can’t make sense of my writings because the writings themselves are sick!

That is why, for those of you who try, it is hard to write about your mind and the state in which it lives. In fact, that is why it is even harder to decipher what is written by a sick mind; however, if you know what to look for in these writings and you are successful in finding it, all that is left to determine is what you will do with what you have found.

Of course, you will never get there without being able to see where the simplicity of it all lies, which is not in any meaning of the writing; it’s in the writing itself … it’s in the words. They are so simple, so basic.

It’s the way they are linked together and the rate at which they flow that create difficulty, and how quickly they flow is unknown to anyone other than the writer.

But, as a reader, even when you feel you are getting somewhere, there is still one thing to be remembered: writings of a sick mind do not want to be deciphered, not even by their creator.

So, why, then, are they here? To confuse those who are able to think with a rational mind?

For others like me, they are here as portals of communication, which require no thought. You see, a meaning (quite different from an understanding) comes from within, from what is felt when (and if) you succeed in unlocking the words.

And more often than not, those of you who operate on level playing ground just walk away from these portals full of confusion and sometimes pity, but mostly just with thoughts of how “psycho” or “mentally ill” the writer is. And lucky for you, you are usually right, but not always. Just because I struggle and think differently and want to voice how I feel so it doesn’t devour me whole does not make me psycho or ill. It makes me a human being who battles some things but is still here growing and learning and trying. And this leads me to where I am today, with a silly dream of being a writer, because how can I be a writer when what I produce will touch no one in a positive manner?

Still, another day passes, and it seems I just can’t leave well enough alone. I’ve never been able to, instead becoming one who pokes and prods and pulls at every opportunity to make well enough worse.

I’m the one who chases after what others fight off: instead of running away from the darkness, I run towards it holding flares in each hand, hoping to draw it closer. I just don’t know that I’m doing it until it’s too late to turn back.

And that’s how it all started.

At a mere eleven years of age, I lost all sense of reality that once surrounded me. What I should’ve feared and fought became a home to me.

Living in darkness became second nature. In fact, it has been so long since I’ve been able to differentiate between reality and fantasy (because of trauma that happened in reality and because I kept quiet about it) that for a long time, I forgot what all sense of reality looked, felt, tasted, and sounded like; thus begins my story of how I came to live amongst a handful of demons—puppet masters, if you will—who, to this day, will not and cannot let me go.

You know, Oscar Wilde also said that the truth is rarely pure and never simple.

This is my truth, and I have lived it, survived it, learned from it, and evolved and moved forward because of it. And I can assure you it is as pure as I remember and indeed not simple at all.