This post is part of a virtual book tour organized by Goddess Fish Promotions. Isa Pearl Ritchie will be awarding a $15 BN/Amazon GC to a randomly drawn winner via rafflecopter during the tour.

If you stand still for long enough, the past catches up with you…

Leaving behind the fragments of her old life, Marcia Reed-Wilton crosses the world to return to her dilapidated childhood home and dig up the weeds of the past. 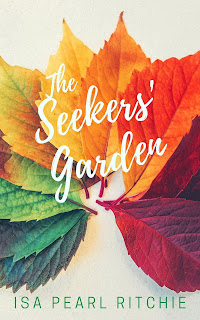 Next door, Mrs Everglade struggles to maintain her independence in spite of her increasing frailty.
Sixteen-year-old Lea escapes into her poetry to cope with depression until meeting Alex, a much more potent distraction.
Meanwhile, Iris leaves her career on a whim to embark on an adventure of an entirely different kind; moving to a sleepy seaside town to write a book.
On the other side of the world in opposite seasons, Zane, vocalist for a popular band is haunted by cryptic dreams that lead him home.
A few twists of fate and a buried secret leave these individuals deeply and unexpectedly connected.
The Seekers' Garden is a lush and captivating exploration of loss, growth and spirituality, revealing the way connections form in unlikely places.

This is a story about a lot of different people with their own problems. I bet it wouldn’t be difficult for every reader to find themselves in here somewhere. This isn’t a downer book. It does deal with realities, but my perception was not always a sad one.

It’s well written and the interweaving of the characters is very easy to read. The pace moves easily and yet there are many moments that bring up ideas to cause some deep thinking or pondering on the part of the reader. Sound like an interactive book? It is in some ways.

Isa Pearl Ritchie has a lot of publications. Quite varied in style. All have good reviews.

All the traffic lights were plotting against her. As Iris gave up her last semblance of control and swore loudly into the steering wheel, the words of the door knocker swept through her mind like a breath of fresh air, “…the meaning of life?” She was jolted back to reality by the sound of a car horn. The green light was glaring at her.

After dropping Alex off at school in Wellington peak traffic, Iris was embarrassingly late. Heads turned as she scurried in through the main entrance. She quickly nipped into the bathroom to try to defy the nature of her hair and straighten her skirt. Her heart beat loudly in her chest as she made her way into the boardroom to the reproachful stares of all those who had put in the effort to make it on time.

As she sat down, her smarmy boss Neville smiled toothily.

She was taken aback, having not been asked that very question since she was ten. She opened her mouth to apologise, and instead, some very different words burst out and hung in the air.

Iris slumped forward in her chair. The room was deafeningly silent. She tried to form some kind of miraculous sentence in her mind, the kind that she was well known for in her PR work, that would put everything back in balance, but she surprised herself again. A different internal voice emerged, a voice that said it was time for a change, echoed by feelings of exhaustion. She was tired of rushing around between appointments and meetings, mealtimes and soccer practice. She found herself resolved to her initial words. She plastered on a slightly shocked smile, picked up her handbag and left the room, leaving behind a trail of stunned faces. She dashed outside into the cool breeze and into freedom. 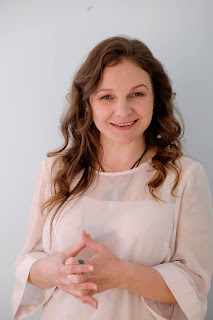 Isa Pearl Ritchie is a New Zealand writer with a PhD in social science. She writes   adults and for young people. Her novel Fishing for Māui was named one of the best books of 2018 in The Listener Magazine and was a finalist in the NZ Booklovers awards2019. She has also written articles for The Spinoff, Pantograph Punch and Organic NZ. Isa lives in Wellington.