She's the One Who Doesn't Say Much

S R Cronin will be awarding a $20 BN/Amazon GC to a randomly drawn winner via rafflecopter during the tour.

Do you know what your problem is?

Olivine knows hers. This quiet thirteenth-century artist has been hiding a secret as she travels to K'ba to meet her friends. Others assume she's fallen in love with another artist, but it's much worse than that. For on the way to K'ba is the dirt poor nichna of Scrud, a place scorned by other Ilarians. And in Scrud is the one man who understands her.

However, Bohdan recognizes the dangers posed by an impending Mongol invasion. When he learns of Olivine's unusual visual powers, he convinces her to pick up her bow and start practicing. 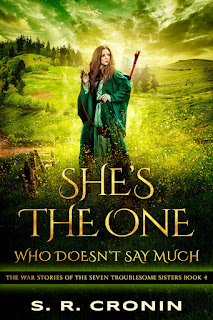 She does, though she's more concerned with moving to K'ba where she can paint all day and see Bohdan whenever she wants. If only her sister hadn't decided Olivine and her fellow long eyes held one
key to defending the realm.

Then, as if life wasn't complicated enough, Olivine learns the artist community she yearns to be part of has developed a different take on the invasion. They're sure the only way to survive is to capitulate completely to the Mongols’ demands. Artists who feel otherwise are no longer welcome.

Where does her future lie? The invasion is coming soon and Olivine doesn't have much time to decide.

I waited until the ceremony ended, Celestine sang, and the dinner was eaten. Then I waited longer while the bride and groom observed the little traditions. I didn’t want to take away from anything that mattered to Mom. By the time it all ended, she looked exhausted, but I charged ahead. I followed her when she wandered off to the outhouse.

“Why are you following me, dear? I’m fine. I can find my way in the dark.”

“Of course you can, Mom.” Enough lanterns hung everywhere that it hadn’t occurred to me she’d need help. “But let me walk with you anyway.”

“Well, you’re unusually caring tonight.” She gave me that hopeful smile. “So, any young men here who interest you? I do think Davor’s younger brother is nearly your age, and he is unattached.”

“He’s not a prince,” I pointed out. “His older brother is a Royal by decree.” I don’t know why I said it. I guess she irritated me by suggesting the young brat.

“In your case, dear, I’ve rather given up on the idea of a prince. Your father and I would be happy if you merely found a suitable man.”

That annoyed me more.

“Well, Davor’s little brother is hardly suitable. He’s still a child, and spoiled and full of himself.”

She gave me a pleading look but said nothing.

“How about if I found a genuinely caring man, instead? One I loved?”

“As long as he’s an appropriate choice, love would be nice. I’d wish that for you.”

“And what if he isn’t? What if he’s an inappropriate choice? Not proper, or seemly or fitting? Just a wonderful man, one I’m in love with?”

“Don’t be childish. You’re my least starry-eyed daughter, and that’s saying something. You’d never go for some ne'er-do-well out of a misplaced sense of romanticism.”

She stopped and stared at me, as if she were seeing something she’d never noticed before and, now that she’d seen it, she did not like it. 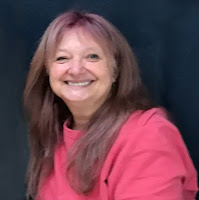