This post is part of a virtual book tour organized by Goddess Fish Promotions. Ana T. Drew will be awarding a $10 BN/Amazon GC to a randomly drawn winner via rafflecopter during the tour.

Beware, dressing up as Napoleon can get you killed!

Provence baker Julie Cavallo and her grandma sign up for a Napoleonic re-enactment at a nearby chateau. The event includes theatricals, war games, and costume balls — all courtesy of the host and pillar of the local community, Baron Gustave Cordes d’Auzon. 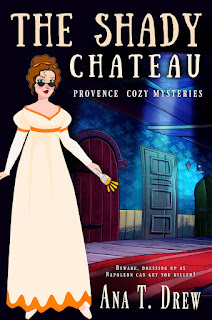 What a welcome break from baking and catering...
and from pining for a tall, dark, and unsociable captain of the gendarmerie.
Unlike the captain, the weekend guests at the castle love conversing. Some are so flamboyant they outshine even Julie’s badass grandma Rose!

It’s all fun and cosplay… until the lord of the castle turns up dead.
Three unlikely culprits plead guilty.
Each gives the gendarmes a different motive.
Each insists they did it alone.

Who’s lying? And why?
And who really killed the baron?

If you’re a fan of Murder on the Orient Express and country house mysteries, then you’ll love this book. It will regale you with a dogged amateur sleuth, a puzzling ensemble of suspects, and a tangled web of lies.

A cute cozy. Another baker, but yet this re-enactment idea makes it a little different than others. And of course, being in a castle adds to the story too. Julie has no trouble finding suspects but this one becomes mostly about who’s telling the truth and who is lying.

I think you’ll enjoy the costuming description as well as the little bit of humor which runs throughout. Actually, the red herrings swim throughout the story too. Easy to read and enjoyable.

Ana T. Drew has several books published. While there seem to be various series, all are under a series titled “Julie Cavallo Investigates” to help you find them.

I head back to the crime scene. While I’m crossing the lawn, my phone rings.

“I’ve been trying to decipher your coded text message since midnight,” Capitaine Adinian says. “But I gave up. I have to admit that the encryption strength you used is above my pay grade.”

Coded message? I thought I was being as straightforward as it gets…

No more Julie? We’re back to the formal address now?

Did he just say I texted him 18 months?

It’s impossible. I wasn’t that drunk. While I texted him, I was thinking about how it’s been eighteen months since the last time I got laid. It was shortly before my marriage to Bruno fell apart.

But there’s no freaking way I typed that!

What I courageously wrote to Adinian was, How about dinner when you’re back?

Adinian’s voice jolts me from my stupor. “Julie? Are you still there?”

“What does eighteen months mean?”

“Does that something involve a chateau and a dead body?” 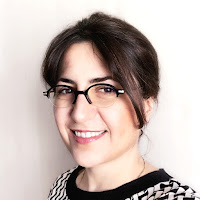 Ana T. Drew is the evil mastermind behind the recent series of murders in the fictional French town of Beldoc. When she is not writing cozy mysteries or doing mom-and-wife things, she can be found watching “The Rookie” to help her get over “Castle”. She lives in Paris but her heart is in Provence.  >>> Visit ana-drew.com for a free cookbook and a game!