A fragile beginning, a past that won’t let go, and a deadly enemy.

With hope for a bright future with the man she loves, Ella St. John begins her new life, only to find that a deadly enemy from her past is intent on getting his way. Drawn into a fight that isn’t hers, Ella must do whatever it takes to protect those she loves, even if it means going against everything she believes in. 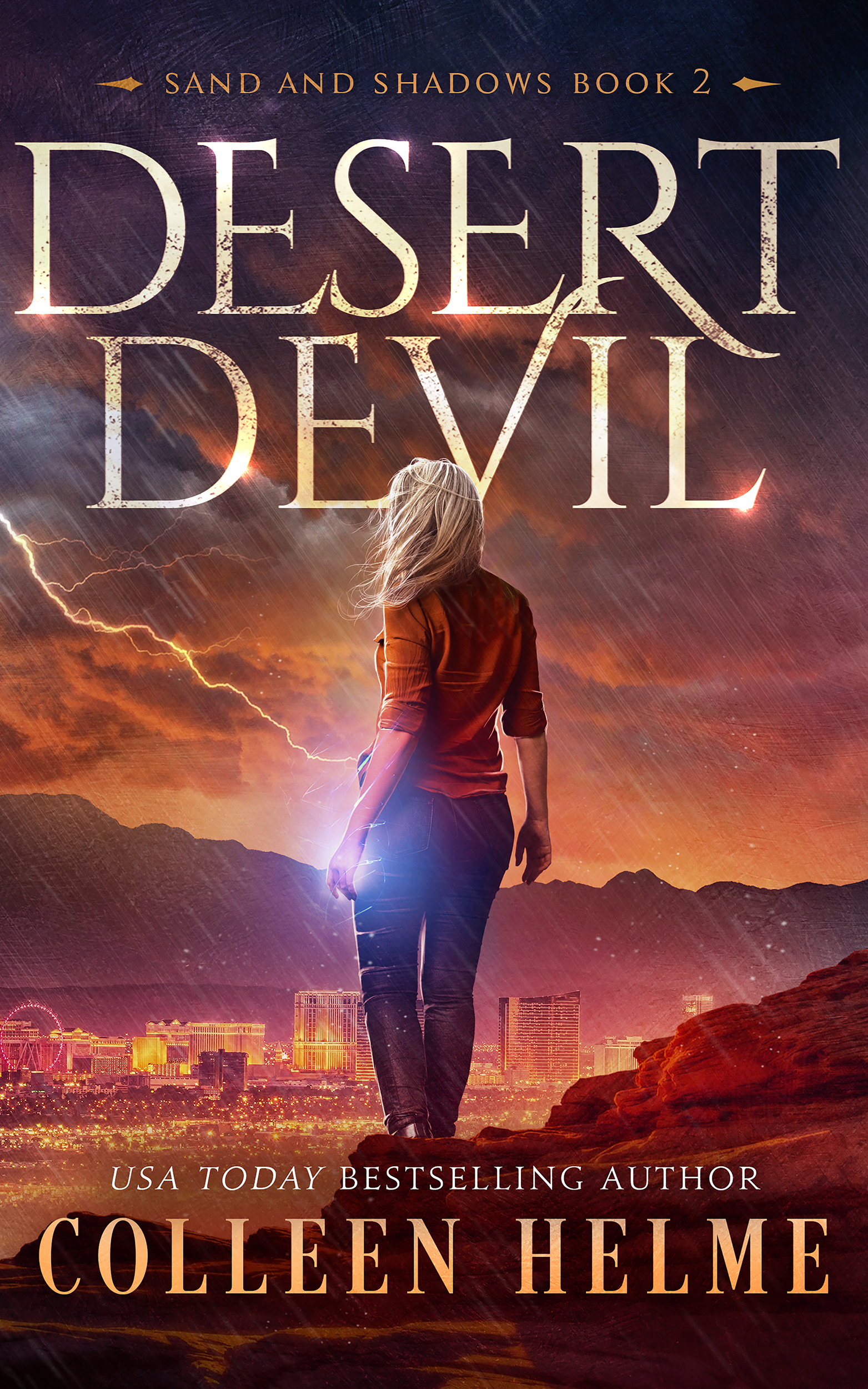 I stepped down the hallway and paused in front of room two-one-two-seven. At three in the morning, most of the patients were asleep, and it was relatively quiet. Taking a breath, I pushed the door open and stepped inside.

The boy lay quiet and still, hooked up to several machines. The halo around his head held his neck in place and kept him from moving. His curly, blond hair was pushed back from his forehead, and, even with his eyes shut, his dark, long lashes went on for days. For a fifteen-year-old, he looked small and helpless, surrounded by all the machines that monitored his vital signs.

This was the first time I’d been able to visit him, but I’d been drawn to this room since my first shift at the hospital. I’d had to wait until now, when things had settled down, before I could visit him without drawing unwanted attention. I still didn’t have a lot of time, so I stepped to his side and took his hand.

To my surprise, his eyes fluttered open and his gaze met mine. I smiled to put him at ease. “Hey Tucker, I’m Ella. I didn’t mean to wake you.”

“I just wanted to see how you were doing. Is it okay if I sit with you for a minute?”

“You can go back to sleep if you want.”

I smiled. “That’s because sleeping will help you get better.”

Tucker’s breath hitched, and his eyes brightened. “You think I’ll get better?” The desperation in his tone sent sorrow into my heart. Through no fault of his own, this poor boy had broken his neck in a freak accident.

The doctors had little hope that he’d ever walk again. Tucker’s parents had been devastated, but this young man had put on a brave face, telling everyone he’d be okay… and he’d walk out of this hospital and prove them wrong.

Now, alone with me, his eyes filled with tears, and worry tightened his brow. He’d tried to be brave for his parents, but now he couldn’t hold back the emotion.

As he blinked his tears away, I tightened my grip on his hand. “I don’t see why not. You just have to give it some time, and let your body heal. Can you do that?”

He tried to nod his head, but couldn’t with the halo around it, so he pursed his lips instead. “I think so.”

“Good. Now try not to worry. Close your eyes and go back to sleep. Everything’s going to be okay.”

His eyes closed, and a tear rolled down his cheek. “What does that even mean?”

“It means that it’s okay to be scared, but don’t lose hope; you’re stronger than you think. Now rest and go to sleep.” He glanced at me with half-closed eyes. I smiled and sent him a reassuring nod. He let out a breath, and his eyes dropped shut. He relaxed and, a few seconds later, his breath came deep and even.

Now that he was asleep, I closed my eyes and concentrated on my connection to him. Still holding his hand, I placed my fingers against his wrist and felt the beat of his heart. Sending my awareness through our connection, I traveled up his arm to his neck and centered on the source of his injury.

There, I felt the swollen tissue and the herniated disc that had damaged his spinal column. Through surgery, the disc had been successfully treated, but the injury to his spinal cord was irreparable.

Using my gift, I sent my healing power into his neck, starting with the swelling and proceeding to the injured nerves of his spinal column. Stimulating the nerves and bringing them back together was a slow process, but soon the tissue began to regenerate. I sharpened my focus, pouring all my energy into the tissue until it had strengthened and fully reconnected.

Several minutes later, I knew the moment the injury had completely healed. The swelling was gone, and the vertebrae reset, allowing his neck and the rest of his body to resume its normal position and functionality. My breath whooshed out of me, and I pulled my focus away.

Opening my eyes, I panted, feeling like I had just run a marathon. Thankfully, Tucker’s eyes were still closed. As I studied him, I noticed that his face held a slight flush of healthy color that hadn’t been there before. With his spine restored, he’d be able to walk again and live a normal life.

Totally exhausted, the exhilaration of using my gift to help him gave me the strength I needed to get up and walk out of there. With one last glance at his peaceful face, I opened the door and stepped into the hallway.

Holding the outside door handle, I made sure the door closed without the usual loud click. I turned to leave and nearly crashed into a cart being pushed by an orderly.

“Oh! I’m so sorry,” the woman said, covering her mouth with her hand. Her long, dark hair was pulled back into a low knot at the base of her neck, and her dark eyes flashed with embarrassment. “I didn’t see you there.”

“Of course.” She nodded, glancing at the door. “That’s the poor boy with the broken neck. How is he? I feel so badly for him.”

She stepped down the hall in the same direction I needed to go, so I moved beside her. Still a little weak, I couldn’t quite keep up with her pace. She noticed and slowed her step, sending me a look of concern. Before she could ask if I was okay, I picked up the conversation where she’d left off.

“I know. It’s heartbreaking, isn’t it? But maybe with some therapy, he’ll get some of the use of his arms and hands back at least.”

“That would be something. I pray for him every day. Such a tragedy.”

“Yeah, for sure.” I’d never seen her before, but she acted like she knew me. Maybe she’d been in one of my patient’s rooms and I’d missed it. Orderlies like her were nearly invisible in a hospital this size, but I usually wasn’t so preoccupied that I couldn’t be friendly. “I don’t think we’ve met. I’m Ella St. John.”

“Oh… it’s nice to meet you. I’m Reyna Torres.” Her surprise that I’d introduce myself seemed genuine. “I’ve only worked the night shift for a few days, but I’m always happy to make new friends, although… I have to say that I’ve heard of you.”

Her eyes widened. “Oh… nothing bad of course. It’s all been good. I mean… you’re new here, so people have talked about you a few times. But in a good way. You’re a really good nurse… at least that’s what everyone says.” Her gaze met mine, and she gave me a rueful smile. “So… I’m happy to run into you.”

She nodded and continued down the hall, while I stopped at the bank of elevators. I pushed the button for the main floor and stepped inside, grateful to be alone so I could lean against the side and catch my breath.

It concerned me that she’d seen me leave Tucker’s room, but there was nothing I could do about it now. If she’d been praying for him, that meant she’d be sure to follow his progress. By tomorrow, she’d know that something drastic had happened. I just hoped she wouldn’t put it together with my visit. 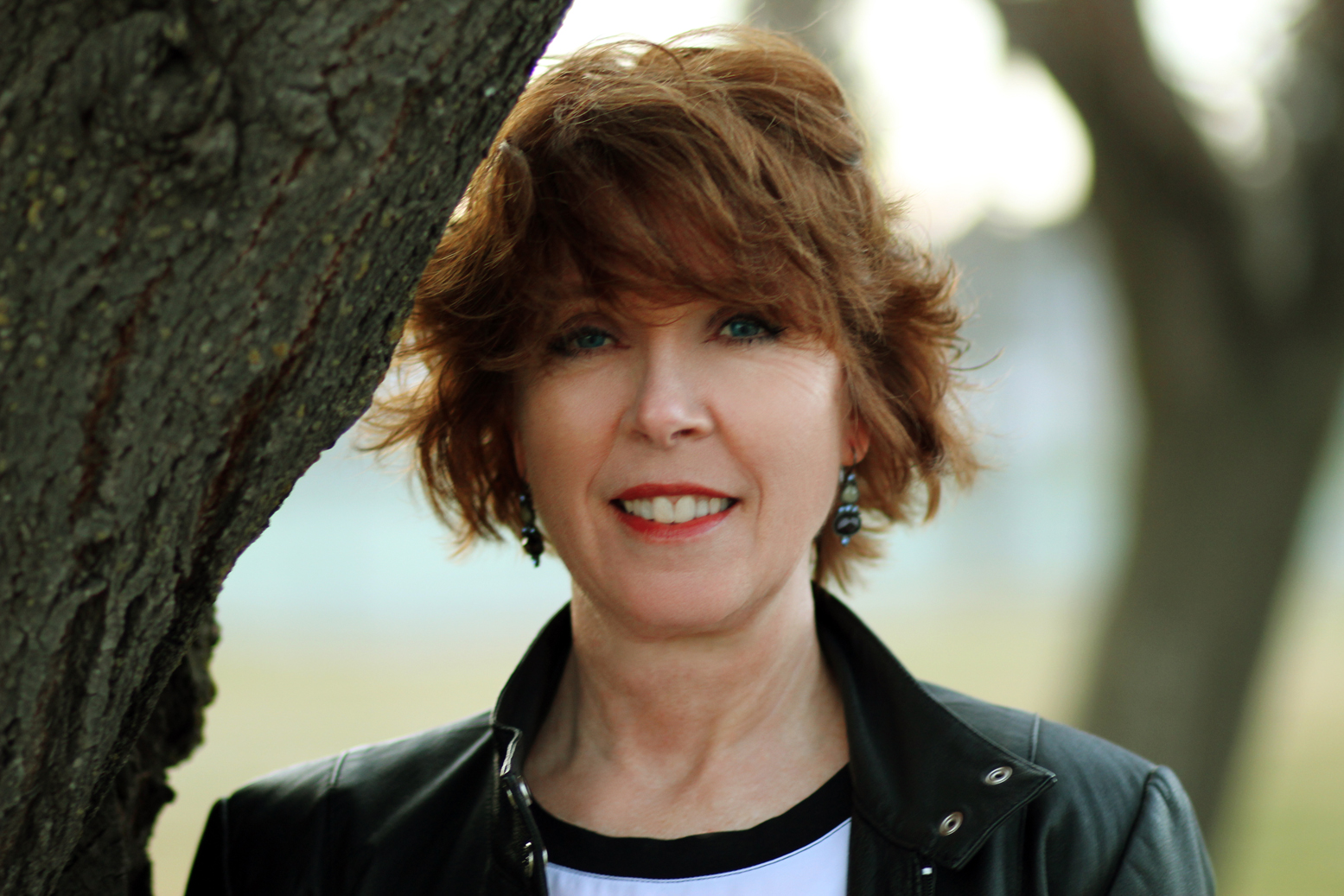 Colleen Helme is the author of the bestselling Shelby Nichols Adventure Series, a wildly entertaining and highly humorous series about Shelby Nichols, a woman with the ability to read minds. She is also the author of the Sand and Shadow Series, a spin-off from the Shelby Nichols Series featuring Ella St. John, a woman with a special ‘healing’ touch. Between writing about these two friends, Colleen has her hands full, but is enjoying every minute of it, especially when they appear in books together. When not writing, Colleen spends most of her time thinking about new ways to get her characters in and out of trouble. She loves to connect with readers and admits that fans of her books keep her writing.