The Buccaneers of St. Frederick Island

What can possibly happen when a crime happens under the very noses of a group of very savvy eighth graders at St. BeSillius’ Catholic School on St. Frederick’s Island?

When the money they raised to buy toys for children in homeless shelters in near-by NYC is stolen, the Buccaneers, as they call themselves are outraged. Despite warnings from Father Felix and Sr. Jo, Sprocket, the leader of the Buccaneers, and her determined buddies set out to follow the clues, run down the thief, and get those toys for the homeless kids. 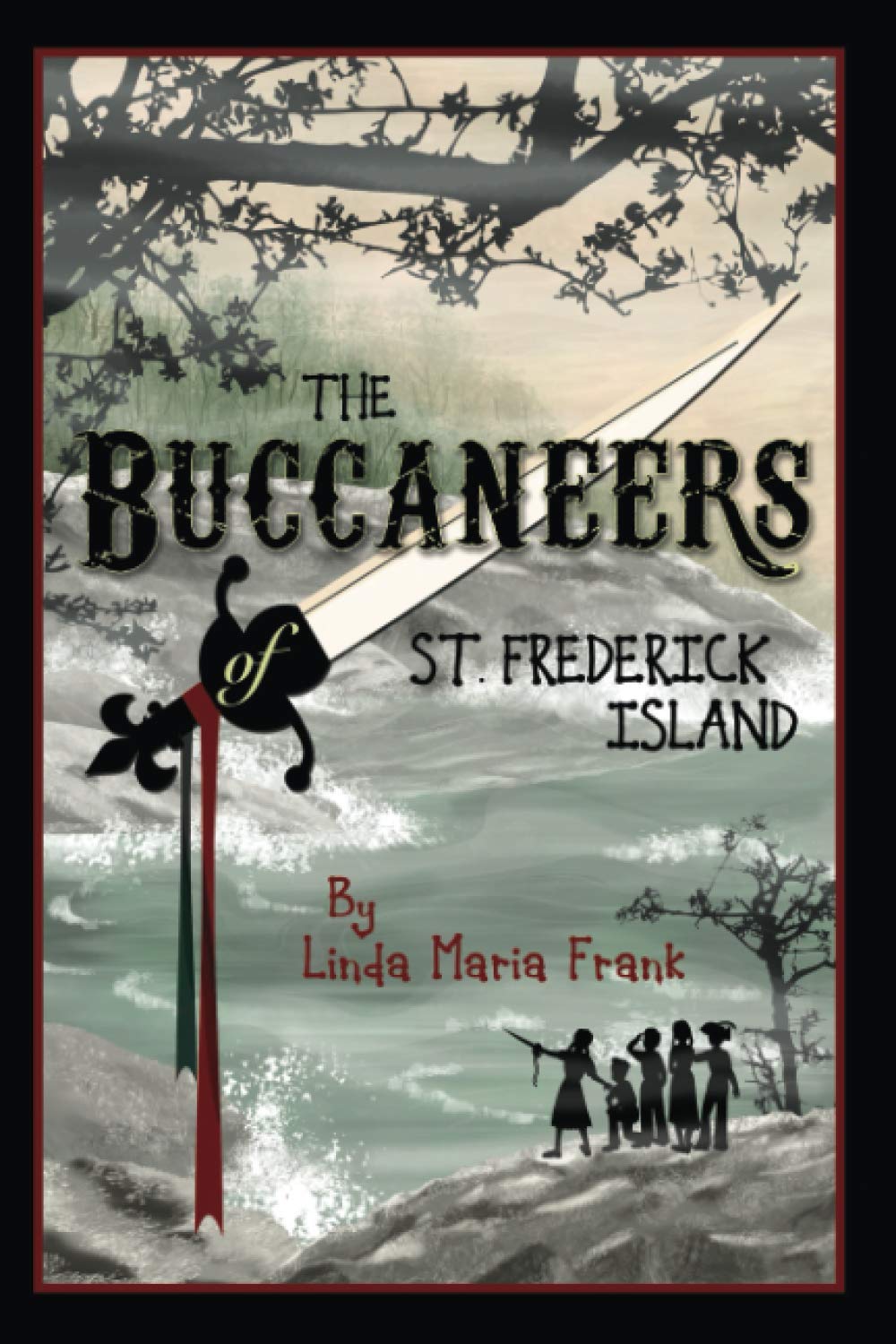 When their clubhouse is burned down, and a threatening letter is sent to the local newspaper, The Foghorn, owned and operated by Sprocket’s mother, the Buccaneers are even more determined to unravel the plot against them. A mysterious island once owned by the pirate, Jon Buccleigh and a labyrinthine cave serve as the setting for this skullduggery. A Native American healer, her community, and a group of the beach people conspire with the Buccaneers to get that money back.

You will be laughing at some of the Buccaneers’ antics and gasping at what those brave eighth-graders face to solve the mystery. The story is rich with colorful and engaging characters as well as the flavor of post-war America in 1947. An altogether fun and satisfying read.

How do those turtles do it? Pull their heads into their bodies? Here comes Sr. JoAnn. My head stubbornly remained on top of my neck.

If you think it’s easy writing a note to the kid in the seat next to you when the rattling of Sr. JoAnn’s rosary is announcing her slow walk down my aisle at this moment, you’ve never been to Catholic school. The room is silent. You can hear pen nibs scratching across the pages of our black and white composition books, leaving a trail of ink blots.

Pen nibs, you say. Ink blots? You won’t believe this about the ink and the inkwell. Will you? We all learned to master a form of writing called the Palmer method. This is just another aspect of toughening the backbone here at St. BeSillius’s. As I look at my permanently stained right middle finger, I wonder if I will be done in by something lurking in the ink and become St. Sprocket, patron saint of calligraphy.

The smell of chalk and old tempera paints barely covers the tinge of pine-scented urine coming from the old radiators. My mom went to this school and tells the story of kids leaning their wet behinds against the radiators to let their underwear dry if they had an accident. Going to the bathroom in those days was a privilege reserved for the Pope. Thank God things have changed, and St. BeSillius has hired a nurse, and given her an office where this kind of thing could be taken care of.

A floorboard squeaks. I hear the faint clink of keys as if Sr. has reached into the stygian depths of her pocket for something. I slide my ruler over the words I’ve just written and peer cautiously from the side of my vision trying to locate Sr. JoAnn. My stomach bunches. She is reading Eddie O’Malley’s entire page. Eddie’s not one of us, so there is nothing out of the ordinary to see in his notebook.

My page is full of writing, but not what I think I want Sister to see. So far, I’ve jotted a list: LOOK FOR CLUES, including the narvex, the sacristy, the side entrance, the choir loft, and the bushes around the church. I’ve signed it, Sprocket.

Sprocket? Is that a Christian name? Of course not, silly reader. We all have code names to protect the guilty. We are the Buccaneers of St. BeSillius School, a secret society dedicated to solving the mysteries and misdeeds of our little parish school and the island where it’s located.

Uh-oh. Here she comes. If I rip the page out and crumple it, she’ll just grab it. And, I’ll have to explain why there’s nothing on the page, in longhand mind you, about the characteristics that would have made George Washington a good Catholic, if only he had known better.

George was an Anglican having once been a colonial loyal to the King of England, also a George. But that’s another story.

Eddie, not the sharpest pencil in the box, is getting the Spanish Inquisition treatment about his lack of inspiration on the topic. I wonder if the nuns get a special course in interrogation techniques.

Eddie, I love him dearly, is buying me time. Could I quietly turn the page and jot a quick sentence or two? I pick up the notebook and turn the page, knocking a pen full of ink onto the floor along with the ink well. As you can imagine, this was not a silent maneuver. Sr. JoAnn, Eddie and the whole class look at me. I feel my face burn. I get up to clean the mess and knock the composition book on the floor with my note showing plainly on top. Sister reaches for it. I’M DEAD!

The fire drill siren shrieks. Sister turns to move the class to the fire exit, and I kick the composition book under the desk. It obliges me, closing with a snap.

“And I will be checking your essay.” She smiles back.

“Yes, Sister,” I say, noting that the proverbial glove his been tossed onto the floor like they did in those ancient duels. I file past her.

Are you wondering why a bunch of Catholic school kids are searching for clues in what looks like a church and the yard around it?

Let me digress for a bit and fill you in on some details about why we are listing clues and what all this skullduggery (Great word, isn’t it?) is about.

Well, before I fill you in on what happened when we found those clues, let me explain who we are. We call ourselves The Secret Crime-Stoppers of Sts. Christopher and Michael, but I wanted a shorter title like Buccaneers of St. BeSillius. I thought calling on both St. Christopher and St. Michael was pushing the envelope of sponsorship. And who even knows who St. BeSillius is? So, just think of us as the Buccaneers.

For the past year, our class has been raising money for a class trip to visit seven churches on the mainland and distribute toys to the children’s day care centers in those parishes. We did bake sales, car washes, leaf-raking, snow shoveling. We cleaned attics for old ladies, cut lawns and pulled weeds. Some ill-informed parents even let us do fence-painting. Don’t worry! Those shrubs will come back in a year or two.

A whole year of those earnings went into the fund. We kept it in the vestry. That’s the room behind the altar in the church where the priest keeps his vestments. Get it? Vestry, vestments? The box with the money disappeared the day Father Felix was supposed to open a bank account for us. We never got the money back, never found out who did it, and we’re pi….. Whoops! Sorry. I’m just angry. Not mad. Sister Priscilla said that mad means crazy. Well, she hasn’t been paying attention to her students.

Anyway, even though the sisters and priests said we should offer it up to God. I’m not sure what that means, the money or the cursing we did. And, we should learn a lesson. Next time lock it up! And where were we supposed to lock it up? It was in the vestry! With Father Felix, the parish priest!

This didn’t go down too well with some of us, and one night last summer at our club house which is just a shack on the beach, we decided to form our own little PI group, that’s Private Investigator. We voted on and accepted our official title, Buccaneers of St.Besillius. Look. You can’t beat our creativity in naming the group. We even researched St. BS. She’s the patron saint of mimes.

As we gathered around the fire, we wrote up a charter including the following:

· All clues are to be shared by everyone.

· All communications would be done using our code names. Mine is Sprocket.

· Our meeting place would be the old fishing shack on the beach.

Lily code name Sprocket, all around smarty, leader, that’s me.

Amalie: code name Ratchet, electronic surveillance, or just plain snoop, meaning she can use a camera.

And so, the story begins. 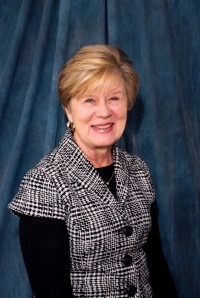 Linda Maria Frank, retired from a career teaching science, including forensic science, resides on Long Island and is currently writing the Annie Tillery Mysteries, as well as The Buccaneers of St. Frederick Island. She also produces The Writer’s Dream, her local access TV show, seen on YouTube. Frank is active in LI Authors Group, LI Sisters in Crime, LI Children’s Writers and Illustrators, and Mystery Writers of America.

Linda does lectures on Topics on Forensic Science at libraries, universities, clubs and other venues. She is currently writing the next Buccaneers book.