Once upon a time, Theo wanted it all: marriage, family, career. But when life didn't go according to plan, he chose his flying career over love. Years later, life takes another unexpected turn, and an older, wiser Theo finds himself at odds with the decisions from his past.

A familiar, unexpected voice asked, “Is everything okay?”

“Theo?” Her sharp tone clearly told him she held him responsible for what was happening.

Officer Perez narrowed his eyes at Theo. “Do you two know each other?” 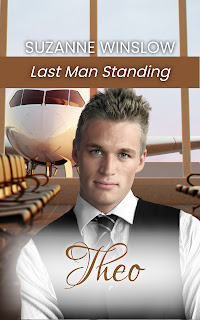 He couldn’t believe she’d called the cops on him. Or, maybe he could. “Her name’s Emma Wilson. She knows the people who live here too.”

“How many people have keys to this house?”

Theo shrugged. At least one more than he knew about.

A few seconds passed before Emma came outside ahead of the other police officer. She wore an emerald green bikini, a silver naval piercing, and pale pink polish on her toes. Her hair was shorter and straighter than he remembered. It was pulled back into a ponytail the same chestnut brown as the eyes that still occasionally featured in his dreams. As she got a little closer, he looked away, but not before glimpsing more of her than he had seen in a very long time. She stopped short a few feet away, clicking her fingernails, avoiding eye contact with him too. He didn’t blame her. Not after what he’d said the last time they were together. They hadn’t spoken since. Last he knew, she was an IT director in Detroit. Oliver usually told him when she was coming to California, but not this time. When their eyes finally met, she folded her arms over her stomach, trying to cover herself. All the movement did was show off her cleavage. His eyebrows lifted at her futile effort.

She glared at him.

Perez frowned. “Is everything okay?”

“Okay, then.” Perez held out his hand. “Let’s see your driver’s licenses.” 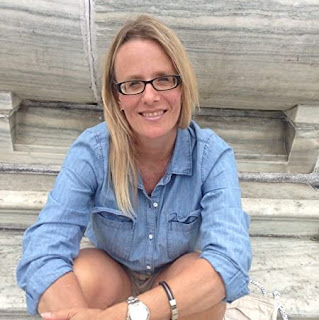 Suzanne Winslow writes the kind of stories she loves to read—contemporary romance with relatable characters, unsung heroes and heroines, and true-to-life stories. Nurses, teachers, firefighters, and Marines top her list of champions. Give her a book about strong, brave characters with hidden vulnerabilities and a secret passion, and she’ll binge read to the end!

Suzanne and her husband call Upstate New York home. When she’s not reading or writing, she’s often planning a road trip, or if it’s summertime, hanging out at the lake. Connecting with readers through Instagram, Facebook, and newsletters is a favorite pastime.