The Unveiling of Polly Forrest

During the throes of the Great Depression Polly marries for money. After her husband Sam dies in a bizarre farm accident, new bride Polly assumes she is set to pursue her dream of opening a hat-making business. Instead, she becomes the prime suspect in Sam’s murder. Secrets abound and even Polly’s family can’t figure out the truth.

This story has a lot going for it, a lot of interest points. There is the Great Depression. The pressure we  women were subjected to of marrying into a higher station or wealth. But it also has a hidden layer of abuse and the sad but true embarrassment of not telling our neighbors about anything unaccepted, no matter how bad it might be.

But this isn’t just a tale of life and hardship during the depression, it’s a mystery, an intriguing one at that. Polly had no idea what her husband was involved in, but she sure finds out more than she ever wanted to know after his death.

Charlotte Whitney has several publications, all with good reviews. These last two books with a depression era flavor seem to be really popular.

Check them out here:  https://amzn.to/3oGyvx4 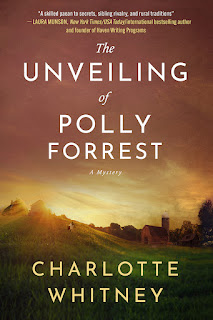 Having no choice, I began climbing the exterior ladder that ran up the height of the silo. I got up five or six rungs before my fear of heights kicked in. My body started shaking and I willed myself not to look down. I kept putting one foot above the other. The towel around my wounded right arm had loosened and I let it fall to the ground, not wanting to remove my other hand from the rung.

Every step required my mind telling my arms and legs to move. My hands were jittering and I could hardly grip the ladder. You can do this, I told myself. You can. You can.

“Keep going.”  His voice was piercing.

I willed my feet to move up the ladder. My body convulsed. I was about five rungs from the top when I stopped. Reason told me I needed to quit shaking and get my body under control or I would fall. Then it occurred to me. He’s not going to push me into the soft silage. He’s going to knock me off the top of the ladder down to the hard earth. 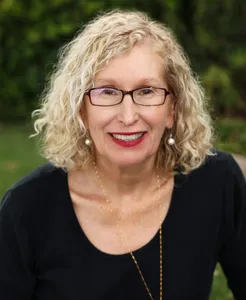 Charlotte Whitney is the author of historical fiction set during the Great Depression in the rural Midwest. Her most recent work, The Unveiling of Polly Forrest, a stand-alone historical mystery follows her groundbreaking novel, Threads A Depression-Era Tale, which was met with both critical acclaim and commercial success. She received a master’s degree in English at the University of Michigan, and after a short stint of teaching at two community colleges, worked at the University of Michigan where she was an associate director of the Lloyd Scholars for Writing and the Arts. Currently living in Arizona with her husband and two dogs she enjoys hiking, bicycling, swimming, and yoga.