When a powerful ancient artifact – a key - falls into the wrong hands and disaster begins to strike around the globe, the F.I.G.s must find the artifact and return it to its rightful home.  With odds stacked against them, and only their unique intellectual gifts to rely on, they are in a race against time to save the world.

Join the F.I.G.s - females of intellectual genius - as they solve mysteries of historic and universal proportions.  Dara Roux with her mastery of...

foreign, ancient, and obsolete languages; Mackenzie Yarborough with her ability to solve complicated math formulations; and Jennifer Torres with her talents in musical composition and painting are all recent graduates of Wood Rose Orphanage and Academy for Young Women.  As the F.I.G.s embark on their own personal journeys, their bond with each other becomes unbreakable in the knowledge that Wood Rose will always be their home.  Included in that bond is Carolina Lovell, the young teacher with a gypsy heritage who was tasked with supervising the F.I.G.s their senior year at Wood Rose. Because of her love and understanding, she will always be like a big sister to the three girls.

As the F.I.G.s travel to different countries around the world exploring some of history’s greatest mysteries, they begin to understand the reason for their uniqueness, accept why they are so different, and learn how to use their intellectual genius in this world and beyond.

In the Seraphim’s Song, the F.I.G.s are back to solve another mystery. Traveling around the globe we read about the girls and their special skills, but we also even get bits of history. I loved reading about a few familiar pieces identifiable to many.

Barbara Casey has added another book to this series for ages 13 to 17+. It’s challenging and fun, and it’s a quick read. And...it shouldn’t be missed. Check it out right here. https://amzn.to/2Vt016r

As she usually did in the early, pre-dawn hours, Lyuba was digging roots, in the dark of the crescent moon, and every so often replanting a good piece of a root to grow next year.  The day before she had picked herbs, during that time when the essential oils are at their strongest, before they could get evaporated by the midday sun.  Where she searched was her favorite place, the place where the energies were strongest.  Surprisingly, it was the old church graveyard built on a slight mound just outside of the rural Italian village of Frascati, which is why the other gypsy women stayed away.  Unlike Lyuba, they feared being so near the dead. They believed that being near death would hasten their own, therefore they refused to go there. Lyuba, however, saw death as the natural and necessary progression of life, in another form, in a different dimension. She found comfort and solace in its nearness. A creek ran nearby, and a tall, unkempt yew tree grew near the entrance to the graveyard, poisonous, but giving off positive energies.  It was a place Lyuba knew well, having discovered it from earlier times when the travelers came this way. It was there where she found peace.

She would prepare her potions from the roots, bark, and hard seeds she gathered and make decoctions by soaking them overnight and boiling them the next day.  Some of the decoctions she would add honey or sugar to; others she would thicken into syrup or add lard to make ointments and salves.  The freshest herbs she saved for her oils.

Once her potions were ready, she would take them into the village to sell.  Coughs or colds, rheumatism, cuts and bruises, burns—it didn't matter.  She knew what remedy was necessary to relieve pain, create lustrous hair, revive the impotent, whiten teeth, cure constipation, or simply heal the broken spirit.  Unlike others who only pretended, she had the gift.

As she scraped pieces of root and bark, and gently picked the seeds from the plants she revered, she suddenly paused, aware of something different in the air around her—an unseen potent force. She stood up and, closing her eyes, listened quietly as she sniffed the air. There was an unfamiliar strangeness surrounding her. She felt the slight tremor of the earth and somewhere very far away, she heard the low-pitched hum.

It was a sound she knew well for it had been given to every civilization from the beginning of time. Used in all of the major religions—Hinduism, Buddhism, Jainism, Islam, Zoroastrianism and Christianity—it was the sacred universal sound.  A single sustained note, a mantra, it was the melody of the angel that acted as the means of communication between the gods in the heavens and the humans on earth. It was the seraphim’s song.

But something was wrong; the single note was slightly off-key. The pitch wasn’t quite right. Then, because she was a choovihni and had the knowledge of the universe coursing through her veins, a cosmic consciousness that had been passed down to her from her mother, her grandmother, and her great grandmothers through all time, she sensed darkness and evil. 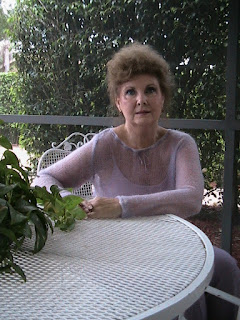 Originally from Carrollton, Illinois, author/agent/publisher Barbara Casey attended the University of North Carolina, N.C. State University, and N.C. Wesleyan College where she received a BA degree, summa cum laude, with a double major in English and history.  In 1978 she left her position as Director of Public Relations and Vice President of Development at North Carolina Wesleyan College to write full time and develop her own manuscript evaluation and editorial service.  In 1995 she established the Barbara Casey Agency and since that time has represented authors from the United States, Great Britain, Canada, and Japan. In 2014, she became a partner with Strategic Media Books, an independent nonfiction publisher of true crime, where she oversees acquisitions, day-to-day operations, and book production.

Barbara has written over a dozen award-winning books of fiction and nonfiction for both young adults and adults. The awards include the National Association of University Women Literary Award, the Sir Walter Raleigh Literary Award, the Independent Publisher Book Award, the Dana Award for Outstanding Novel, the IP Best Book for Regional Fiction, among others. Several of her books have been optioned for major films and television.

Her award-winning articles, short stories, and poetry for adults have appeared in both national and international publications including the North Carolina Christian Advocate Magazine, The New East Magazine, the Raleigh (N.C.) News and Observer, the Rocky Mount (N.C.) Sunday Telegram, Dog Fancy, ByLine, The Christian Record, Skirt! Magazine, and True Story.  A thirty-minute television special which Barbara wrote and coordinated was broadcast on WRAL, Channel 5, in Raleigh, North Carolina.  She also received special recognition for her editorial work on the English translations of Albanian children’s stories. Her award-winning science fiction short stories for adults are featured in The Cosmic Unicorn and CrossTime science fiction anthologies.  Barbara’s essays and other works appear in The Chrysalis Reader, the international literary journal of the Swedenborg Foundation, 221 One-Minute Monologues from Literature (Smith and Kraus Publishers), and A Cup of Comfort (Adams Media Corporation).

Barbara is a former director of BookFest of the Palm Beaches, Florida, where she served as guest author and panelist.  She has served as judge for the Pathfinder Literary Awards in Palm Beach and Martin Counties, Florida, and was the Florida Regional Advisor for the Society of Children's Book Writers and Illustrators from 1991 through 2003.  In 2018 Barbara received the prestigious Albert Nelson Marquis Lifetime Achievement Award and Top Professional Award for her extensive experience and notable accomplishments in the field of publishing and other areas. She makes her home on the top of a mountain in northwest Georgia with three cats who adopted her, Homer – a Southern coon cat, Reese – a black cat, and Earl Gray – a gray cat and Reese’s best friend.