A Story of Bad 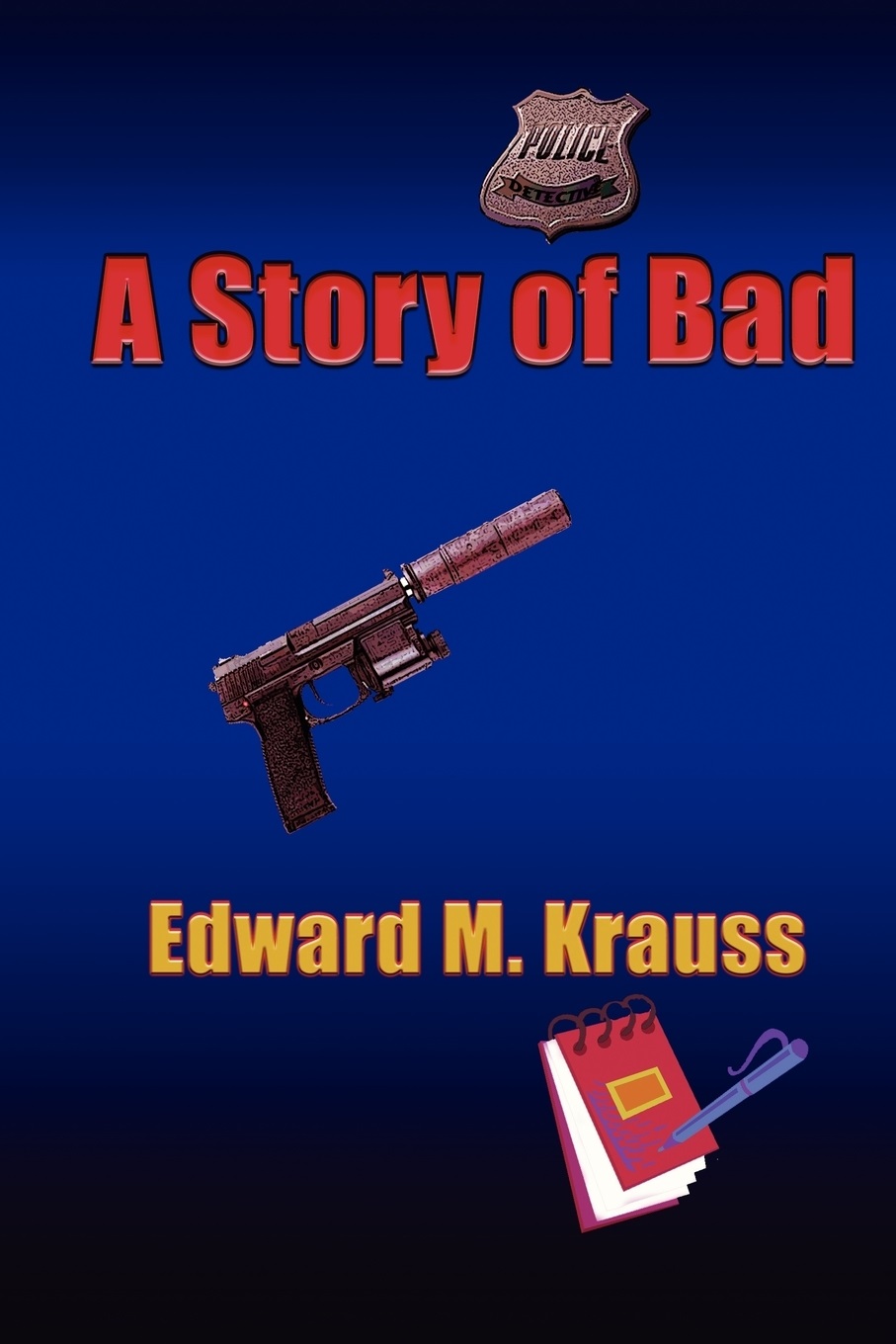 A Murder Mystery... A Romance... Intertwined

A Story Of Bad features a woman and a man, both intelligent with strong personalities.

She is June Replyn, a city reporter working the business side of the fashion world. June is asked to write a story about how a small company, a clothing factory, survives the death - by murder - of its inspirational leader.

He is Detective Terry Stans. Reviewing clues and interviews, Detective Stans comes away with the impression that the dead man knew his assailant, and his dedicated workers and bereaved family are all prospective suspects.

One day June is at the clothing factory gathering additional material, and Terry is there, continuing his investigation. The detective is stuck. The case is going nowhere, and he believes that the fashion writer has a better view of the inside workings of the company than he has been afforded. Hoping that fresh eyes will see something he hasn’t, he obtains a promise from her that nothing will be printed without his permission, then he invites her to come to his precinct station and review the file. Not long after, he invites her to dinner at his favorite ribs joint.

This novel is about a reporter and a detective, both asking questions about a murder - although from different perspectives - who become ensnared in a romance. Their relationship raises questions about confidentiality, loyalty to one’s employer, professional ethics; she is trying to write a story for her readers, he is trying to keep control of an investigation. Both of their bosses caution them about the dangers to their careers raised by this situation. And there they are, lovers.

The tale is designed to intrigue with two intertwining stories, the mystery of the murder and the unexpected love affair. As the relationship grows and the mystery is solved we visit the worlds of Cambodian employees in America, police investigations, newspapers and their editorial policies, and drug smuggling.

There is no graphic violence or sex in the novel. 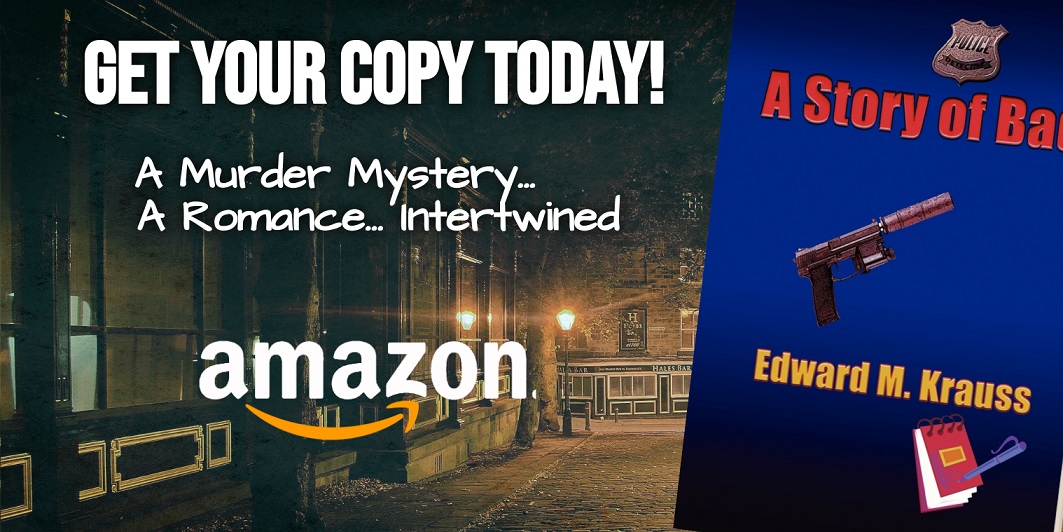 In this excerpt June Replyn is interviewing two sisters, Cambodians, about a cousin and co-worker who was murdered in front of them. Because their English is quite limited, June has brought along Salath Doeung (Sal), a college student born in  New York to Khmer-speaking parents.

The four sat in silence for a moment, sipping the hot green tea, eating the sweet, wonderful dessert, and then the conversation began again. June wrote some clarifying comments next to the notes she had hastily written as he was speaking. She took her time, her head down, not wanting to convey the least impatience. Silence, and she glanced up to see him writing. Then he said something else and the cousin’s smiles disappeared. They paused, and then in lowered voices began to speak. June felt like screaming, she wanted simultaneous translation. What were they saying? But she waited, waited. Finally they paused, and he turned back to her.

“Two things. The first is that she had done a little dating here but no boyfriends, and she liked it that way, she thinks it isn’t easy to be a married woman with little kids here, not if you don’t speak English. Like I said before, she really wanted to go home, planned on it, and pretty much was at work or here or a local restaurant, not out late, no mysteries. As far as your guess, the one you mentioned in the car, I think your impression is right, correct.”

June, head down, nodded slightly as she wrote.

“Second, someone at work, guy who unloads boxes and helps the cutter, assistant cutter I guess, had a fight with her about some boxes or materials or something. Something at work. They don’t know what it was about because Rith didn’t want to talk about it, most unusual, she liked to gossip. They had a fight, and after that she avoided him.”

“Avoided scared or avoided mad at?”

He turned back and there was a brief flurry of Khmer.

“Scared, but she didn’t want to talk about it.”

“Did they tell the police about this, and if so, why not?”

Even as she said it she realized her mistake; anyone living here, especially in lower-income neighborhoods, knows the word ‘police’ no matter what their language background or skills. The sisters visibly tensed.

He started to turn, but she stopped him.

“Wait, I just made a stupid error, they recognized the p-word and they’re already on guard. I really want to know the answers, hope you can fix things.”

He winked at her, a youthful show of confidence, and turned back to the two young women, who now sat holding their tea cups tightly in their laps, their backs straight. He spoke for some time, they both listening intently, occasionally glancing at June. Then he stopped, and no one spoke for almost a minute. Then Sopheara Moeun softly began to speak, said only a few words and her sister spoke sharply to her. Sopheara responded in a raised voice, Sopharath responded loudly, and suddenly both were standing on their feet, noses inches apart, screaming at each other. In the midst of this June noted that they carefully placed the teacups back on the tray, a gentle, delicate gesture while they shouted as loud as they could. Suddenly Sopharath whirled and looked at June with a startling combination of fear and anger, tears starting to run, and held out both hands, palms up, pleading, and said “You all make dead.” Her right hand changed, index finger pointing, and pointed at herself and her sister, back and forth, pointing at each several times. “You all make dead, you all make dead.” She ran from the room.

June wasn’t sure what to do next, so she did nothing. She lowered her eyes, giving up any control, trusting that her interpreter, who had done so well so far, would know what to do.

He said something softly, and Sopheara sat down again. He paused, then turned to June. “They do know something, they may even know who did it. They are, as you can see, scared. They didn’t say anything to the police for that reason, but now Sopheara feels that she has to make it right, has to help the Americans...I mean, the government, punish him.”

June took her time, spoke slowly and gently, nodding at Sopheara Moeun, trying to be positive, reassuring, conveying not only through the words to be translated but with her demeanor and tone of voice. “Please tell her this. First, she is doing the right thing, honoring her cousin’s memory, and that she is very brave. Second, I have.. friends... in the police department, and I promise her that they will be very careful, move cautiously, and not do anything that will.... No, that doesn’t work. Sorry. Say this, say that I will explain the situation and ask the police to be very careful.”

The Khmer began again, both speaking in soft voices for a short time. Then Sal leaned forward and gently patted Sopheara on the shoulder, looked her in the eyes and said something. She smiled shyly, got up and started to leave the room. She stopped in front of June and, while looking at her, said something in Khmer. Salath Doeung translated “I hope you are the one who wins.” Then she was gone.

Edward M. Krauss is the author of A Story Of Bad; Solomon The Accountant (a gentle love story set in a middle-class Jewish community in Toledo, Ohio in 1950); Here On Moon (betrayal, divorce, recovery).

Every story wants to offer you a message, a touch little bit of wisdom, in order that you would possibly learn and become enlightened by it. believe it; from the only children's book to the foremost complex novel ever written, all of these stories relay messages about courage, love, faith, right and wrong, or how to not do things, if you want to know more visit shortstorycollections.com