The Road to Delano

This post is part of a virtual book tour organized by Goddess Fish Promotions. John DeSimone will be awarding a signed copy of The Road to Delano to a randomly drawn winner via rafflecopter during the tour. 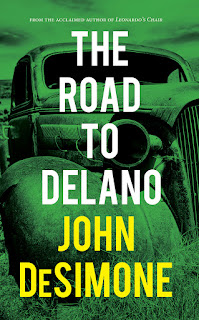 It’s 1968, and a strike by field workers in the grape fields has ripped an otherwise quiet central California town down the middle. Jack Duncan is a Delano high school senior who is on his way to earning a baseball scholarship, hoping to escape the turmoil infesting his town. His mother has kept from him the real cause of his father’s death, who was a prominent grower. But when an old friend hands Jack evidence indicating his father was murdered, he is compelled to dig deeper. This throws him and his best friend and teammate, Adrian Sanchez, whose father is a striking field worker, into the labor conflict led by Cesar Chavez. Road to Delano is the path Jack and Adrian must take to find their strength, their duty, and their destiny.

Monday at lunch, Jack and Ella settled on the grassy school quad. The morning haze, a gray dullness, hung over them. Ella in a long skirt and T-shirt printed with her favorite saying played her guitar. Jack ate slowly, as Ella gently strummed a Joan Baez song.

She let the last chord vibrate in the air. “You look far away today, Jack.”

“Worried about the big game?” She strummed a C chord.

“Not really. I’m ready for those guys.” As crucial as the Arvin game was to his chances for a scholarship, his head spun with Herm, the sheriff, and lost combine. He needed to set all that aside.

“You’re worried about losing that combine, aren’t you?”

He shrugged and glanced off into the haze. Herm’s beat-up face filled him with too many questions, ones he would rather not ask.

“What do you think happened to it?”

Jack did his best to suppress a frown. He spent the next twenty minutes explaining how Sheriff Grant found Herm Gordon face down in the mud and how their combine had gone missing. Short of stealing someone else’s machine and selling it to pay the taxes, he didn’t have too many ideas about what he could do to save his mom’s place.

“Jack, you have to protest. Write to the newspaper. Make noise until the sheriff finds your combine. Someone knew you needed that money to save your property.”

Ella’s sense of urgency hovered over her, an impending sense of doom that required her to stand up and shout to drive it away. She had been this way since he first met her, always ready to protest. Vietnam had taken up most of her attention. But it was their trip to Berkeley a couple of years ago that had set her on fire, and had almost got Jack arrested in front of Sproul Hall. 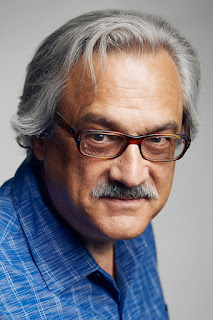 John DeSimone is a novelist, memoirist, and editor. He’s co-authored bestselling The Broken Circle: A memoir of escaping Afghanistan, and others. He taught writing as an adjunct professor at Biola University and has worked as a freelance editor and writer for nearly twenty years. His current release, a historical novel, The Road to Delano, is a coming of age novel set during the Delano grape strike led by Cesar Chavez. BookSirens said, “It’s more than a little Steinbeck, in a good way….” He lives in Claremont, Ca, and can be found on Goodreads and at  www.johndesimone.com