The Man in the Black Fedora

This post is part of a virtual book tour organized by Goddess Fish Promotions.
Tom Johnson will be awarding a $10 Amazon/BN GC to a randomly drawn winner via rafflecopter during the tour. 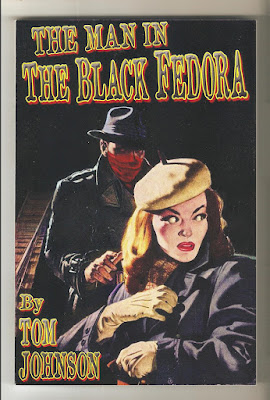 In a city of mob rule and crime, death is cheap, and police have their hands tied. In this dark metropolis, a new paladin arises to fight against injustice. A man of education, dedicated to fighting evil with fire against fire, the man in the black fedora.My Review...

I think this fun to read book teeters right on the edge of the black noir and pulp fiction genres. Or you could just look at it as a hard-boiled character playing out a mystery and only call it a good suspenseful mystery.

No matter your preference it still “boils down” to be a fast moving read with lots of action and twists and turns. Definitely reminds me of watching a good old movie. Maybe that’s why the “black noir” genre stuck in my mind. Worth your time to read for sure.

On Saturday evenings the streets of the Big Apple are crowded with heavy traffic, for New Yorkers are always on the move, and the sidewalks are always cluttered with masses of people visiting the nightly entertainment venues. Tonight, the Great White Way was alit with neon lights flashing their colorful signs, advertising the hottest stage shows or current rage drawing visitors from all over the world. The diminutive blonde struggling to break through the mass of humanity appeared alien to this world, but she was not. She was a talented singer at a popular nightspot, The Flamingo Club; something had spooked her into running. Perhaps she was running for her life.

“Please!” she pleaded as she struggled to make a pathway through the strollers who persisted to walk shoulder to shoulder, barring the tiny girl’s passage. Glancing behind her, she knew the hoods were still following her. Those men with heavy guns concealed in shoulder holsters beneath expensive suits. They were Merrenelli’s mobsters! And they were following her!

A path was finally opened, and her sea-blue eyes flashed with momentary hope as she burst through the opening like a cannonball shot from an old artillery piece. Strangers cursed the girl when she accidentally bumped against them, and many snapped rude remarks in her wake. Either the words were drowned out because of the noise, or her fear had closed out all sounds as she ran.

Tears were rolling down her cheeks now as she thought of fast-approaching death. At 22, she had a promising career as a cabaret singer, and the nightclub contract seemed to be a dream-come-true after all her voice training. With both looks and talent, her friends told her she would go far. But her young naiveté had not known that her boss at the Flamingo Club was a mobster with illegal activities that she was not supposed to see.

Tom was a voracious reader from an early age, beginning with comic books at age seven and reading novels by age 10 or 11. He has never stopped reading for pleasure, though his interest in genres have often switched from SF to western, to hardboiled detectives, the classics, and back to science fiction again over the years. In his own writing, readers will often 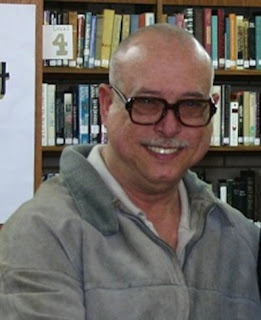 find something about his love of zoology, whether insects, reptiles, or saber-tooth cats. Tom had a stroke in March 2002. Now retired, he and his wife devote their time to keeping Tom’s books in print, as well as helping promote other writers.

They settled in Tom’s hometown of Seymour, Texas, home of the Whiteside Museum of Natural History, and the red-bed digs near the town where Permian fossils have been discovered for over a hundred years. A 250-million-year-old amphibian, the Seymouria was discovered in the red-beds and is named after Seymour. One of the main predators of the Permian was a large finback reptile called a Dimetrodon, and a statue is displayed outside the museum. Several of Tom’s books are on hand in the museum. With over 80 books in print that he has contributed to, Tom has slowed down now. He is still writing children’s stories while promoting his books still on the market. Plus, he still has hopes of one day seeing his short novel, Pangaea: Eden’s Planet, made into a film.

Note: The Man in the Black Fedora was released September 26, 2019. Tom passed away on November 5, 2019. The book will remain in print posthumously for the length of the contract.

Enter to win a $10 Amazon/BN GC - a Rafflecopter giveaway