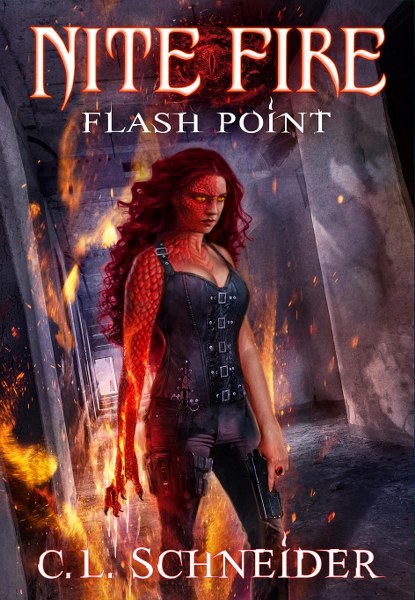 Slated for execution, shapeshifting assassin, Dahlia Nite, flees her world to hide in the human realm. As payment for the shelter they unknowingly provide, Dahlia dedicates herself to protecting humans from what truly lives in the shadows. Moving from town to town, she hunts the creatures that threaten an unsuspecting human race; burying the truth that could destroy them all.

But the shadows are shifting. The lies are adding up. And when Sentinel City is threatened by a series of bizarre brutal murders, light is shed on what should never be seen. The secrets that have kept humanity in the dark for centuries are in danger of being exposed.

Wrestling with a lifetime of her own deceptions, Dahlia investigates the killings while simultaneously working to conceal their circumstances. But with each new murder, the little bit of peace she has found in this world begins to crumble. Each new clue leads her to the one place she thought to never go again. Home.

Flash Point is the first book in the Nite Fire Series.

The fantasy part of this is not necessarily my thing but the story captivates you and keeps you reading. This is really a murder mystery story in a fantasy world. Schneider creates a strong female character. A character that I spent time trying to decide whether I liked or didn’t. I think that’s the picture drawn by the author in this book and it leads to a lot of tension. The good kind. The kind that makes you want to keep reading.

Flashpoint is Book 1 in a series titled “Nite Fire”.  All 3 books in the series have really good reviews. It’s fun to start a good book and know that there are two more to go. 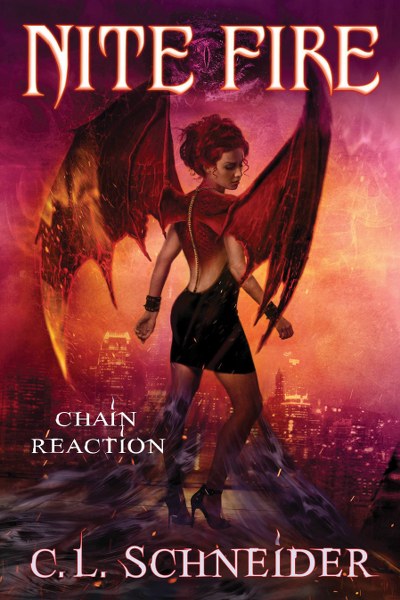 If anyone can tell the difference between monsters and humans, it’s Dahlia Nite. For nearly a century, she’s hunted one to protect the other; safeguarding humanity from the creatures that slip through the torn veil between the worlds—creatures like her. But the lines are blurring. As people begin mutating and combusting on the streets, Dahlia realizes a strange affliction has descended upon Sentinel City. The mysterious ailment strikes all walks of life, from the posh, high-end nightclub district to the homeless community. Its victims, driven to random acts of savagery, are drawing attention too fast to cover up.

Assigned to the case, Dahlia and her human partner, Detective Alex Creed, investigate the deaths. But all they have are questions and bodies, and a public on the verge of panic. Working behind the scenes with her self-appointed sidekick, Casey Evans, Dahlia struggles to discover what, or who, is behind the alarming transformations. As the violence spreads and the mystery unfolds, she wonders: are the victims still human? Were they ever?

Chain Reaction is the second book in the Nite Fire Series. 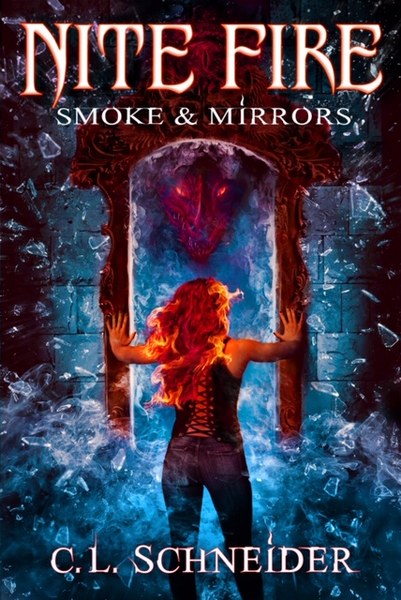 Secrets are a dragon’s best friend. Deception is a close second. Both provide a sturdy armor, allowing half-dragon shapeshifter, Dahlia Nite, to live undetected among the humans. Walking in two worlds, belonging in neither, she wraps herself in a shroud of lies to hide in plain sight. But nothing stays hidden forever.

When dismembered bodies of multiple species are dumped on the riverbank, the case falls to Dahlia and Detective Alex Creed. Backed by Sentinel City’s new task force, the pair find themselves urged along by clues that seem too good to be true. Bouncing from one crime scene to the next, they hunt for a clear motive in a murky sea of conflicting evidence. Already on edge from the recent string of unexplained crimes, the city begins to unravel.

Drowning in missing creatures, slaughtered remains, masked men—and the search for her sidekick’s missing sister—Dahlia burns the candle at both ends. Seeking answers, she employs her empathic abilities, and uncovers something deeper and more sinister than a simple serial killer’s web. As the dots connect, and worlds collide, she struggles to shields her friends from the truth. But secrets can be deadly. And Dahlia’s not the only one who keeps them.

Smoke & Mirrors is the third book in the Nite Fire Series. 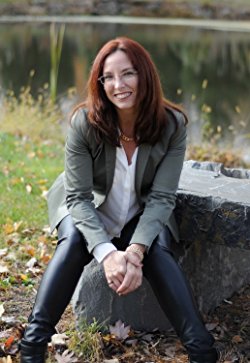 C. L. Schneider was born in a small Kansas town on the Missouri River. Growing up in a family of readers, all with diverse interests, she developed an early and avid love for the written word. Her fascination with science fiction stories and anything supernatural, as well as a keen interest in the Middle Ages, drew her to fantasy. At the age of sixteen, she wrote her first, full-length novel on a typewriter in her parents' living room. While her primary focus is adult epic and urban fantasy, she dabbles in the occasional science fiction or post-apocalyptic story.

Schneider's debut novel was The Crown of Stones: Magic-Price, the first book in her epic fantasy trilogy. The Crown of Stones is a gripping account of one man's struggle to accept who and what he is. It's the journey of a flawed hero, a fallen race, and a land at war. A page-turning tale of prejudice, betrayal, secrets, and lies.

"The Crown of Stones Trilogy evolved from the creation of my protagonist, Ian Troy. I wanted to construct not just a character, but a person that I, as a reader, would want to get lost in. One that would embody the characters I’d come to love from the stories I read in my childhood home, so many years ago. My goal was to develop a character that was capable of being both a cowboy and an outlaw, a detective when he needs to be, a monster when he can’t help it, and a hero even when he tries not to be."

C. L. Schneider lives in New York's Hudson Valley with her husband and two sons. An active member of the indie author community, you can often find her on social media chatting about the daily ups and downs of a writer's life.