The Wars Among the Paines

This post is part of a virtual book tour organized by Goddess Fish Promotions. John M. Millar will be awarding a $10 Amazon or Barnes and Noble GC to a randomly drawn winner via rafflecopter during the tour. Click on the tour banner to see the other stops on the tour. 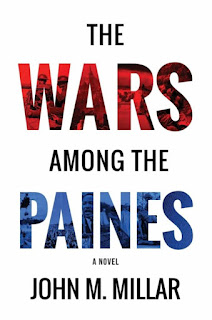 Spanning over 200 years of American military history, “The Wars Among the Paines” (Koehler Books, September 30, 2020), tells the complex story of a family defined by war, accounting in vivid detail its toll in blood, treasure, and emotional turmoil. Nearly 50 years in the making, “The Wars Among the Paines” is the debut novel by Vietnam veteran John M. Millar, who tells a story that illustrates how the consequences of America's foreign wars escape the boundaries of the front lines, and ripple through generations of families, friends, politics, and the lives of we the people.

INTO THE GREAT UNKNOWN, THE OTHER HEART OF DARKNESS—CAMBODIA

Our mission was to become the northernmost company of the 1st Air Cavalry Division in Cambodia. Our target was NVA supply bases believed to be in NVA Base Area 351 (the Belly). We had limited maps and aerial photography since we had been forbidden to cross the Cambodian border before, except in “hot pursuit.” My company was directed to be the lead company for the combat assault on Cambodia.

However, our battalion commander changed our mission, based on his observations from his chopper, noticing new roads going under the jungle canopy. A Cobra pilot spotted NVA trucks and troops and eliminated them. More trails were leading into the jungle that suggested that NVA supply depots were in that vicinity. We were diverted to FSB Myron to load up on Hueys and be inserted into the jungle, 500 meters north of yesterday’s contact.

I always went on the first Huey in and the last one out of any insertion. When we landed, I put my old platoon on point in single file until we found blood trails and then made first contact with the enemy. Upon contact, we formed an on-line assault formation and moved forward. Then the NVA opened fire. Our on-line assault formation was right at the NVA advance spider holes (shallow fox holes), forcing the NVA to attempt to pull back.

As the NVA was attempting to retreat, our FO (forward observer) directed artillery fire right on top of their retreating men. Our grenades took out their shallow bunkers. During their deployment, my platoon found caches of weapons and ammunition lying directly on the ground. The enemy fought fiercely against my men, firing from all sides simultaneously. Our forward observer was busy coordinating the fire from 105mm howitzers from FSB Myron, and Cobra Attack Helicopters were unleashing their mini cannons and 20mm rockets. I was beginning to recognize that we had uncovered a major enemy arms and food cache that the NVA was not going to surrender without a major fight. Because we had stumbled into it, we were not organized to withstand a major enemy assault. Somehow, I was going to have to get our company back in position to deal with the prospect of a major counterattack. 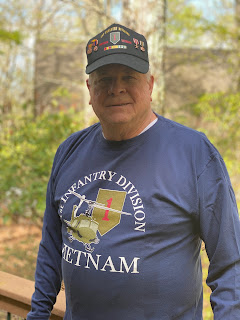 John M. Millar has no traditional experience in writing a novel. “The Wars Among the Paines” is a result of a fifty-year process since returning from Vietnam in 1969. Millar grew up in Central Pennsylvania; and graduated from Cornell University in 1966. He served in the U.S. Army from 1966-1969; graduated from Officer Candidate School in July 1967; served as a First Lieutenant with the First Infantry Division in Vietnam in 1968 and 1969; and received two Bronze Stars, an Air Medal and a Commendation Medal from the U.S. Army. From the Vietnam government, Millar received the Vietnamese Honor Medal and the Vietnamese Gallantry Cross for joint operations. He graduated from the Darden Graduate Business School, University of Virginia with a MBA in 1972. For the past forty-five years, he has served in senior executive positions in the department store, regional mall REITs and mixed-use town center development industries.