Phoebe Walden finally has it all. She’s met the love of her life, and she has a family she can tolerate, who accept her and love her no matter what. But there’s a darkness shadowing her, waiting to destroy her chance at happiness. Not on Phoebe’s watch. However it’s not just her happiness at stake, but all of theirs if she makes even one mistake.

Scott Quinn has done the best he could, floating under the radar. Hard choices have made it difficult for him even to face himself in the mirror. But things finally looking up. He’s found the perfect woman, who seems to be into him as much as he’s into her. Yet Scott has secrets. He knows who he is and what he’s done will cause friction. And always in the shadows lurks the harsh reality that his freedom has been an illusion all along. 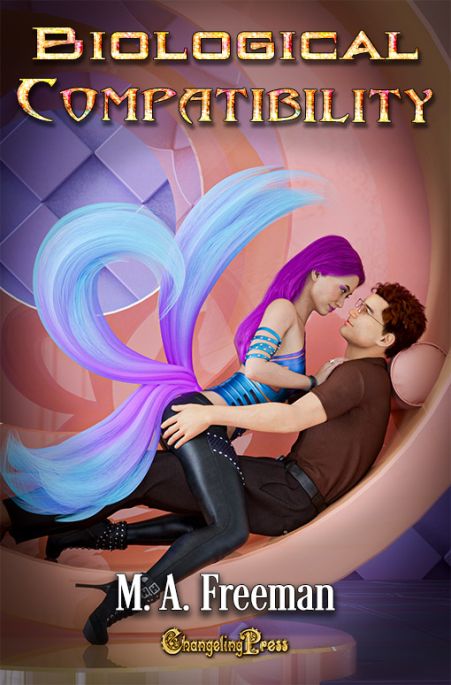 Something wasn’t adding up here. Scott Quinn frowned at the data scrolling across his computer screen while comparing it to the file sizes collated at the bottom. None of this made sense. Not the file sizes nor the access times or the user accounts identified with random files. To be honest, it looked like accidental typos or errors, yet there were too many of them to write off.

Movement out of the corner of his eye drew his attention. He couldn’t help but smile at the window separating his office from the IS pool. She had arrived. Scott watched with interest as Phoebe Walden entered the outer office and took her place at her assigned computer. Only a few months had passed, but Scott was used to how she captivated all aspects of him.

Those instincts, the ones that had kept him alive, had been explicit in their need the first time he had laid eyes on her. They wanted her in their den, where they could keep her forever.

Scott knew it was crazy. But he was used to it after all these years, coming to terms with behaviors by no means human. The trick was learning to coexist with them, to incorporate them into his human life. To trust they would never lead him down the wrong path.

That meant he was planning to ask the delectable Phoebe out on a date. Now granted, there were issues to overcome. One, he was her direct supervisor, so there was an element of inequality within their power dynamics. Two, there was a company policy about fraternizing among coworkers that he was planning to disregard completely. And three, there were the secrets he carried with the potential to drive a wedge into any trust they might share in a relationship.

Scott watched through the glass. His smile widened into a grin. Phoebe had a little ritual she followed every day shortly after she arrived. It was the highlight of his morning to watch her perform it. After a thorough cleaning of everything on her desk, she would carefully unpack her messenger bag. He was amused while extremely curious about the little knickknacks she placed on her desk in full view of everyone, but mainly her.

There was a small folding picture frame and a small silver orb he thought might be a ball bearing, of all things. And last, a small wrench she propped atop the picture frame. Such a weird combination of items, yet Scott knew every one of them was significant in representing aspects of Phoebe’s life. He couldn’t wait to delve deep. To know her. To understand all the quirks that made her up.

Scott frowned at the Instant Messenger alert. He clicked it open with a sigh. It was from his boss.

M. Foltz: Did you complete the audit?

Of course, he wanted to know if the audit was complete. Scott rolled his eyes, annoyed Miles wanted an update already when the e-mail dictating the assignment had only come out this morning. But God save him from people who were tech illiterate. Or, in Miles’s case, tech dumb.

S. Quinn: The audit is going to take the better part of a week to complete. If you allow me to bring in help from the IS pool, it can be completed in three days.

M. Foltz: No, the data is sensitive. It requires the highest of clearances. Complete it as soon as possible. Send regular updates.

He scowled. Not only was this going to be another case where Miles took credit for all his hard work, but to complete it quickly would require more than a few nights of burning the midnight oil. His plans for the delectable Phoebe were being put on hold.

S. Quinn: I’ll do my best. There will be an initial report by the end of the day.

Fuck. Miles was really starting to get on his nerves. A low growl worked its way up through his throat while his nails scratched a set of grooves into the wood of his desk. Maybe it was time to be more proactive at home. To thin the herd.

Scott’s head jerked up to see Phoebe standing in his doorway with her eyebrows slightly furrowed. How much had she seen? Shit, how much had she heard? Because that growl was in no way human-sounding.

“I did knock.” Her voice was professional, but her face still indicated she had witnessed his less than human annoyance.

“Do you need something?” Scott cringed internally. His voice sounded sharp. Too sharp. Damn Miles.

She smiled with those fire-engine-red lips. They had him shifting uncomfortably in his chair. “Something’s wrong with my headset. It’s nothing but static. Do you have another one I can use?”

He wasn’t surprised. They worked for a multibillion-dollar conglomerate that provided substandard products for its departments. Scott got up from his desk to get one out of the supply cabinet. He always made sure to order the crap items in bulk for this very reason.

“Of course.” He grabbed a box with the right headset in it. “Here you go. Are you settling in okay?”

Phoebe gave him a genuine smile. “Yes, things have been great. I was worried I wouldn’t be cut out for this, but so far, so good.”

Scott blinked and had to yank his more animalistic instincts back. The attraction was strengthening so much, so it briefly stunned him. “I’m glad. Don’t hesitate to ask if you do need something.”

That earned him another smile before she returned to her desk to get to work. Shaking his head to clear the lust-filled fog she had caused, Scott returned to his desk. As he got back to work, a portion of his brain was dwelling on Phoebe and the best way to go about working his way into her life or her into his.

M. A. Freeman lives near Wilmington, NC and never makes it to the beach. Any free time is consumed with books, either reading or writing. An avid traveller and self proclaimed geek, trips abroad and to cons such as DragonCon in Atlanta are always on the agenda. Currently working full time in healthcare and attending school to obtain a Master of Library and Information Science degree to compliment the Bachelor's of Arts in English and Creative Writing.