Just when Areum - daughter of a privileged family in the totalitarian state of Choson (North Korea) - thought she was free from her personal prison, her world collapses around her as her family is taken away in the middle of the night to a hell-like camp in the mountains where people who have strayed from the righteous path are brutally re-educated through blood, sweat, tears, and starvation.

There she has to fight for survival together with the family she hates and is forced to re-evaluate every aspect of her life until then: her deep resentment toward her twin sister; her view of her father in the face of mounting evidence that he is a traitor with the blood of millions of fellow countrymen on his hands; and even her love and affection for the Great General - the eternal savior and protector of Choson, whom she had always considered her true father.

Note from the author:

Have you ever wondered what the world looks like when seen through an indoctrinated mind?

This is a topic that has intrigued me for as long as I can remember, so when I came up with the idea to write a book many years ago, I decided to create it from the viewpoint of a victim of indoctrination… which in the end became Areum (the protagonist of the story).

What I try to explore in this story is how deep the indoctrination of a 14-year old girl can run and how much “reality” it can be exposed to before breaking… if it will break at all. As a comparison, the defectors from North Korea who arrive in South Korea are isolated for three months in a de-programming facility called Hanawon before they are allowed to join society where they go through this process in a more controlled (and less brutal) way than Areum.

I hope you will enjoy this slightly different take on the dystopian genre!

Cranes sang songs of joy from the mountain tops.

Double rainbows appeared in the sky. 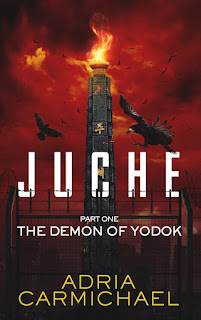 The aggressors from the west were defeated. The invaders from the east were expunged. The traitors from the south were put at bay.

The people of Choson were finally free to create their own destiny, and so a hermit kingdom of people’s rule rose from the ashes, and the doors to the enemies of the outside world were closed, never to be opened again.

The world around them moved on. Years passed. Decades passed. Peace and prosperity spread throughout the world, and nothing was heard from the secluded hermit paradise.

Then one day, people started emerging from its closed borders. The stories they brought with    them were, however, not of a paradise on earth. Instead, what they depicted were horrors so vile and cruel that they almost exceeded human comprehension.

Little had the people of the kingdom known when they closed its doors to the outside world, that the vilest beast of all was still lurking among their midst, and as soon as the curtains had been drawn, the beast unleashed its reign of terror upon the people, not stopping until it had crushed and enslaved every soul within its reach.

The beast now rules the kingdom from a throne of human misery and agony.

No one alive has ever encountered this beast, but everybody knows its name. 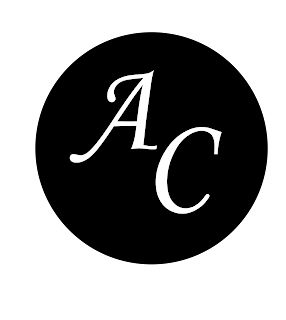 Adria Carmichael is a writer of dystopian fiction with a twist. When she is not devouring dystopian and post-apocalyptic content in any format - books, movies, TV-series and PlayStation games - she is crafting the epic and highly-addictive Juche saga, her 2020 debut novel series that takes place in the brutal, totalitarian nation of Choson. When the limit of doom and gloom is reached, a 10K run on a sunny day or binging a silly sitcom on a rainy day is her go-to way to unwind.

Juche 1 – The Demon of Yodok: https://www.amazon.com/gp/product/B08FQLHKYP/ref=dbs_a_def_rwt_bibl_vppi_i0

Juche 3 – The Storm of Storms: https://www.amazon.com/gp/product/B099BKWKKR?notRedirectToSDP=1&ref_=dbs_mng_calw_2&storeType=ebooks

Entire 4 book box set on sale for only $0.99 effective immediately, for the remainder of the tour.

Have you ever had an imaginary friend?

Do you have any phobias?

Do you listen to music when you're writing?

-        I have periods when I do it, but eventually get tired of it and turn it off until I get the urge again.

Do you ever read your stories out loud?

-        I did it for the first three books to help find mistakes when proofreading, but since my writing software (Scrivener 3) now has a function that you can have it read out loud by a computer voice, I use that instead. Keeps my throat from getting hoarse :)

Tell us about your main character and who inspired him/her.

-        The main character is Areum (which means “beautiful” in Korean) and she is completely indoctrinated by the state propaganda and generally a selfish brat at the beginning of the story. I got the idea for her character when watching a bunch of documentaries about North Korea as research for the story. In one of them, there was a young woman who had fled to China, leaving her family behind, and with the help of the documentary crew, they got her sister out as well. But the sister, who was younger, was completely brainwashed and didn’t believe anything her older sister told her about the regime and the Kim family. And in the end, she hopped on a bus and went back to the border to sneak back home. It really astounded me that indoctrination can run deeper than family, so I decided to make my story about two sisters, where the protagonist (Areum) starts out just as indoctrinated as the girl in the documentary. Unfortunately, that also makes her quite unlikeable at the beginning of the story, but that is part of her journey.