Virginia Crow will be awarding a $10 Amazon/BN GC to a randomly drawn winner via rafflecopter during the tour. 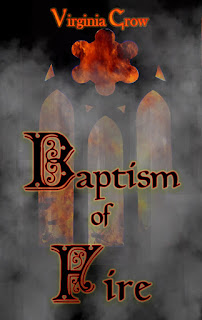 Kevin gripped Jilly’s coat and his voice became little more than a whisper. “I’m cursed, Jilly. Everyone who looks after me dies in a fire, or someone they love does. I don’t know how to stop it.”

When Rev. Alastair Roberts adopts Kevin Alderman, he dismisses any reference to the boy’s curse. But, as the pair spend more time in each other’s company, it becomes apparent that Kevin is not the only one with a bitter past.

As the past continues to haunt them, can they hope to change their future?

Virginia Crow has written an enjoyable story with sweet characters except of course, the bad guy. She’s written about a little boy who thinks he is a curse. Doesn’t take long to believe that if enough people tell us it’s true whether we’re a child or an adult, does it?

I must admit as I read through the first pages of this book, I wasn’t sure how I felt about reading it. It seemed to start out a little slow and  then...something hit me, and I read it in a few sittings.  I think this sort of plot involving a child trying to find a home and someone who loves them always catches anyone’s attention. But this one also became quite a thriller. No horror or violent parts, just a sit on the edge of your seat type of book. A good read. Worth my time.

“Where’s Kevin?” He looked around the room, panic seeping into him, but he forced himself to keep smiling. “Tuck in,” he continued. “I’ll just go find him.”

He squeezed past the gathered people, but Trish stopped him at the door.

“Are you alright, Vicar?” she asked, her voice clipped but her tone caring.

“Do what?” Alastair asked, confusion on his face.

“That,” she said, pointing at the dresser.

“No,” Alastair whispered, staring at the array of crossed out photographs. He didn’t know whether the word was in answer to Trish’s question or a statement of disbelief. Perhaps it was both. He took the door handle and put all his weight onto it.

“No, I’ll go. But would you do something for me?” he asked, looking over his shoulder at the other people.

“Don’t make a fuss, just take them down.”

Trish placed her hand on his arm and nodded across at him. Alastair stepped out of the room and back over to the French windows, then out into the garden. The sudden change from clear electric lights into the darkness took his eyes a moment to adjust, and he stood still for a time, waiting for them to focus.

“Kevin?” he called softly. There were one or two people still standing by the bonfire, smokers mainly, but Kevin wasn’t with them. 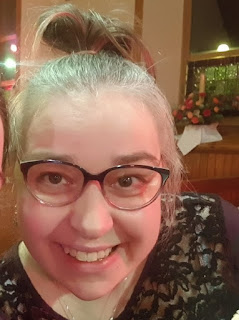 Virginia grew up in Orkney, using the breath-taking scenery to fuel her imagination and the

writing fire within her. When she's not writing, Virginia is usually to be found teaching music. She believes wholeheartedly in the power of music, especially as a tool of inspiration. She also helps out with the John o' Groats Book Festival which is celebrating its 4th year next April.

Virginia lives in the far-flung corner of Scotland, soaking in inspiration from the rugged cliffs and miles of sandy beaches.

She loves cheese, music and films, but hates mushrooms.