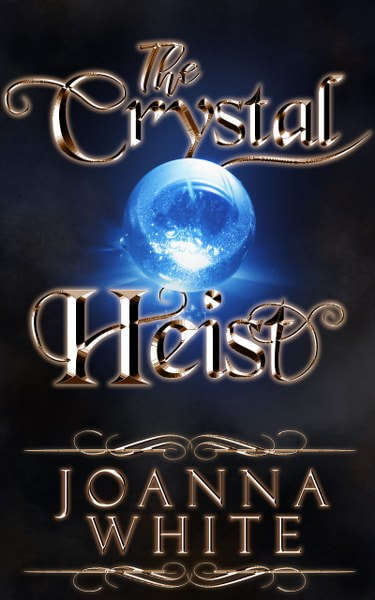 Alyra is a thief desperately trying to survive in the slums of Lower Kryston. Every day is a constant struggle for survival, but no one will trust her because of her Thief Mark. After she ends up in prison, Alyra meets a mysterious stranger who soon changes her life. Makai protects her and together, they pull off a few scams that earn them a bit of money.

Yet it's still not enough.

Together, Alyra and Makai gather a ragtag team of thieves to pull off the greatest heist Kryston has ever seen. If they pull it off and steal the Sky Orb, the social classes will be destroyed and Kryston will be changed forever. But several members of their team have their own ideas of what to do with the Sky Orb...

Can they pull off the Crystal Heist to change Kryston forever or will their team's selfish goals stand in their way?

The Crystal Heist is a character-driven, fantasy adventure with characters that will stay with you long after the story is over.

Joanna White is a Christian Author and fangirl. Hunter and Shifter are the first two books in her debut series, called the Valiant Series, published by Christian publisher Ambassador International and there are more to come. In December 2019, one of her short stories was featured in Once Upon A Yuletide, a Christmas fairy tale anthology by Divination Publishing. Her newest release, Dark Magi, just came out in November 2019.

She graduated from Full Sail University with a BFA in Creative Writing For Entertainment. Ever since she was ten years old, she's been writing stories and has a deep passion for writing and creating stories, worlds, characters, and plots that readers can immerse themselves in. In 2019, she reached her personal goal of writing a million words in a year. Most of all, Joanna loves God, her family, staying at home, and being a total nerd.