Battle of the Bullies

Ebony, Eris, and Emani Robertson have been through so much more than most high school freshman.  When they were younger, they survived a school shooting that killed their friend and left their sister unable to speak.  After giving home-schooling a try, they enroll in a promising new academy, hoping for the best.  Unfortunately, they get the worst news.  They have become the targets of an anonymous group of bullies who call themselves The Dimes.  Can they bring down The Dimes all while trying to make it through the ninth grade? 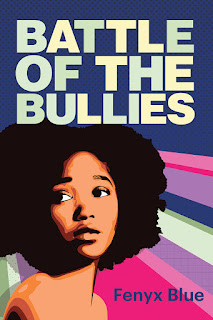 What an interesting read on such a sad subject. This is written in a way to make this horrid problem very realistic and yet very readable for many ages. I think I really needed to hear that there were some who would stand up to the kids/people, the age doesn’t matter, who feel the need to show off and have so little lack of confidence. This is a book about what kids can go through. But it’s also a book about what kids can do. Well-written and easy to read. Fenyx Blue has other books along this line.

Check them out here: https://amzn.to/3lOFDHM

An excerpt from Anonymous

I can’t be late. If I’m late, they won’t let me in. I’ll be disqualified. This is the year  I win. I can’t be disqualified. I glance in the mirror and adjust my heather gray hood, slide on my black sunglasses, tug on my gloves, and step out of the car. According to  my navigation system, this vacant house is my destination, and I have  arrived. Eight cars are already here.

The white FOR SALE sign in the lawn gives me some comfort that  we may be safe here, but this annual meeting is risky. Having all of us  in one place tonight could mean revealing our identities to outsiders.  Anonymity is our strongest weapon. We can never lose it.

I glance at the cars, trying to match them to possible members in  my mind. One license plate reads QT PIE. How can we be a secret  organization with our cars on display like this? How can we remain secret  if members refuse to be discreet?

My phone says 9:59 p.m. I throw it in the back seat where it slides  under my AP Physics book. I have to be inside this house by 10:01 p.m.  Forget force, mass, or acceleration. I need to run. Ten steps. I climb ten more giant steps, sliding into the room as the  clock hand clicks into place.

10:01. A girl locks the door behind me. An envelope with my pseudonym written on it is on my chair. I am  the ninth girl to sit down. I resist the urge to sit at the head of the table,  but inside I know this is where I deserve to sit.

One year of effort comes down to this moment. I did my best. Ten  people dropped out of school because of me. No one at this table should  be able to beat that stat.

Last year, tears fell because of me! Terror reigned because of me! Break  ups, friendships lost, hearts broken….all due to me! But will it be enough  to be Number One? 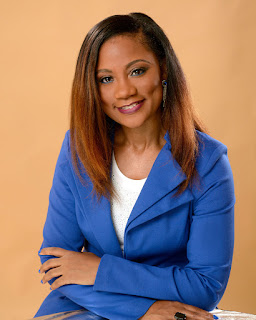 Ms. Blue is a soldier in the Blue Fenyx movement encouraging every phoenix in the world to rise up. Blue’s mission is to inspire, motivate and

educate. Blue speaks to audiences about their purpose and power and works to coach other authors through their journey to become published.

Her novels are tools for teachers while being candy for students. Fenyx Blue has penned four books in her poetic collection in which she shares true life tales and

lessons: Her first Young Adult novel entitled Who Failed Johnny? (Book 1 of The Triplet Trilogy), second YA novel Battle of the Bullies, a Children’s book called Worth the Weight: A Rare Gem, and a Poetry Book by the name of The Blue Ink Movement. With the help of her extended family and friends network, her self-published books will touch many lives this year.

Ms. Blue is a veteran English Teacher who has worked with readers K-12. However, her expertise lies with middle school and high school students which she has mentored, taught, and coached for almost twenty years. Blue created an organization called Team BFF (Team Bully-Free Forever) and has served as its coach for more than ten years. Her students have partnered with other schools, marched, and provided education on bullying. In addition, Blue directs a youth anti-drug program called Snowflake that helps students to solve problems, build relationships and make positive choices. She created an organization called Dads Rock to bring father figures into her school system to develop relationships with students in order to build their confidence and competence in school.

When Fenyx realized her school did not have an activity for spoken word artists, Blue sponsored a poetry club of junior high students that went on to the final rounds of “The Louder Than a Bomb” competition. Her school has now expanded that club to reach all creative young people and to allow them to share their gifts. With the support of other educators, she developed DIVAS (Daughters Inspiring Values and Sisterhood) to build bonds between middle and high school girls and prepare them to be productive citizens.

Ms. Fenyx Blue lovingly refers to her squad as neighbors on her YouTube channel @Fenyx Blue Ink because she believes we are all connected in some way. One of her goals is to transform into the best version of herself as she helps others to realize their destinies. Ms. Blue is a native of Chicago, Illinois, and loves to travel, learn, garden, and read. Ms. Blue is currently working on finalizing Book III of The Triplet Trilogy before moving on to a work of nonfiction for teachers. Follow Fenyx Blue @FenyxBlueInk on all Social Media platforms.

Battle of the Bullies

A group of upstanders versus a gang of bullies.

A Christian dad expressing his love for his daughter and the song he sings to teach her to love herself.

A troubled, mentally unhealthy young man who is dealing with bullying while battling problems at home and the friendships he develops along the way.

A bold, loving, unapologetic and evolving collection of inspirational, motivational and educational poems about women, education, culture, relationships, and spirituality.