The True Crime Romance of the Lonely Hearts Killers 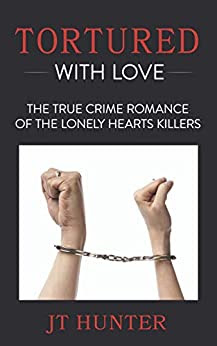 Meet Martha Beck, a young nurse dedicated to healing others, until her own hurting heart lured her down a darker path. Loneliness led her to Raymond Fernandez, but love led her all the way to the electric chair.

This is the tragic story of the Lonely Heart Killers.

On an otherwise mundane March day, a peculiar piece of paper arrived in Martha Beck’s office mailbox. It came with the usual medical correspondence and junk mail, giving no indication of its importance. Yet, this one particular envelope would change Martha’s life forever.

The envelope arrived on a cool afternoon, the temperature hovering just below 60, the highest it had climbed all day in the Pensacola area of the Florida Panhandle. But Martha was not in the mood to enjoy the weather. She was still down in the dumps about her recently finalized divorce from Alfred Beck, a Pensacola bus driver who had married her when she was six months pregnant with another man’s child. Although she had been separated from Alfred since May 1945, nearly two years earlier, the formal entry of their divorce had the nearly 27-year-old Martha feeling like an old maid doomed to live out the rest of her life alone.

Martha was not unique in that respect in post-World War II America. With well over a million more women than men, the United States population of the mid and late 1940’s left many lonely women in its wake.

A visit from Elizabeth Swanson, one of the nurses she supervised at the Crippled Children’s Home, temporarily distracted Martha from feeling sorry for herself. She considered Elizabeth her closest friend. When Elizabeth knocked on her office door, Martha had just started going through the mail. As the two engaged in the latest gossip and friendly chit-chat, Martha resumed sorting through the assortment of envelopes. The first was an advertisement from a Jacksonville company selling medical equipment. She quickly flipped past it as well as a few other pieces of junk mail until a mysterious envelope caught her eye. It was made of thin, pale-brown paper with the name, Mrs. Martha Jule Beck, typed prominently on the front.

“What’s this?” she asked, the question directed more to herself than her friend.

“What is what?” Elizabeth replied, sipping from a mug of coffee.

“Beat’s me,” Elizabeth remarked coyly. “I wonder who sent you that.”

“I’m sure I don’t know,” Martha remarked, her curiosity now piqued. She turned the envelope over to inspect it further, and seeing nothing hinting at its contents, opened it to find a thin, paper pamphlet inside. It was a promotional mailing and application for the Standard Correspondence Club, one of many “lonely hearts clubs” operating across the country. The return address gave Standard’s location as Grave Lake, Illinois.

LONELY?, the pamphlet asked in large, bold letters, Let us help you find that certain someone. Join old reliable Club, 50 years of dependable, confidential service. Correspondents most everywhere seeking congenial mates, proven results. Interesting photos, descriptions FREE. There were several pictures of women spaced throughout the page, each next to a testimonial about a happy marriage brought about by contacts made through the club.

“Now why on earth would they send this to me?” Martha wondered aloud, taking a little offense that such a “lovelorn club” would be contacting her.

Elizabeth’s coyness now morphed into a broad grin that spread across her face.

“Now why on earth would they send this to me?” Martha wondered aloud, “I have a confession to make,” Elizabeth said as she started giggling. “I wrote the club and asked them to send you information and an application.”

Martha studied her friend’s face, deciding whether she was serious.

“Whatever for?” she asked in a tone matching the astonishment in her eyes.

Still giggling, Elizabeth moved to a chair closer to Martha and sat down beside her.

“I originally did it as a joke,” she explained, “but the more I thought about it, the more I decided that you should give it a try. Three of my daughters are writing to me that they have met men through this correspondence club, and this is the very same club that I met my husband through thirty years ago. And after all, what do you have to lose?”

“I may be a little lonely,” she acknowledged, “but I’m not THAT desperate.”

She glared with some annoyance at Elizabeth. “I swear, sometimes I really wonder what’s going on in that head of yours.”

Martha tossed the pamphlet onto a pile of papers stacked on the side of her desk and made no more mention of it for the rest of their time together. But the seeds of intrigue had already been planted in her mind.

Later, after Elizabeth had left, Martha retrieved the discarded pamphlet and read it more closely. Part of the pamphlet contained a form asking her to fill out information about herself and write a letter detailing what kind of men she would like to meet. Sitting down at her desk, she carefully completed the form and took her time crafting the letter, being sure to mention how people often commented that she was witty, vivacious, and oozed personality. She also emphasized that she was a trained nurse with her own pleasant apartment. When she was satisfied with what she had written, Martha carefully folded the papers, enclosed $5.00 for the required membership fee, and licked the envelope to seal it. That evening, she dropped it in a mailbox on her way home from work.

Years later, when asked whether she had experienced any misgivings about joining a lonely hearts club, Martha candidly replied, “Yes, as soon as I’d put the letter in the mailbox, I began thinking I’d made a mistake.”

Questioned about what kind of man she hoped to meet through the club, Martha took a little more time before answering.

“Well, I don’t know,” she confessed. “I guess I hadn’t thought about it much.

But I sure didn’t think I’d ever meet anyone like Ray.” 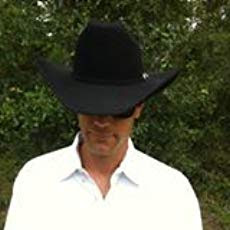 JT Hunter is a true crime writer with over fifteen years of experience as a lawyer, including criminal law and appeals. He also has significant training in criminal investigation techniques. He enjoys being a college professor teaching fiction and nonfiction to his creative writing students.

This is a rafflecopter giveaway hosted by Partners in Crime Virtual Book Tours for JT Hunter. There will be 2 winners of one (1) Amazon.com Gift Card each. The giveaway begins on August 1, 2020 and runs through October 2, 2020. Void where prohibited.