Khaled Talib will be awarding a classic turntable record player ( US, Australia, Canada and UK) to a randomly drawn winner via rafflecopter during the tour. 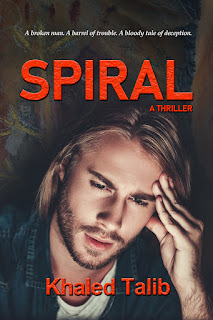 Laurence Turner, a pharmacist from Sydney, is wracked with guilt after his fiancé dies on a sailing trip. The tragedy is followed by yet another fatal incident when he dispenses the wrong medication to a customer.

Laurence moves to the Clare Valley in South Australia for a fresh start, but when he stumbles across the dead body of a visiting American reporter, things take a turn for the worst.

The case explodes into far more than Laurence could ever expect with the arrival of a beautiful American woman, Skyler Hawthorne. Her troubles put Laurence in the path of both domestic and foreign agents, including a dangerous Russian spy who believes Laurence is hiding a secret.

This is as well-written as the last book. I give very few 5 stars, but this most certainly deserves it. You’ll be sitting on the edge of your seat while reading.

I will be sitting on the edge of my seat waiting for another book. Khalid Talib has several books published but Gun Kiss, Smokescreen and this one are his most popular and have great reviews. Check them out here.  https://amzn.to/3n0Yk9M

Holding the hat in his hand, Laurence Turner took the elevator up to the mezzanine level of the Burning Bush Winery in the Clare Valley of Australia. The mirrored doors reflected a tall man whose almond-shaped blue eyes were past better days.  February, the last month of summer, was as mundane as any other month for him. He was still trying to adjust to his new life here.  Not much else he could do to reframe his negative thoughts.

Laurence wiped his Roman nose consciously. Unsatisfied with his appearance, he tucked the white short-sleeved shirt inside his cargo shorts with one hand, then raked his long, blond hair curling over his collar into neatness.

The doors parted to the chattering din of a lunch crowd. Turning right, he proceeded down the hallway to the back of the mezzanine and continued along a balconied hallway on the left with several doors.  He arrived at the far end and mouthed out a breath of nervousness. He knocked once and opened the door inward to off-white walls and the smell of rose-scented air freshener.

A young woman with a phone’s earbud in her ear sat behind a wooden desk. Lisa, the young, voluptuous hazel-haired secretary with a heart-shaped face wore a violet one-piece dress. She was also Laurence’s breakfast companion at the refectory. He liked her and detected she liked him more, but he chose not to go that way, his life being uneven. Besides, she was the general manager’s niece, which was worse than a dingo trespassing on a farmer’s property. 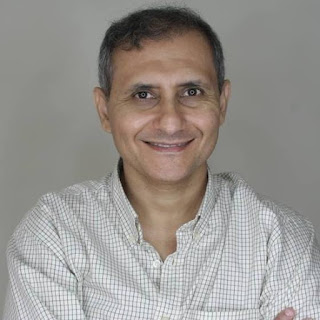 Khaled Talib is a former magazine journalist and public relations consultant. He has authored four novels since 2013.  Born and raised in Singapore, the author is a member of the International Thriller Writers.