This post is part of a virtual book tour organized by Goddess Fish Promotions. Barbara Casey will be awarding a $25 Amazon/BN GC to a randomly drawn commenter. Click on the tour banner to see the other stops on the tour. 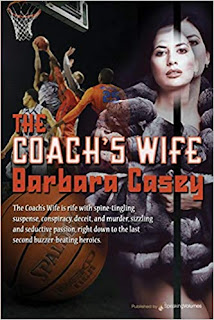 The Cinderella Coyotes of State University are in the Final Four, poised to win the NCAA National Championship in basketball—the culmination of March Madness. For Marla Conners, she's proud of her husband Neal, and his achievement of coaching a collegiate team to the pinnacle of his career and the ultimate victory for his team. Yet, Marla's idyllic life is about to be viciously attacked and torn apart by a different madness—her husband's reputation ruined, a university disgraced, and she finds herself on trial accused of first-degree murder.

The Coach’s Wife is rife with spine-tingling suspense, conspiracy, deceit, and murder, sizzling and seductive passion, right down to the last second buzzer-beating heroics. This is also a candid and vivid behind-the-scenes portrait of Division One college basketball, university politics, money and corruption, and all the lives that are blessed and ruined by it all.

A lot going on in this book. I’m not sure whether to call the genre, crime, suspense, drama, etc. Even though I’ve listed a lot of elements, there wasn’t one thing confusing in this book. It’s intense. If you know basketball, you’ll know that part is real drama anyway:)

I love basketball so I loved reading the hype and what I’ll call familiar scenery. It was almost as if the Final Four was going on during the whole book. But there’s a Peyton Place going on right around the basketball so don’t think there isn’t something here for everyone. I enjoyed the read.

Barbara Casey has quite a few books published. Check it out. https://amzn.to/2RN1Xo7

Gale pried Marla’s fingers off of the bloody knife and wiped the handle of it on the quilt that was entangled around her legs. Marla’s screams had been replaced with sobs.

“Listen to me, Marla. You have to get hold of yourself.”

The two women hadn’t moved from the floor. Marla had her arms around Gale. She was shaking and crying. Gale pulled her other hand loose, the one without the knife, and shook Marla as hard as she could.

“Now listen to me and do as I say. This is important. Are you listening?”

“You didn’t kill Martin. I did. I came into the kitchen to fix some tea and he attacked me. I grabbed a knife and stabbed him. You came in when you heard the commotion.” Gale looked at Marla. “Do you understand?”

Gale struggled to keep from passing out from the pain ripping through her body. She knew Martin had cut her. She could feel the blood on her face. But that’s not what hurt. It was that horrible disease eating her up inside that was causing her so much pain.

“No, Marla. Listen to me. When they ask, tell them I killed him. Believe me, it’s better this way. What can they do to me? Nothing. I am already dying.”

Gale shook Marla. “Now you listen to me. The Seawolfers accepted you as long as they thought you were the one who had been wronged. But if they find out you killed him, no matter what he did to deserve it, they will never forgive you. They will make a circus out of this. Think of Neal and what he has worked so hard to build. Do you think kids will want to come play for a coach if his wife has killed someone? Do you think their parents will let them? Believe me, Marla, I know what I am talking about. Now do as I say.”

Gale started to get up off the floor, but Marla grabbed her. “Please, Gale, don’t leave me.” She was hysterical again. Gale leaned back against Marla, too weak and in too much pain to move. Somewhere she could hear a door opening, the sound of footsteps, and Neal calling his wife. 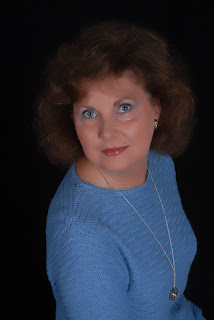 Barbara Casey is the author of several award-winning novels for both adults and young adults, as well as book-length works of nonfiction true crime, and numerous articles, poems, and short stories. Her nonfiction true crime book, Kathryn Kelly: The Moll behind Machine Gun Kelly, has been optioned for a major film and television series. Her nonfiction book, Assata Shakur: A 20th Century Escaped Slave, is under contract for a major film. In addition to her own writing, she is an editorial consultant and president of the Barbara Casey Agency. Established in 1995, she represents authors throughout the United States, Great Britain, Canada, and Japan. Barbara is also a partner in Strategic Media Books Publishing, an independent publishing house that specializes in cutting-edge adult nonfiction. Barbara lives on a mountain in Georgia with her three cats who adopted her: Homer, a southern bobtail; Reese, a black cat; and Earl Gray, a gray cat and Reese’s best friend.