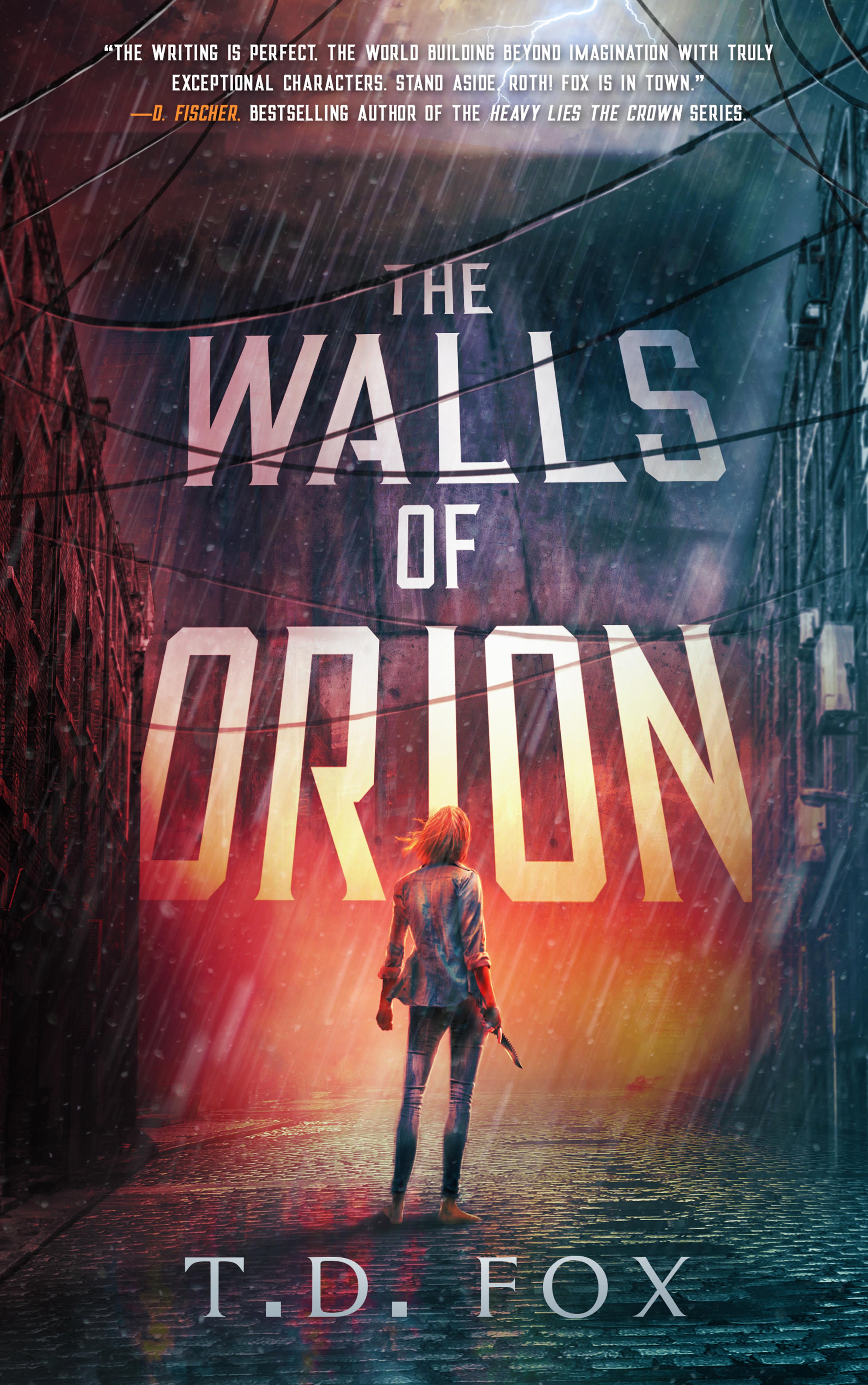 Orion City has been on lockdown for ten years. Courtney Spencer, a disillusioned barista doomed to live a “normal” life in a quarantined fishbowl, is certain she’ll never see over the Wall again. Until one rainy evening, Courtney unintentionally befriends W, an eccentric customer who leaves a switchblade in the tip jar. The unexpected acquaintance soon opens the door to a frightening string of questions that flips everything she knows upside down. Stumbling into a world of secrets, lies, and disturbing truths, Courtney grapples with a burning temptation to look again at the Wall. Surrounded by citizens trained to ignore its looming shadow, Courtney no longer can. Intrigued and terrified to expand her world, Courtney finds herself toeing a knife’s edge between the law and justice, learning quickly that the two are not always compatible. She wants to cling to her morals. She also wants to stay alive. But most of all, she wants to see a certain customer again, despite everything in her whispering W is dangerous. In a gritty urban clash of hope and fear, passion and survival, The Walls of Orion explores the edges of light, dark, and the gray in between.

A world-romper from the Pacific Northwest who quite enjoys the label “crazy,” T.D. Fox supplements a hyperactive imagination with real life shenanigans to add pizzazz to her storytelling endeavors.

Armed with a bachelor’s degree in Intercultural Studies, her favorite stories to write usually involve a clash of worldviews, an unflinching reevaluation of one’s own internal compass, and an embrace of the compelling unease that arises when vastly different worlds collide.

When not recklessly exploring inner-city alleyways during midnight thunderstorms in the States, she can be found exploring rainforests without enough bug spray somewhere along the equator.