Harley James and the Mystery of the Mayan Kings

Will Harley Find the Missing Mayan Statue & Save the World?

Amateur cryptologist Harley James has just landed in the sticky jungle of Tikal, Guatemala—home to the famous Mayan ruins. She’s made a few friends, a few mistakes…and a ground-breaking discovery.

The legendary statue of the long-lost Mayan King.

Just as she is about to impress her father with her discovery, the statue is stolen. Right from her own room!

And what’s worse? The legend says if the statues of the three kings are reunited, they’ll bring back an army from the dead to rule the world.

Follow along with Harley as she tracks down the missing Mayan statue, solves a few riddles and stumbles upon a secret society that will change her life forever!

What a fun middle grade reading book. Harley James, a twelve year old, travels around the world with her father to archaeological sites. One mystery after another seems to pop up and Harley seems to be good at figuring them out.

This is a well thought out story. The author seems to have been able to place herself in Harley’s shoes. She has created a character who has a twelve-year-old’s fears and feelings, but is also smart and full of curiosity. Full of sadness at times and yet full of fun.

All of this combines to make a great book. This was not just middle grade reading age to me. I think what we call the tweenage reader would really enjoy it too. I sure had fun.

This particular book is Book 1 in a series titled “Harley James Adventures”. Check them out.

Around 1600 Years Ago in Tikal, Guatemala

Eloy tucked the statue under his arm, tightening his grip as he stumbled forward into the jungle. He could hear the cries of the battle for Tikal behind him and feel the heat from the buildings burning under the pale moon. The statue was vibrating against his bare skin, the green glow around it beating to its own rhythm. 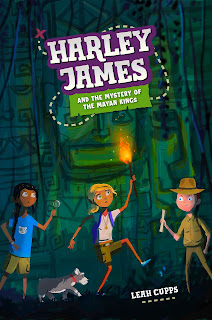 Three thoughts tumbled through his mind...

It was the final night of the 400-year Baktun cycle.

The Three Kings, Jasaw, Yax K’uk, and Jacinto, were dethroned.

The last of their loyalists were being exiled.

Earlier that night, the elders told him that when the Three Kings were defeated, a powerful magic had captured their souls. The priests then cast a spell and locked those souls inside three jade statues.

If the statues were reunited on the Eve of the thirteenth Baktun, the Three Kings would return. And in their revenge, they would bring an army of the dead to rule the world.

Eloy, a clever young boy of just eleven years old, had been charged with hiding one of the magical statues. He shuddered for a moment, thinking of what was hidden inside. The statue glowed in his arms, and he felt his feet move a bit quicker, knowing that the cover of night wouldn’t last for long.

“Run,” his mother had warned him. Her eyes had been bright with fear, her voice quaking as she spoke. She brushed a tuft of black hair from his eyes. “Run, my son, and don’t look back.”

“I will, Mama,” he replied. He willed his knees to stop shaking as he spoke. His mama must not know he was scared.

And now he ran. The elders had told him of an ancient temple hidden in the jungle just a few miles from Tikal. Older than the Temple of the Jaguar. There, he would hide the cursed little statue; hidden forever inside, and perhaps he along with it.

He volunteered to make this sacrifice. For the liberation of Tikal. For the protection of the world from the wickedness of the Three Kings.

Shouts emerged from behind him. He pushed his legs harder. His lungs burned as hot as the city in flames behind him.

The loyalists were gaining on him.

When he saw what was just ahead of him, he smiled. They were too late. The temple was just a few more steps away. And once he was inside, the statue would be hidden forever.

In a place where no one would ever find it.

Unless, of course, they were good at solving riddles. 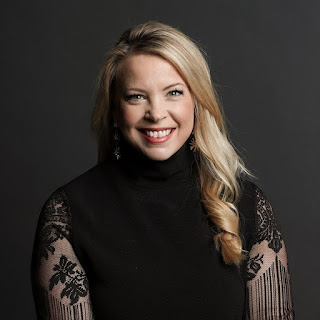 Leah lives in Indiana with her husband and three children. She is also the cofound of Vision Forty Press, a small family owned publishing company.

My nieces would love to read this book with me!

Harley must have been shocked that the statue was taken from her own room. Sounds like a great story.

Looks like an interesting book - giving it as a gift!