Old friends are the best… 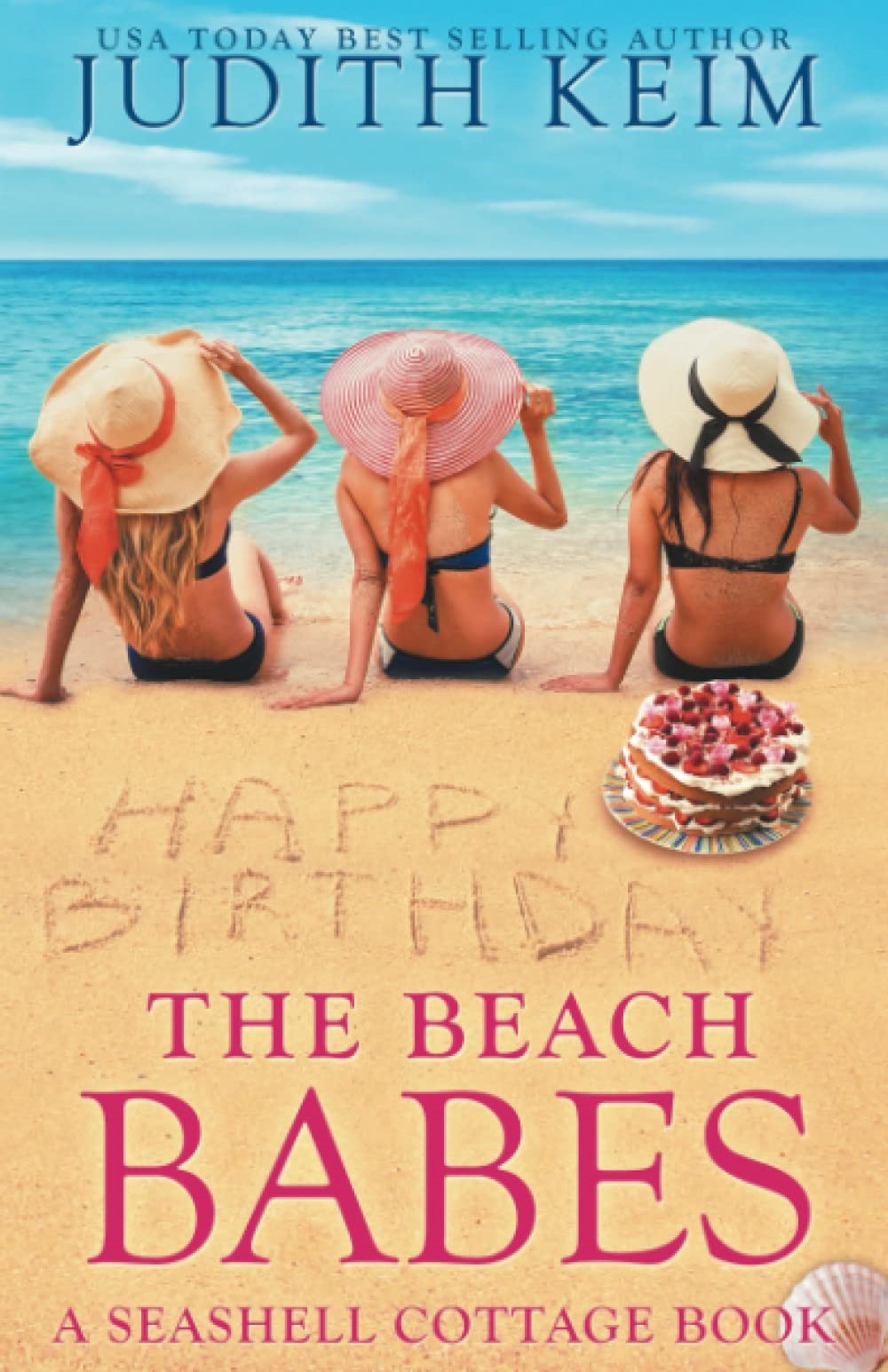 Catherine “Cate” Tibbs, Brooke Ridley, and Amber Anderson, friends since they were awkward thirteen-year-olds who named themselves “The Beach Babes,” are about to face their 40th birthdays. Because they haven’t been able to get together for some time, Cate arranges for them to rent a house along the Gulf Coast of Florida for a long weekend. She hopes it will give them the opportunity to celebrate and re-ignite their friendship. Cate, an author trying to finish a book, doesn’t know that Amber, a model, and Brooke, the mother of a boy in college and younger twin girls, are as worried about their own futures as she. Together, the three women support one another as they each face a crisis in her life, proving once again the strength of women’s friendships.

Each book is a standalone novel that is one of others based at the Seashell Cottage on the Gulf Coast of Florida. Different stories, different characters, same location.

Get ready to stay at The Seashell Cottage.

Other Books in the Seashell Cottage Series

A Summer of Surprises

A Road Trip to Remember 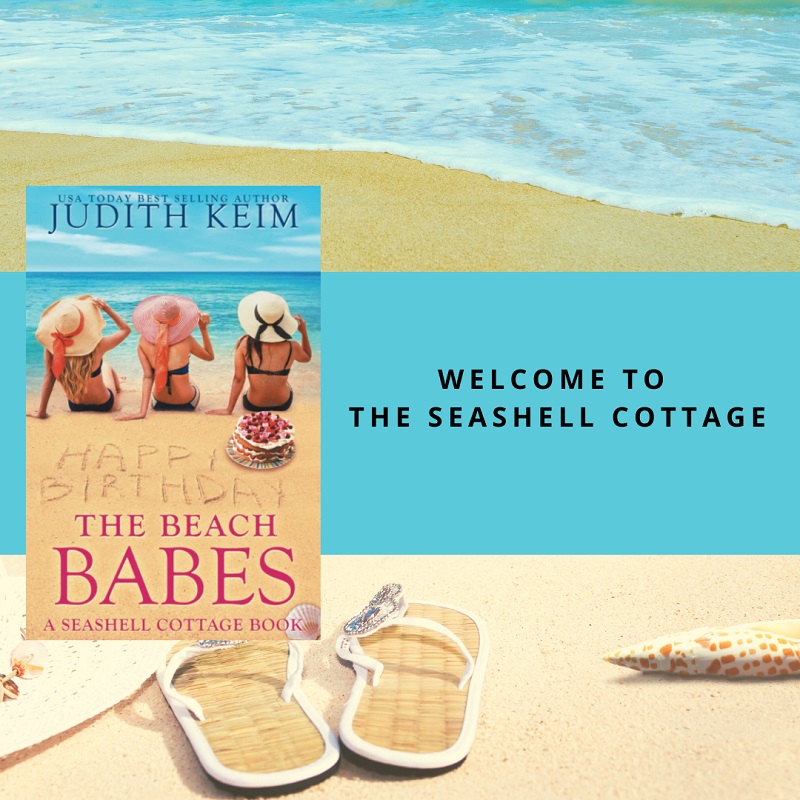 The Beach Babes by Judith Keim

Catherine “Cate” Tibbs stared out the window of her home office at the pine trees lining the backyard of her upstate New York property, taking a moment to study the way the wind and the rain of the autumn storm were making the green-needled boughs sway like graceful dancers. The words she wanted to put on the computer screen for the new book she was writing were not coming easily to her. She knew why. She couldn’t stop thinking back to the time she and her two best friends became The Beach Babes. They were such an odd trio of thirteen-year-olds, but somehow their friendship had formed and had endured through the years. Until recently, that is. She hadn’t heard from either Amber or Brooke for several months now.

Cate sat back in her chair, made a few notes before moving away from her desk, and headed into the kitchen to make a cup of herbal tea. Time to set things in motion, she thought. She and her friends were all turning forty in the upcoming year, and she had a plan.

From the side of her refrigerator, she lifted her favorite photo of the three of them as young girls, back when their friendship was new. Brooke’s family had invited Cate and Amber to visit their luxurious summer house on the Long Island shore for a couple of days. In the photograph, the three of them dressed in bathing suits were sitting in a line on the sand in front of the house holding hands and staring up at Brooke’s father. They’d just named themselves “The Beach Babes” and thought it was the coolest thing ever. Brooke’s father was laughing with them while he snapped pictures.

Cate held the photograph up to the light. Brooke had found the original a few years ago and made copies for Amber and her. Brooke was the red-headed, heavy girl in the middle. Her green eyes bordered by brown-rimmed glasses, she wore braces and a smile that usually wobbled a little from insecurity, but on this day with her father present, her smile was wide. Amber sat on the right of her. Beautiful already, with naturally blond hair, blue eyes, and a tall, willowy figure, Amber had a brash style and sassiness even then that had intrigued Cate. It covered up a lot of hurt.

Cate’s gaze settled on her younger self. Her long brown hair was tied back in a ponytail. Brown eyes stared out at the world with curiosity, her serious expression hiding a lot of shyness.  Interesting, she thought, how different they’d grown and yet how much they’d remained the same.

After fixing her tea, Cate sat down at the kitchen table uncertain who to call first. Amber, who was the personal assistant for the owner of the Galvin Modeling Agency, sometimes modeled for one of their clients, a perfume company. She might be on a shoot with them. Without Amber’s ability to join them, Brooke might not want to leave California. It had always been that way. The three of them or nothing. Maybe because they balanced one another. 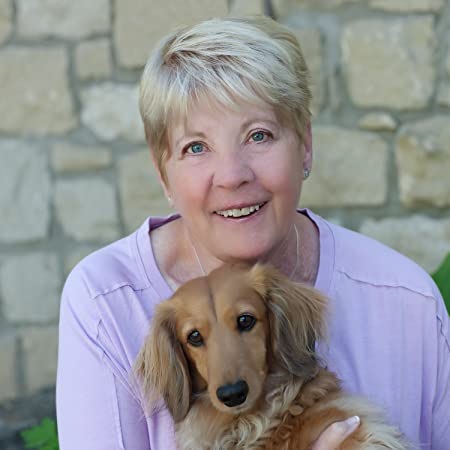 Judith Keim, A USA Today Best Selling Author, is a hybrid author who both has a publisher and self-publishes. Ms. Keim writes heart-warming novels about women who face unexpected challenges, meet them with strength, and find love and happiness along the way, stories with heart. Her best-selling books are based, in part, on many of the places she's lived or visited and on the interesting people she's met, creating believable characters and realistic settings her many loyal readers love.

She enjoyed her childhood and young-adult years in Elmira, New York, and now makes her home in Boise, Idaho, with her husband and their two dachshunds, Winston and Wally, and other members of her family.

While growing up, she was drawn to the idea of writing stories from a young age. Books were always present, being read, ready to go back to the library, or about to be discovered. All in her family shared information from the books in general conversation, giving them a wealth of knowledge and vivid imaginations.

Ms. Keim loves to hear from her readers and appreciates their enthusiasm for her stories.

To sign up for her newsletter, go here: http://eepurl.com/bZ0ICX