The Rise of the Last Beast Kingdom

This post is part of a virtual book tour organized by Goddess Fish Promotions. Loves GOD will be awarding a $75 Amazon or B/N GC to a randomly drawn winner via rafflecopter during the tour. Click on the tour banner to see the other stops on the tour.

Enslaved by a system of its own creation, humankind desperately seeks to free itself from the Beast. Lacking the knowledge, having refused the truth, all hope is gone…or is it?

Examining our history from creation to the present, this book provides insight as to why we are where we are today. Using the Hebrew Scriptures as its guide, we are taken from the cause of our plight to the ultimate ending. Although the Hebrew Scriptures are used, this is not a book supporting any major religion. There are only a few people in the world today who actually follow and obey the WORD of God – YeHoVaH. Most of the world follows man made religious practices. This book explains how this came about and how the present day systems evolved. This book provides a means for hope for the world, something surely needed now and especially in the coming days. 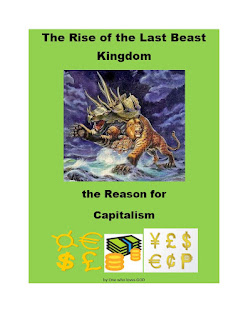 Having failed to obey our Father, we lost the chance to live with YeHoVaH under the original governing system which YeHoVaH established. We lost the opportunity to live under His governing system in which we were to trust and live with each other in love. Instead, man would set up a governing system, establishing the way we live together. Ultimately mankind would develop governing systems which did not include trusting and obeying our Creator or loving Him above all else or each other. We as His creations instead instituted a system of dominance one over another. This system which requires and is based upon the will of one person dominating that of another is what we established and how we govern ourselves instead of trusting and following the Commandments of YeHoVaH.

With the failure of humankind to trust, acknowledge and obey our Creator, we set up the human governing systems. Failing to obey the Command of YeHoVaH we failed to love each other. After being taken out of the Garden, man began the pattern of interaction which continues to this day and resulted in the formation of the current beast system in which we live. The first human being born after our creation established the pattern which enabled our current system to develop and be put in place. 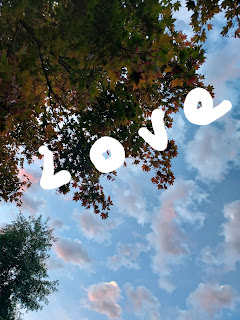 As a child in elementary school, only attending church on Easter, the author did not feel strange when getting down on their knees and praying to GOD. Entering high school, the pull to understand GOD became greater and greater. A study of various religious books began - the Bible, Islam, eastern religions and thoughts were all examined. After reading the Hebrew Bible and particularly Isaiah 56:7 - “I will bring them to my holy mountain and make them joyful in my house of prayer; their burnt offerings and sacrifices will be accepted on my altar; for my house will be called a house of prayer for all peoples.”

The author determined that the GOD of the Hebrew Bible was in fact GOD. The author then began following the Hebrew traditions.

After earning an undergraduate degree from an Ivy League University and a law degree, the author began a successful law practice, joining the ranks of the millionaire’s club while living in Brentwood, CA near Beverly Hills. Life continued with marriage by a Rabbi and a family - until disaster hit. Business fell apart and bankruptcy left the author with nothing except faith in GOD which continued. A period of moving back and forth across the USA, 6 times in 8 years, finally resulted in settlement in the eastern USA. Upon finally deciding to stay in the east, one last trip was needed to the west by the author. During this trip, GOD brought an understanding to the author which changed everything and led to the writing of this book.