Alone in a hunting cabin, off-grid in an untamed wilderness. How does a marriage come to this?


After John disappeared while hunting—presumed dead from a bear attack—Cameron found the crime photos. His role in the recent Seattle serial murders was discovered. The media destroyed her reputation. She lost her dental practice, is on the brink of losing her home.

This is one of those “gotcha from page one” books. This is not a long book, 266 pgs. I did it in a sitting. I just couldn’t quit. It isn’t as if this was a scary book, its suspenseful. If I say it made me “sit on the edge of my  seat” you are going to accuse me of using one cliché after another. But hey...it’s the truth.

Audrey J. Cole isn’t just good at storytelling, she is great at drawing pictures of her characters and their surroundings too.  I think this made the whole story more real. A great read.

This author has many books published. ALL of them have good reviews.

Everyone has a secret. But if her husband could hide the unimaginable from her, who’s to say he’s truly dead?

“What brings you so far from home?” the Alaska State Trooper had asked. The truth.

The next photo sent goosebumps down Cameron’s limbs and to the top of her scalp. Despite the fire crackling next to her, the cabin suddenly felt cold. The same woman was now obviously deceased. 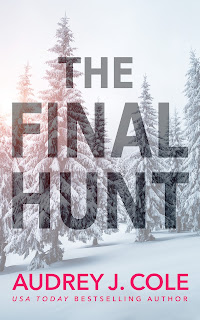 She lay on her back. Naked. Her skin mottled and a marbled gray. Her lips were a bluish purple, and her eyes were closed. Severe bruising lined her neck. Cameron put a hand over her mouth and clicked to the next photo. It was of the same woman, only zoomed out.

The woman was lying on a bed. Her skin looked even more ashen next to the red bedspread. Cameron looked away and racked her brain for why John would have had these photos. Maybe he’d gotten them from a client he defended. Though it was unlike him to keep evidence like this lying loosely inside his bookshelf.

Cameron clicked to the next photo. She gasped as her glass slipped from her fingers and shattered on the wood floor between her feet.

She stared at the hand-carved cedar bedframe the dead woman was lying on. It was the same bed Cameron had slept in last night. A shirtless man stood at the end of the bed, his reflection captured in the photo by a large mirror above the headboard. He was looking down at the dead woman, and he aimed his black Nikon toward her for the photo.

Cameron recognized the man immediately. She’d know that face anywhere. It was the face she’d been missing and grieving over for the last three months. It was John. 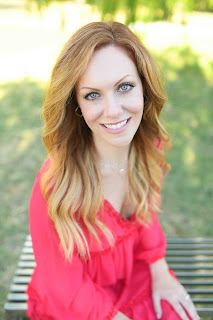 Audrey J. Cole is a registered nurse and a USA Today bestselling author of thrillers set in Seattle. Audrey J. Cole is a USA TODAY bestselling thriller author. Before writing full time, she worked as a neonatal intensive care nurse for eleven years. She lives in the Pacific Northwest with her husband and two children.