Book One Lexi
Dark Fantasy / Horror
Date Published: ‎March 27, 2022
Publisher: ‎Mindstir Media
What would you do if the slashers from horror movies didn't stay inside the screen? Would you run? How far could you get? Would you fight? For how long? Could you do what was needed to survive?
For us none of those questions are hypothetical they are something that we have to answer day in and day out. Horror movies slashers are something that we have had to deal with for close to twenty years now. At first, we ran, wouldn't you? Then we reach a turning point where running and hiding was not cutting it anymore. No now it was time for us to take the fight to them. The killers are now the ones being hunted by us. 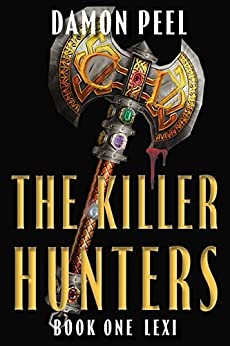 That being said it might be time to recruit a new member, after all it is not like I will be around forever to protect Lance and stick it to the killers.

Damon Peel was born in Bedford, Indiana, but spent most of his childhood in Texas. As he neared adulthood he would move back to Indiana. Damon spent most of his time either watching horror movies or professional wrestling. Damon and his childhood friend would often pretend at night that they were in a horror movie. This game or activity would continue for Damon as he grew up. He would also attend college majoring in history due to his love of ancient mythologies.
Purchase Link
Amazon