A tale beyond the waves....

Stanley is going through the motions of life, endlessly seeking employment in the pages of the daily newspaper and frequently coming up short. When he receives a call from his friend, Mrs Anderson, a widow whose only son is giving her cause for concern he thinks the young man is just looking for some space away from his interfering mother. 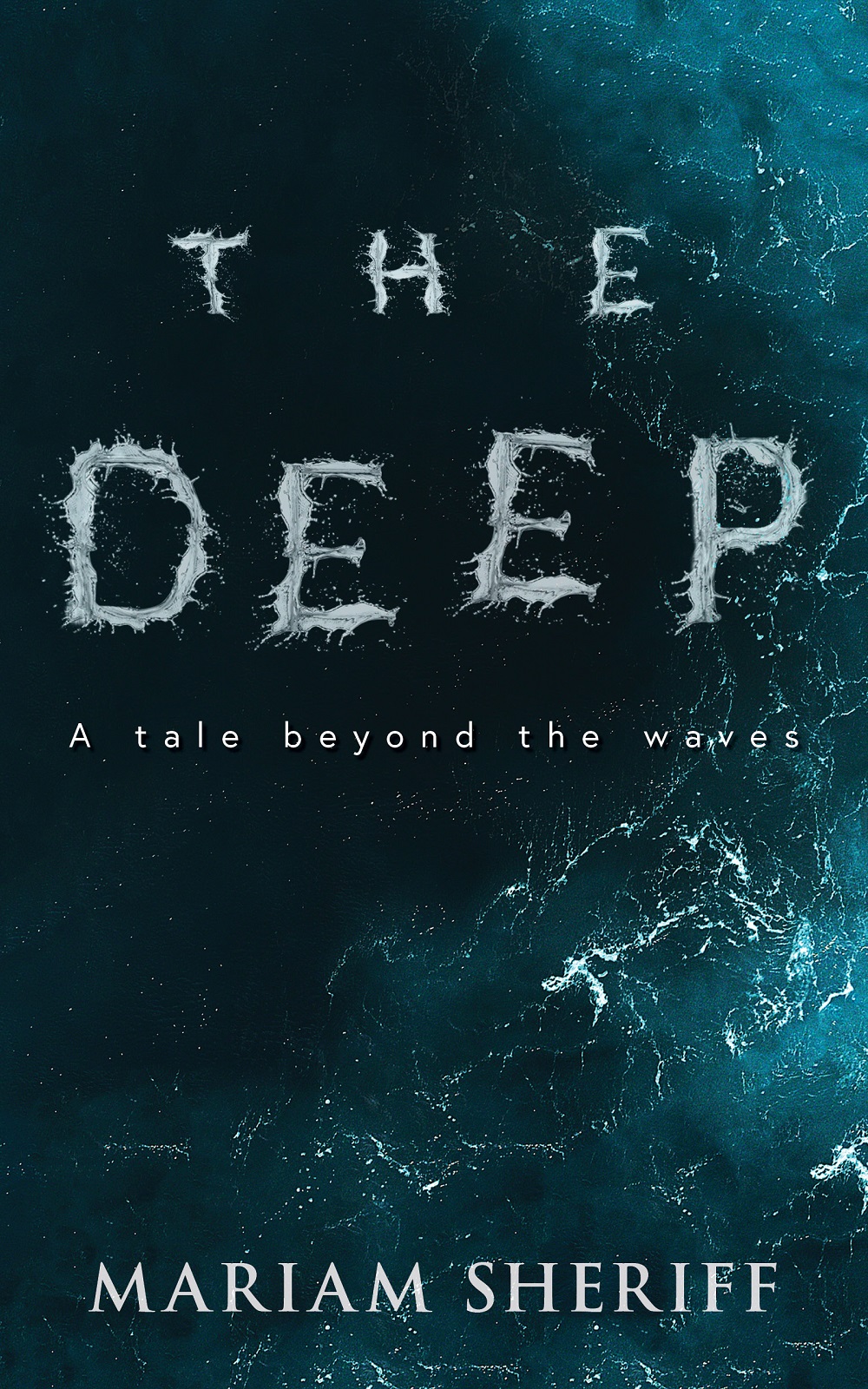 Stanley’s initial scepticism soon gives way to fears that Mrs Anderson was right about Jason when he witnesses him being kidnapped. Trying to save him, Stanley is also taken by the group and finds himself and Jason far out to sea on a boat. And it’s clear the kidnappers want rid of them both.

Certain of his impending death, Stanley is rescued at the last moment by a woman named Lythea. Her ability to breathe underwater is astounding enough but when Stanley finds he too has the same talent it signals the beginning of an epic adventure beneath the waves, as he desperately tries to track down Jason’s kidnappers and save him from a watery end.

Can Stanley get to Jason before he is killed? And what are the secrets behind his amazing new power? Stanley is about to discover more about himself and his family than he ever imagined. 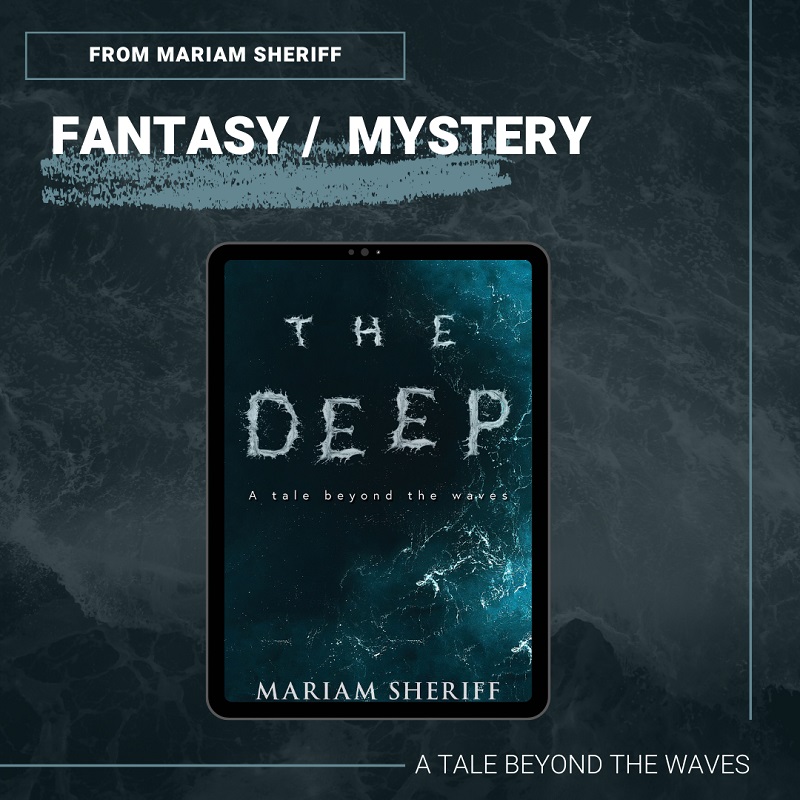 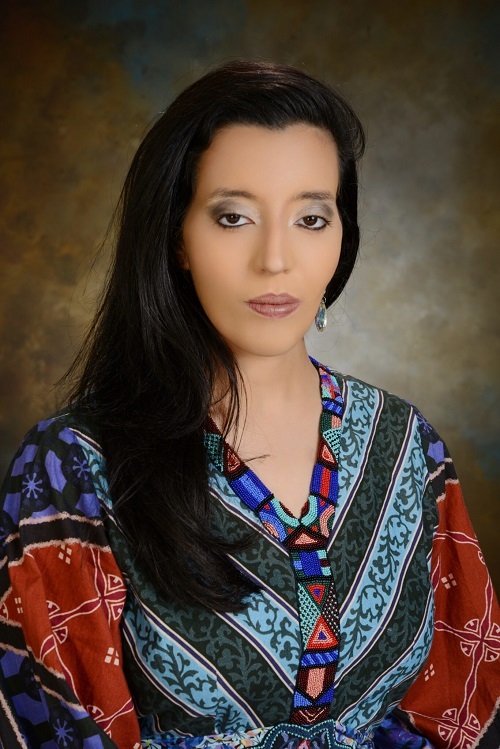 Mariam Is a Mechanical Engineer from Saudi Arabia. Despite majoring in an engineering field, she never forgot her true passion which is writing and literature. Her father encouraged her love for reading from a very young age. That at the age of 12 she had already finished reading many books by some of the most widely acclaimed novelists, Such as Victor Hugo, Charles Dickens, and Fyodor Dostoevsky.

Mariam took an interest in writing, though she never had the determination to become a published author until recently when she completed writing her last novel The Deep.  It was a story that she enjoyed writing so much that she really wanted to share it with the world.

Mariam was busy with her studies during the time she started first mapping out this book’s initial plot. Nevertheless, at any given time she would turn to writing, which helped her escape the stresses and routine of daily life by immersing herself in the details of her story. Which revolves around a mysterious empire deep under the ocean, a place with no shortage of wondrous adventures, and where breathing underwater and mingling with unusual ocean creatures was possible.

It took Mariam many years though to study marine life, and learn more about the ocean in order to be able to build the events in her story. She carefully crafted every detail to weave an anecdote that merges the beauty of the ocean with the art of story-telling. Moreover, her aim was to capture the essence of this hidden realm beneath the waves. And introduce the reader to a glimpse of its magic.

Mariam conceived the idea of the Deep in 2014 when she heard about a friend who got into a terrible diving accident. Fortunately, all turned well for her friend. But this incident captivated Mariam’s attention and she ended up writing the accident’s details on a note. These notes were later developed into a plot. But Mariam had writer’s block and she was about to give up working on the book. During this time, she moved to Australia. She would often wander, and hike parts of this beautiful country’s wilderness. One of the places she would come to love the most is called the great ocean road. A coast area that overlooks beautiful ocean sceneries, these trips helped revive Mariam’s dream to continue writing the story, and finally, bring The Deep to life.

Moreover, Mariam would go snorkelling regularly in order to envision and experience fully the world that her characters are experiencing. Whether it was the murky waters, the beautiful corals, strong water currents, or even not so friendly fishes.

Although finishing the manuscript was a very daunting task, especially since Mariam had to translate her own book from Arabic to English herself. It was an experience that she fully enjoyed, Learned a lot from, and helped her dive into a world that is immensely mesmerizing and not fully explored.