Fruit of the Poisonous Tree

Fruit of the Poisonous Tree begins the riveting Spider Green Mystery Thriller series. If you enjoy razor-sharp dialogue, strong-willed people, suspense, twists, and high-octane action, then Faydra "Spider" Green, the intrepid female sleuth and unpretentious hero in this taut, fast-paced adventure, will appeal to you.

"Fay is a kick-butt adrenaline-rushing heroine who knows how to hold her own. Norm Harris is a brilliant author who knows how to write thrillers," said N N Light Amazon "Vine™ Voice" reviewer.

Every now and again, a unique story comes our way, a story unlike any we may have read before. Such is Fruit of the Poisonous Tree, author Norm Harris's critically acclaimed legal military mystery thriller. The story's focal point is Faydra "Spider" Green, a dedicated Navy JAG lawyer who has lived her life in the shadows of a great and powerful man: her father, former President of the United States William Green. Green cannot heal the wound in his relationship with his daughter. His former power and influence curse Faydra and cause her to wonder if her accomplishments were her own doing.

A lawyer by trade, Faydra is both anxious and excited as she undertakes her first homicide investigation —the brutal murder of a Navy SEAL She reasons that a successful investigation will provide her the opportunity to validate her sense of self-worth. Faydra soon realizes that the accused man, a Special Ops Marine war hero, may be innocent thanks to her remarkable deductive abilities. The Navy is using her as a pawn in a complex cover-up.

Meanwhile, a seasoned Navy Sea Captain, Egan Fletcher, whose wife had died eight years earlier, struggles to balance his Navy career with raising a son. When the Navy purposefully pairs him with Faydra in a meeting, the two Navy officers embark on an adrenaline-pumping adventure. It is a top-secret mission- impossible that will take them halfway around the world in an attempt to avert a catastrophic act of terrorism in the form of biological warfare.

Set against the dramatic backdrop of Washington State's Puget Sound and the mystique of East Asia, Fadra's story revolves around a woman who appears to be as pure as the driven snow—yet, she is driven by an insatiable need to complete any assignment, no matter how dangerous. Along the way, she transforms into a symbol of hope, perseverance, and a woman's ability to overcome life-threatening events.

Fruit of the Poisonous Tree is the first book I have read written by Norm Harris. I most certainly was not disappointed.

Having to follow a legend and live up to the expectations of those around you is a tough role to fill. Faydra Green does that, but it is not an easy road to get there. Norm Harris has written an excellent thriller and, in the process, created a great character. Lt. Commander Faydra Green is the daughter of a former President. She’s a lady that’s tough, wants to make her own way, and is at times as scared as the rest of us. I loved her.

There’s plenty of intrigue here. What one might call the perfect spy thriller. But I think Norm Harris has created a story that isn’t your everyday spy thriller. While it pretty well takes you on a roller coaster ride of thrills, underneath there really is a story of people and their strengths and their fears. It made it much more of a joy to read.

Fruit of the poisonous Tree is Book 1 of a series titled  “Spider Green Mystery Thriller Series”. To date it looks as if there are 4 books in the series. After reading this one, I’m hoping he’s working on Book 5.

Fay turned and descended the ladder to the waiting boat. She dug deep into her soul to gather what courage she now carried with her to the dark and foreboding place known to all seafarers as “Davy Jones’ Locker.”

The frigid night air slapped her face as the small boat raced across the flat surface of the night water; sea spray soaked her face and hands. She squinted and fixed her gaze on the wall of black now standing before her. I’m going to need severe beauty salon time when I get back to civilization, she thought.

Shortly after, the boat arrived at the prescribed dive location. The dive team donned their facemasks and tested their gear—then, one by one, the divers rolled backward from the boat and into the water. Fay was last to leave the safety of the small boat.

The cold salt water stung her skin momentarily, until the thin layer of water between her skin and her wetsuit warmed to a tolerable temperature. She bobbed on the surface for a moment, then flicked on her underwater torch. Fay then slipped beneath the water’s surface and began her descent toward the bottom.

The wreck was ninety feet below. The Carr came to rest upright on the edge of a reef. The ship had not completely settled and was subject to shifting with each tide change. All good reasons for her to exercise extreme caution.

Nothing could have prepared Fay for the frightening feeling she experienced as she struggled to see and gain some sense of direction. She could tell she was sinking, but only because the luminous dial of her depth gauge so indicated. Following the eerie flickering lights of the three torches preceding her, she suppressed her fear and the feeling of claustrophobia by thinking of those people nearest to her heart.

Occasionally, the glow cast by the divers’ torches below her would momentarily disappear. She supposed—prayed—it was perhaps Romeo or Juliet passing between her line of sight and the torches, temporarily interrupting the beams of light, rather than a predator.

Fay grew fascinated by the many air bubbles emitted by the divers, reflected in the light of their torches’ eerie glow. Like a surreal field of vapor flowers, they appeared and disappeared as they slowly wobbled toward the surface. Fay reached for a bubble but instead found it to be a jellyfish, not a bubble as she had first thought.

Fay stopped sinking. Although she could not see it, she assumed they had reached the wreck. She brought her wrist to within inches of her face to check the luminous reading on her depth gauge. Eighty-seven feet.

She strained her eyes in a vain attempt to see through the black water. Fay may as well have been swimming in a cup of Seattle’s Best Coffee. All she could see was the light from the torch she held in her hand. She experienced complete disorientation. No up, no down. Someone, Andrew Lawrence perhaps, grasped her wrist. He was dragging her somewhere. She saw a deck rail, then a deck, and finally passed through a hatchway. They were now inside the Carr. There was only one light ahead of her—Andrew’s. 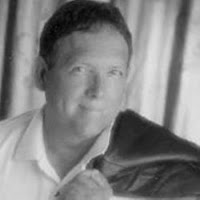