The Orientation of Dylan Woodger

Solving mysteries is never easy. Dealing with an infuriated mob boss and acute amnesia only makes it worse.

"The Orientation of Dylan Woodger" is the story of a young man who is torn between his capacity to do evil and his desire to do what’s right. This book explores racism and feminism, and addresses controversial topics such as male rape, hate crimes, and misogyny toward women. Readers may be disturbed by the characters, but the book aspires to be hopeful, as these characters ultimately succeed in finding some measure of humanity.

Dylan Woodger is a college student who is captured and tortured by the mafia. After amnesia obscures the last three years of his life, Dylan learns that he has stolen three million dollars from a ruthless mafia boss. When, how, and why – he doesn’t remember. But someone betrayed him and gave him a drug that erased his memory. He was then given over to be tortured.

Determined to recover his memory, Dylan begins delving into the events of the past. But as each new piece of the puzzle falls into place, Dylan realizes that no one is who they seem . . . especially himself. People who claim to be his friends are hiding secrets from him. And his girlfriend is beautiful, but that’s all he knows about her. Who are these people? And who is Dylan? Even he doesn’t know! But he has links to rapists, white supremacists, and murderers. And his quest for the truth is made even more complicated by the presence of assassins, gangsters, and detectives.

There are so many unanswered questions . . . But first, Dylan must survive the torture.

This book was a good read and yet not really my type of read. While everything does not have to be sunny for me to enjoy a book, this is a dark story. There are subjects that should be brought up and talked about, but there is a lot of violence in this story.

This is not badly written at all. It moves quickly, and the more I read, the more I got involved. I would not say this was slow to start, it just took me a while to become acclimated to Dylan and all of the characters. On the other hand, it didn’t by any means take me as long to catch on as it did Dylan to figure out what happened to his missing days. 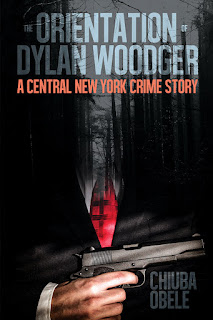 As the men approached, their boots crunching on twigs and fallen branches, I rushed over to them. I kept my left arm still — the pain of moving it alone caused my vision to flash white and my ears to ring. I stumbled a bit, but soon I could see them clear enough. The men wore plain clothes, just any random winter jacket and jeans someone might get at the nearest Walmart. They weren’t uniformed as you would normally expect police to be.

“Thank goodness you’re here. I thought I would freeze to death.”

The men looked at each other in confusion, until one of them finally said, “Are you here with anyone?”

“No,” I replied. “I found myself tied up and managed to escape, just before you got here.”

“This guy is lying to us,” one of them said. “This must be an ambush.”

“An ambush? What are you talking about?” I struggled to keep my voice even. “I just woke up, and I haven’t seen another person until you guys showed up. I’m glad you got here, though. Can you please take me home?”

Just at that moment, one of the men pulled out a gun and pointed it at me. My hands flew out in front of me, and my blood ran cold when I saw the barrel. “Wait, hold on! What are you doing?”

“You better tell us right now. Is this an ambush? ’Cause if bullets start flying, you’ll be the first one to die.”

“So where’s our money?” he demanded.

I was confused. Then I thought I had pieced it together. “Yeah, okay. You guys obviously want money for going through the trouble of finding me. That’s fair. My mother’s pretty well off, and she probably offered a reward to find me. I’ll make sure you get it. That’s how these things work, right? So can you please take me home now?”

The man kept the gun pointed at me. I heard a click and knew he had cocked it. I realized then, that this was no ordinary search party. 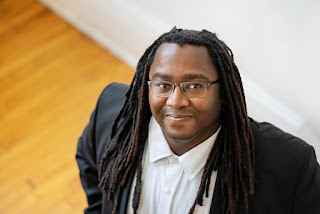 CHIUBA EUGENE OBELE is a poet, writer, and author of The Orientation of Dylan Woodger: A Central New York Crime Story. He can usually be found reading a book, and that book will more likely than not be a crime fiction novel. Chiuba lives and works out of his home in Boston, Massachusetts. When not absorbed in the latest page-turner, Chiuba enjoys spending his summers vacationing with his parents, siblings, and nieces and nephews.