This post is part of a virtual book tour organized by Goddess Fish Promotions. Kevin R. Doyle will be awarding a $10 Amazon or B/N GC to a randomly drawn winner, and a second drawing for a free e-Book copy of the book, via rafflecopter during the tour. Click on the tour banner to see the other stops on the tour.

They kept to the shadows so no one would know they existed, and preyed on the nameless who no one would miss. Where did they come from, and who was protecting them? In a city that had seen every kind of savagery, they were something new, something more than murderous. And one woman, who had thought she had lost everything there was to lose in life, would soon find that nothing could possibly prepare her for what would come when she entered their world. 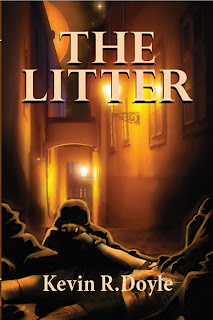 “Still think it was a dog?” her partner asked.

“What else could it have been? It doesn’t take the ME over there to know that this guy’s been all chewed up.”

“What I’m getting at is it may not have been a single animal.”

“Come again? Are you thinking of a pack or something?”

“Well,” Gonzales said, “just looking at it . . .” He waved his arm in the direction of the mess on the pavement.

“That’s insane, Enrico. Who the hell ever heard of a pack of dogs attacking people in the middle of a city?”

“You ever hear of one dog doing anything that even remotely looks like that?”

“What about rats?” she asked the older cop, fearful he would laugh in her face.

“I actually thought of that myself for a moment there. It’s not the most far-fetched of possibilities.”

“Not at all. Once, I saw what was left of an old wino eaten by rats, back when I’d been on the force not much longer than you have. But that was a guy who’d crawled under the porch of a house, probably trying to escape the weather. Besides, long ago as it’s been, from what I remember, that body didn’t look anything like this.”

“Not really, no. It looked more like he’d been nibbled on till he was worn down to practically nothing.”

Pam pointed towards the corpse.

“That’s not a bunch of nibbles,” she said. 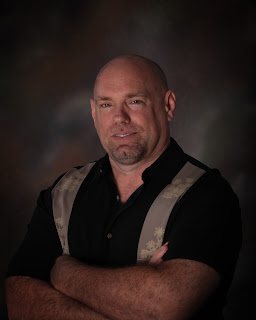 A high-school teacher, former college instructor, and fiction writer, Kevin R. Doyle is the author of numerous short horror stories. He’s also written three crime thrillers, The Group, When You Have to Go There, and And the Devil Walks Away, and one horror novel, The Litter. In the last few years, he’s begun working on the Sam Quinton private eye series, published by Camel Press. The first Quinton book, Squatter’s Rights, was nominated for the 2021 Shamus award for Best First PI Novel. The second book, Heel Turn, was released in March of 2021, while the third in the series, Double Frame, came out in March of 2022.

Email ThisBlogThis!Share to TwitterShare to FacebookShare to Pinterest
Labels: horror