Things get worse when Kellan wakes up in a twisted world where people have magical abilities and high-tech weaponry. It turns out, Kellan’s stalkers want him to participate in a deadly competition—whether or not Kellan agrees.

Forced to compete in the infamous Nexus Games, Kellan must risk everything to survive the competition and save the other members of his ragtag team. Their new motto quickly becomes: Situation Normal: All Fouled Up.

A litRPG thriller with high-tech magic, set in a game for the ultimate prize. 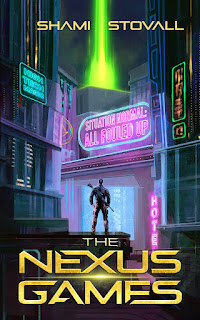 He stepped into his 700-square-foot abode and then hung his keys on the ring by the door. The sterile living room, complete with one couch, a lonely TV, and a cheap coffee table, had all the welcoming charm of a motel lobby. No pictures hung on the walls, no plants filled the corners. Everything was neat, but everything amounted to three plates and a fork stacked in the attached kitchen sink.

Mavis followed Kellan inside and took note of the surroundings. She walked, scanning every inch, until she stopped behind the dusty couch.

“Thank you. I decorated it myself.”

Mavis pointed to the dark-green suede couch, the off-white coffee table, and then to the black flat-screen television. “I see you have an eye for cohesion.”

“What can I say? I don’t like to discriminate. All colors are equal.”

Kellan peeled off his wet sweatshirt and shoulder holster, tossing both onto the kitchen counter. Mavis followed suit and removed her own sweatshirt. She had changed her outfit after work. As a bartender she wore form-fitting jeans and a black T-shirt. As a civilian, she wore a pair of low-riding cargo pants and plain gray T-shirt.

Not much of a difference.

He understood why the tips would be higher in her bartending outfit, but he also understood the need to be comfortable. Women’s clothing baffled Kellan from time to time. He had seen torture techniques less sadistic than some fashionable high-heels, and he appreciated the fact Mavis wore a practical pair of black flat top shoes.

She gestured to the walls. “No pictures?”

“None? Why not pictures of your family? Your mother and father?”

“I thought it would be depressing to have pictures of tombstones on the wall.” It was a dark joke, but Kellan couldn’t take it back now that he had said it. With a chuckle, he tried to play it off.

This is an author with a really great imagination. I read another of her books and basically said that I wasn’t into magic and fantasy and yet she kept my attention. The same is true in The Nexus Games. It really is like being in a game or at least it made me perceive it that way. Interesting characters and a good read.

Shami Stovall has several books published all of which have good reviews. 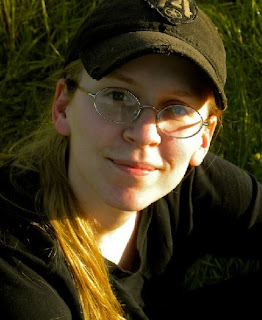 Shami Stovall is a multi-award-winning author of fantasy and science fiction. Before that, she taught history and criminal law at the college level, and loved every second. When she’s not reading fascinating articles and books about ancient China or the Byzantine Empire, Stovall can be found playing way too many video games, especially RPGs and tactics simulators, or hugging John.

If you want to contact her, you can do so at the following locations: